Marrakech {Where We Stayed}

In Marrakech, we stayed at the lovely Riad Le Clos des Arts. We would recommend it to anyone - this traditional home turned boutique hotel is absolutely beautiful, full of authentic charm, and within the walls of the Medina. The owners, Massimo and Giorgina, and the staff were exceptionally hospitable, helpful, and kind and we felt incredibly well taken care of. The riad is so calm and peaceful and was the perfect place to come back to after a day of exploring the Medina. It was such a wonderful contrast to the constant sights, sounds, and smells that are right outside the door. 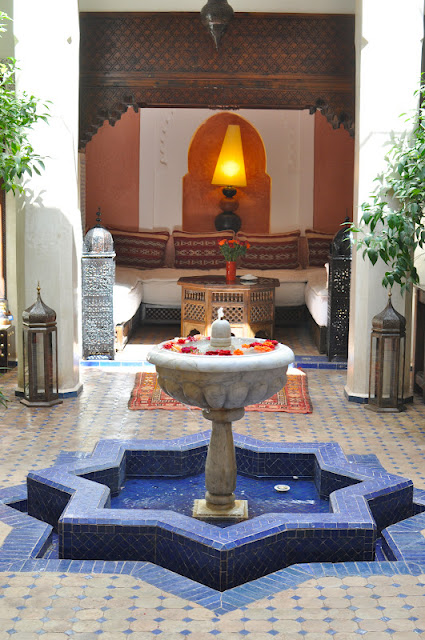 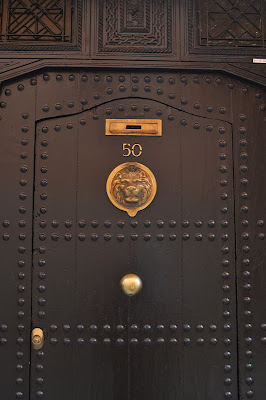 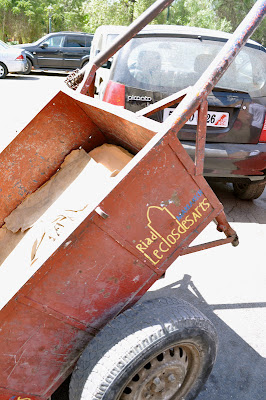 Our luggage was carried to the riad in this wheelbarrow - the only way to get it through the narrow streets. 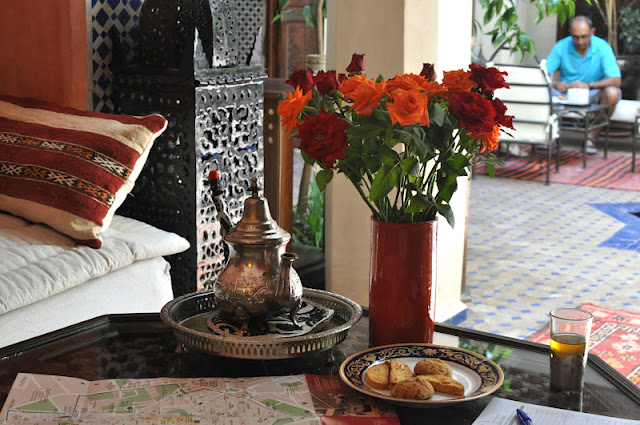 We were greeted with mint tea and cookies. Then the owners gave us maps to keep and went over the different areas of the Medina. This was so thoughtful and incredibly useful.
Read mas »
Posted by Meghann G at 3:18 PM No comments:

Taking a little break from posting about Marrakech...

Almost titled this post "big news!" but when you're married and 30, you have to be careful about when you break out that phrase (especially with exclamation points). But we're excited (exclamation points included) because we're on the move. Not out of Spain, just to a new neighborhood and a new house! And it has a pool! 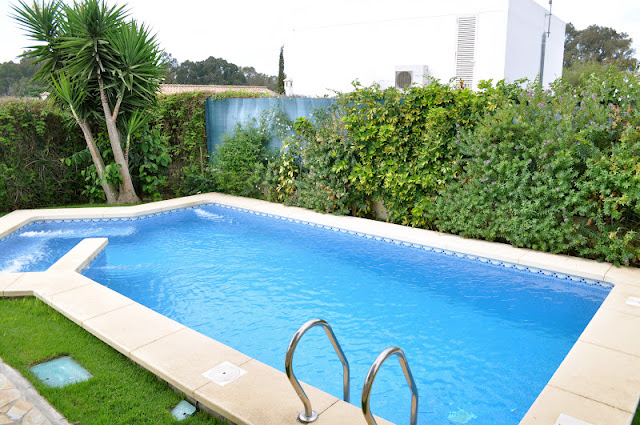 Now, some people might think we have lost our minds, because we are voluntarily moving, which will be the second time in a little over a year, and we just said how settled we were feeling. But we couldn't pass up this house. Our current place was rented by Graham (Meghann was still in the States working and putting the finishing touches on the wedding) and he only had a short amount of time to find a place for us both to move into after the wedding (no pressure). It's been a good house but we definitely feel like the new casa is an upgrade, even though we're actually downsizing. Overall, it's just more our style and a better fit for how we live - less square footage, fewer bedrooms and bathrooms, but a more open floor plan on 2 floors instead of 3. The pool definitely made the decision easier, too. And to be honest, we're just used to moving. In the last 7 years of living together (yeah, we know you can do the math, we've only been married a year - sinners), we've lived in 7 different houses - for us, a house is a temporary thing.


Luckily this move is a little less intense than our Virginia-to-Spain adventure last year and we're doing much of it ourselves (some friends were kind enough to trade their SUV for the Mini for a few days). So, we spent most of the weekend moving as much as we could carry over to the new place, with a couple breaks to lounge by the pool and cool off, of course. 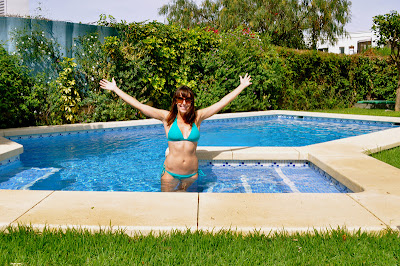 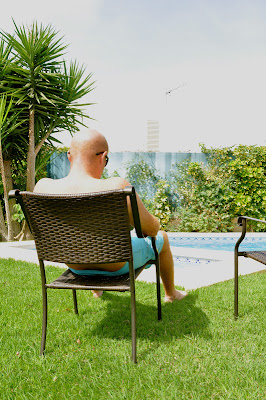 For all of you enjoying the start of fall and cooler temperatures and posting about it non-stop on the internet (looking at you, East Coasters) - we might not need to break out scarves and don't have pumpkin flavored everything, but we went swimming. Outside. In late September. 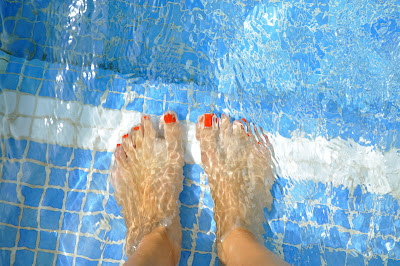 We'll be working on the move for the next 2 weeks and will keep you updated along the way. We promise we'll post more pictures, but here are a couple of snaps for now. 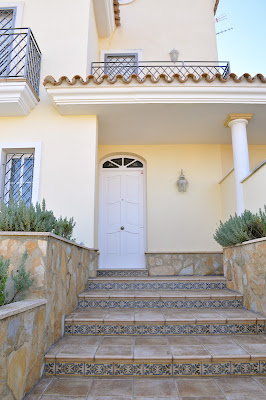 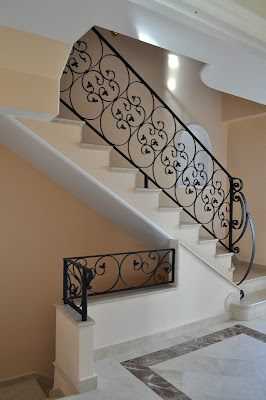 So, what do you think? Are we crazy or crazy-like-a-fox (we know there is some amount of crazy involved)?

In Marrakech, we didn't just wander the streets of the Medina aimlessly, taking it all in and taking a million 900 pictures. Although we enjoyed getting a little lost, not sure of exactly where we were going, then using the main square as a landmark to find our way back, we had also heard that hiring a tour guide was a great way to see parts of the city that you normally wouldn't. When we travel, we normally try to get around by ourselves, relying on a guidebook, Meghann's iPhone, and our Graham's keen sense of direction, but in a place like Marrakech taking a guided tour turned out to be a good idea. Not only did our guide know how to quickly navigate the tangle of streets, he also knew the area personally since he was born in the Medina. Our half-day tour was the perfect way to see some of the tourist highlights along with the everyday life of families living in the old city center. 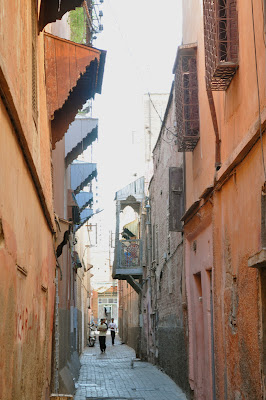 Our first stop was the Mellah, the old Jewish quarter of the city, which has seen better days, but retains character in its narrow streets. 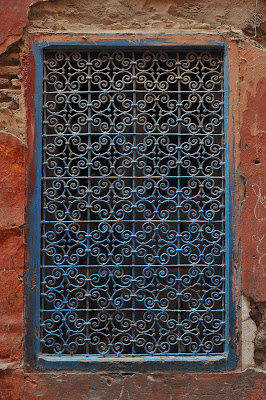 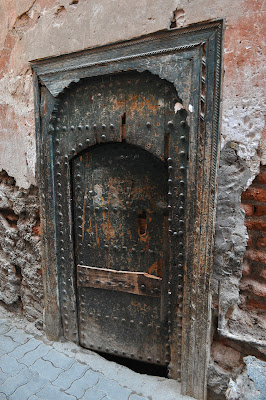 Our good friends, Dan and Emily, flew to Spain from California to visit. And if that's not awesome enough, they were up for a Labor Day long-weekend trip adventure to Morocco. We decided on a few days in Marrakech, which has been at the top of Meghann's list, because we had been hearing such good things and there is a cheap airline (which shall not be named here) that flies directly from Sevilla. An hour flight and some over-priced airline snacks later, we were in Marrakech! 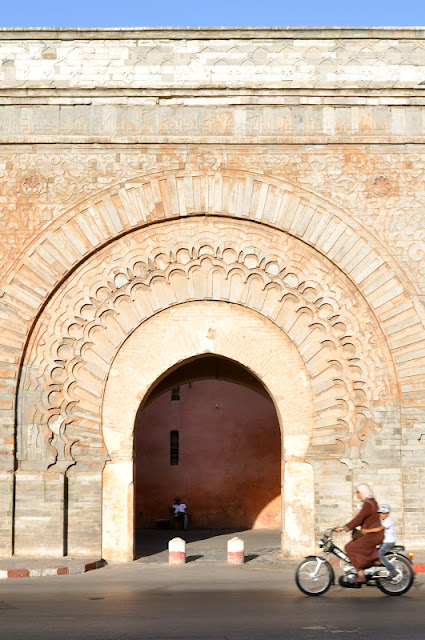 The wall that surrounds the Medina.

We spent most of our time within the wall of the Medina, the old part of the city, which is made up of a large center square surrounded by a web of small, winding, high-walled streets. Those streets are filled with locals, tourists, donkey carts, mopeds, feral cats, and lined by shops selling anything and everything, mosques, hammams, riads, markets, private homes, and cafés. Our senses were completely overloaded with sounds (horns honking, people speaking Arabic, English, French, Spanish, shopkeepers yelling out to tourists, the calls to prayer) and smells, which ranged from amazing (jasmine, spices, orange blossom water) to not so pleasant (all those donkeys pulling carts have to pee somewhere...). 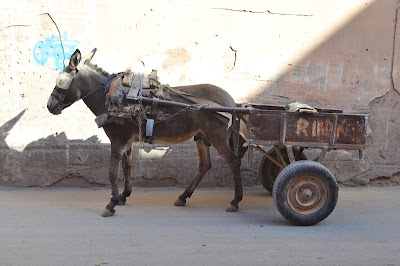 And we loved it - the frenetic energy, the bustling streets, the grittiness, the diversity, the exotic atmosphere. Not the carefully controlled type of exotic that you find at an all-inclusive beach resort, but the real deal, we're-not-in-Kansas-anymore-Toto feeling. It was overwhelming, and 3 1/2 days was the perfect amount of time to spend in the city. Definitely not the type of trip that is for everyone, but one that we would recommend to anyone looking for a unique experience. We also want to emphasize that we felt safe throughout our trip, we made an effort to dress modestly and practically for the (surface of the sun) heat, and used what little French and very little Arabic that we could.

There was so much to take in and that might be why it took so long to put this post together (well that, and our typical procrastination, plus the fact that Meghann snapped nearly 1,000 photos). So enough jibber-jabber, time for pictures! 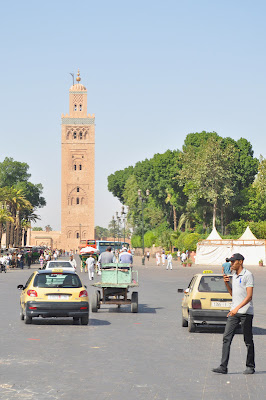 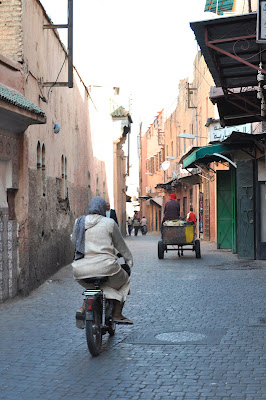 We haven't even posted about our trip to Marrakech yet (best.bloggers.ever), but we went to Portugal for an impromptu (booked the hotel on Thursday night) weekend trip and wanted to share some pictures. It was a great getaway that didn't need much planning. The small town of Luz is a little over 3 hours away by car, we could walk everywhere once we were there, and there wasn't much else to do besides relax on our balcony, go to the beach, sit by the pool, and choose which restaurant we wanted to go to for dinner. 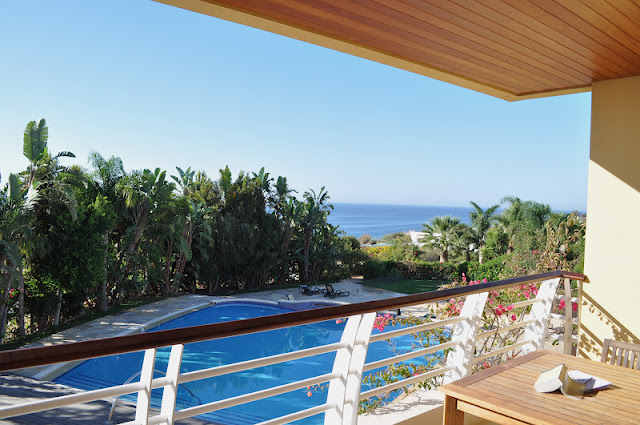 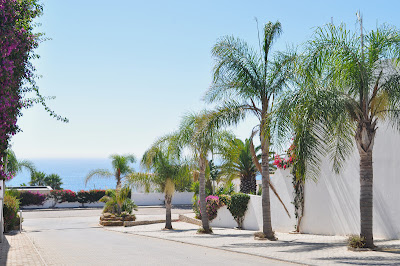 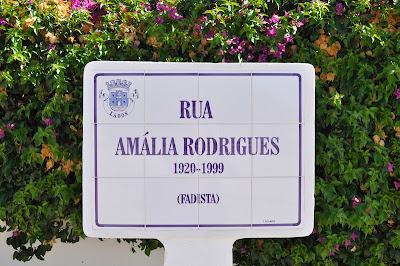 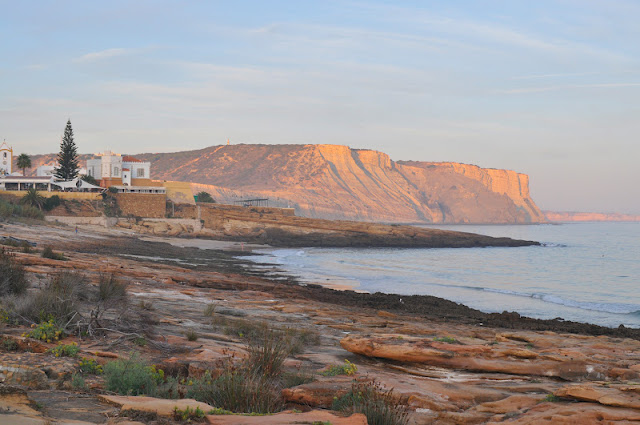