Lo siento. It's been too long. We're sure you thought we were being lazy bloggers, busy going to the playa, eating tapas, drinking cervezas, taking siestas - which we were, not going to lie. But the real problem was that we had a serious lapse in internet connectivity. (Consequently, the post to be titled "Viva Vodafone" has been cancelled.) We are now up and running and able to keep contact with the outside mundo (and all of you wonderful people).

Also in related news, we now have a US telephone numero. Gracias, MagicJack. So, if you want to give us a ring, let us know and we'll send you our number. We wouldn't flatter ourselves by thinking anyone besides our amigos and familia reads this blog, but putting our number on the interwebs just seems like a pretty terrible idea (adios, creepsters!).

Before you get too excited about our triumph over Spanish technology, we should disclose that the A/C unit in the main part of our casa is broken and it is muy caliente - or in the words of Nelly - "Hot in Herre."

So, we threw together this pequeno blog post with pictures from our Madrid-to-Jerez drive, while we sit on the couch and drink agua fria (cervezas). Enjoy! 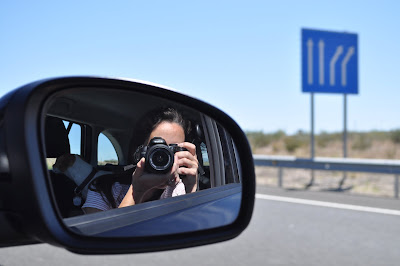 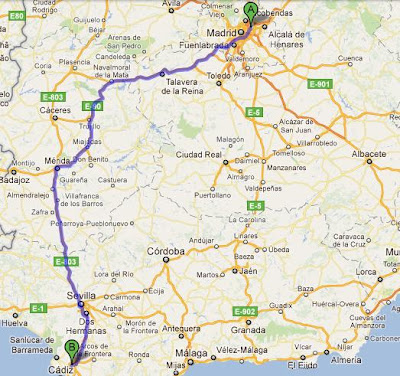 Our route from Madrid to Jerez. 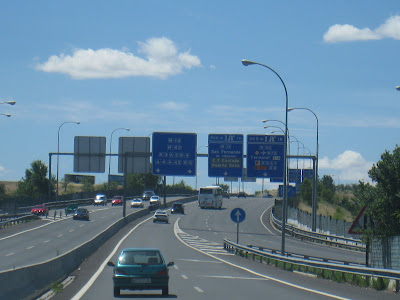 Leaving the aeropuerto in Madrid. 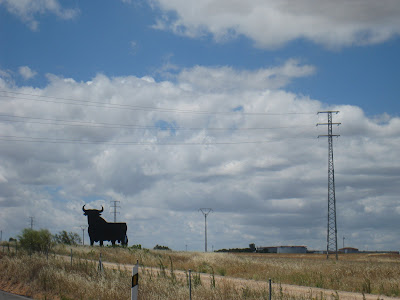 Our first sighting of an Osborne Bull. Marylanders, this is Espana's version of the Boh man. 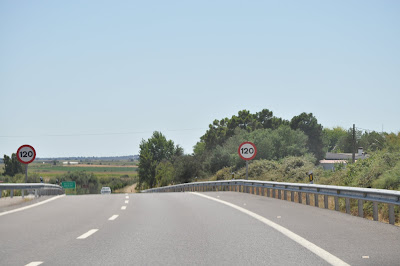 120kph = 75mph for those of you not familiar with the metric system. (Like us. It's a good thing we can set the Garmin to kilometres.) We hope the 75mph speed limit also helps explain the quality, or lack thereof, of our pictures. There was no stopping for photos on this trip! 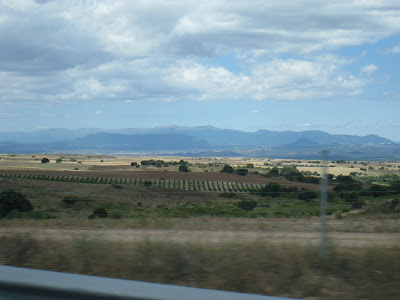 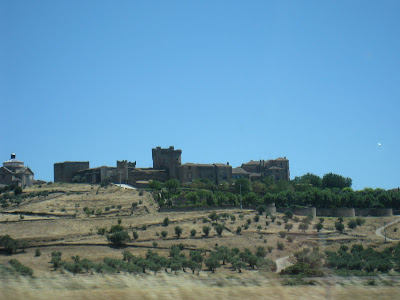 Oropesa, a medieval town outside of Toledo. Its 15th-century castillo was visible from the road. 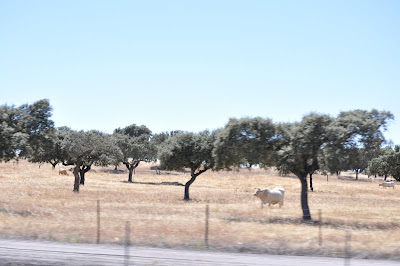 Olive groves and cows (a real one this time) were common sights. 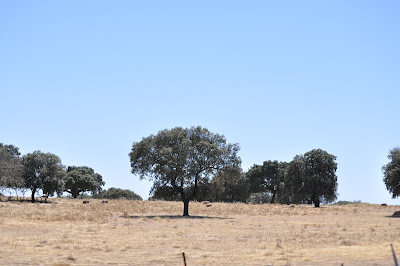 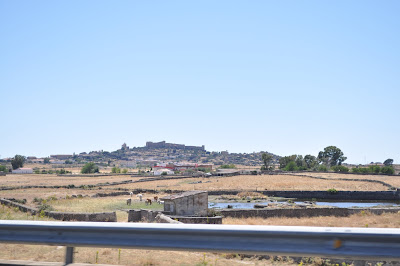 Trujillo, another medieval hilltop town, from a distance. It's strange how many more medieval towns you come across in Spain than in Norfolk. Hmmm... 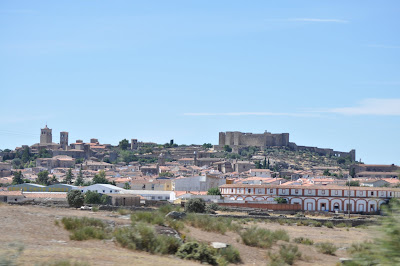 Trujillo is home to the Iglesia de Santa Maria la Mayor, a couple of palacios, and an ancient Islamic fortress, as well as the birthplace of Francisco Pizarro the conquistador. Meghann also noted that it hosts a 4-day queso fair each spring. Cheeeese!!! 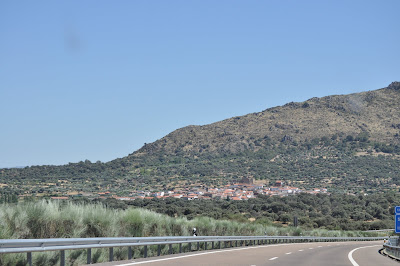 There are many other towns that we passed on the drive that are smaller, but equally beautiful. 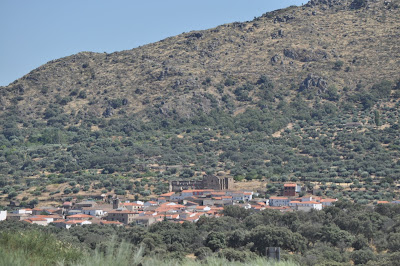 Like the tiny pueblo of Santa Cruz de la Sierra, tucked in a valley and home to only 274 inhabitants. 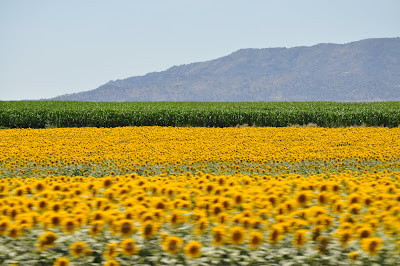 As we drove further south, we were surrounded by fields of sunflowers 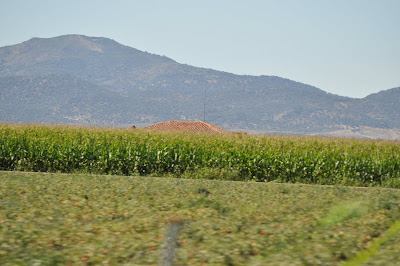 and corn (which made Meghann's Eastern Shore corazon happy). There were also citrus trees, grape vines (You know what that means! If you said grapes, we're not amigos.) and rice fields. 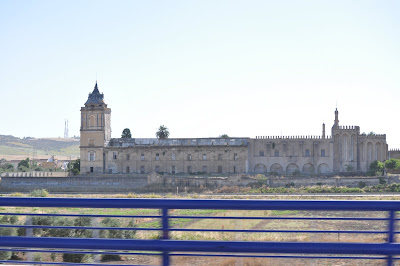 Before we knew it (Ha! Let's get serious, we had been traveling for 23 hours, no amount of sunflowers was going to change that) we were passing Sevilla and in the home stretch of southern Spain.

Despite being tired, we were overwhelmed by the beauty of the Spanish countryside. We were also surprised by the sheer amount of agriculture and presence of solar panels and modern windmills (not the ones Don Quixote fought, but the kind that give Meghann the creeps.) Freaky windmills aside, Spain has already revealed itself to be a mix of the best of old and nuevo. So, when are you coming to visit?
Posted by Meghann G at 7:20 PM