US versus España: Airports!


It's a pretty rough time in the casa currently, due to circumstances related to our trip back to the States, but I'm just not ready to address that on the wide-open interwebs. So in the meantime, I'm going to blog about something completely unrelated. To be honest, it's a rather silly and inconsequential subject in the grand scheme of things, but that's just the thing I'm in the mood for.

Let's talk about US vs. Spanish airports! 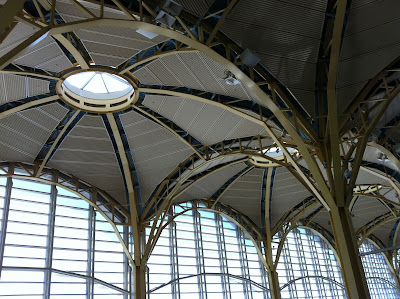 Reagan National - small, but clean, efficient, and with a good selection of food (even sushi!) and stores.

Now, I'm not normally into comparing two countries, especially when I love both, and am willing to overlook their faults in favor of everything wonderful and unique that each has to offer. For example, I miss blue crabs like crazy in España, but the other outstanding seafood and cheap booze generally make up for it. On the other hand, the States has bagels but also favors getting up early (not my thing).

I'm back in España. After a short, but important, trip to the States, we finally got to our casa yesterday around 6 o'clock (in the evening or por la tarde, depending). Both trips there and back were long and involved a seemingly endless combination of planes, trains, automobiles, buses, metro, shuttles, taxis, and even a ferry. 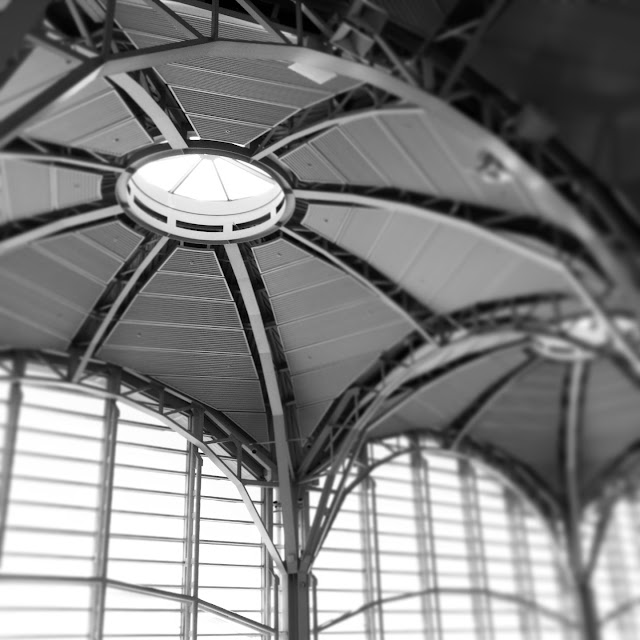 Taken at the third (but not the last) airport of our trip, Reagan National in DC, via my Instagram.

To top it off, on the road from North Carolina to DC on Friday, (first things first, we're totally fine) we were in a car accident. The positives are that everyone involved is okay, it wasn't our fault, and that repairs to the Jeep will be covered by the other driver's insurance.

But it definitely added an extra element of anxiety and to sum it up, I'm pretty exhausted. By the time we walked in the door yesterday I was just so (deliriously) happy to see our pups and be in my own house. I think jet lag is made worse when there is more stress involved with the travel and this trip was a tough one.

Now, I'm trying my best to get out of this 6-hour time difference induced fog. Remedies include: drinking lots of water, getting out into the sun, and attempting to go to bed at a normal time (then failing miserably and watching stupid movies until 3 in the morning).

Have any cures for jet lag?
Posted by Meghann G at 5:24 PM No comments: Links to this post

We are currently in the States. Last Thursday night, we landed in Maryland and drove down to North Carolina the following day. This trip was planned a few months ago and was originally intended as a family beach vacation. Instead, we are at Graham's childhood home on the Outer Banks, spending quality time with his family, especially his mom. 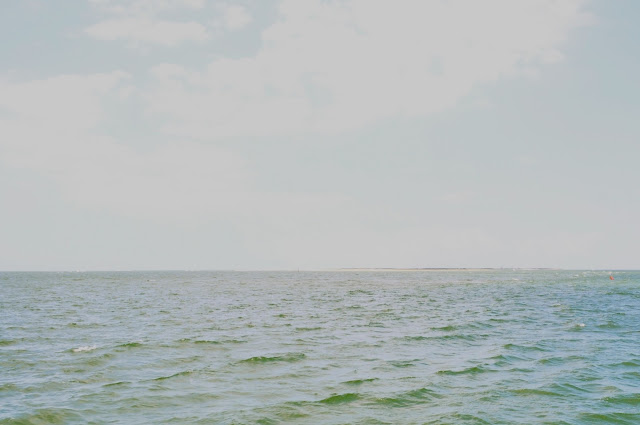 I had intended to share our trip with you all, but due to the circumstances, I'll be focused on more important things. I look forward to getting back to you soon with new posts and pictures, I'm just not certain when that will be. I hope you understand...and I know you do. Thanks for that.

Posted by Meghann G at 3:37 AM 2 comments: Links to this post

A different kind of memorial day

As I began planning our Memorial Day long weekend in Poland, I realized that we would be able to visit Auschwitz, the infamous Nazi concentration and death camp, while we were in Krakow. It is located about an hour and a half from the city and many companies offer day trips that include transportation and a guided tour. We decided that it was a priority for our time in Poland. 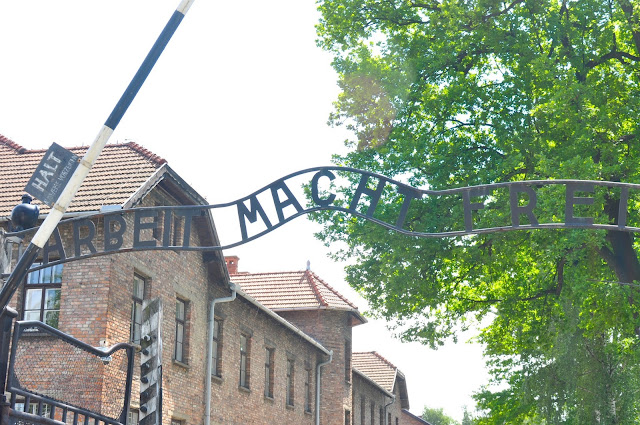 In college, I took multiple European history courses, including one completely dedicated to the Holocaust. I have visited the U.S. Holocaust Memorial Museum in DC and the Anne Frank House in Amsterdam (both of which I also consider absolute musts if you are in either city). I knew that one day I would go to one of the camps, but honestly nothing could have prepared me for what I felt at Auschwitz. 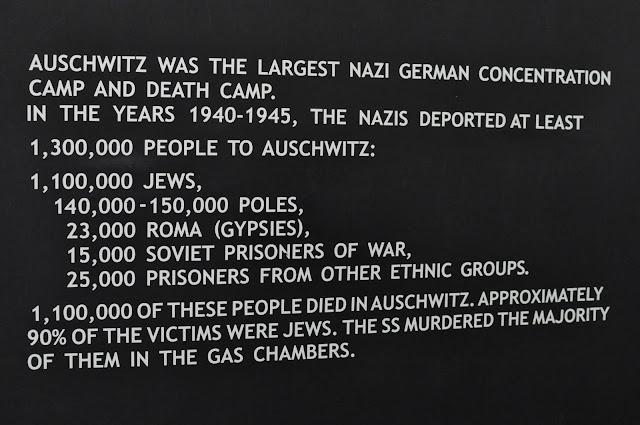 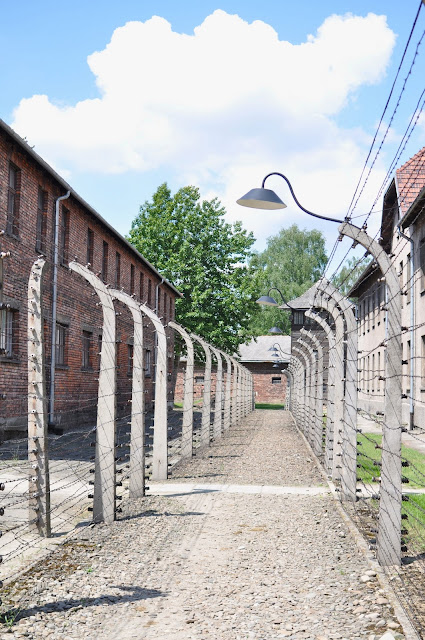 Under the most impossibly blue skies, on a day so sunny and beautiful that it was painful, we visited the location where over 1 million people were robbed of their lives. Mostly Jews, but not all. Men, women, and children. The immensity of that number is incomprehensible. There were moments that the sadness was so immense, the horror so palpable...but there were also stories of such hope.

My mom, sister, and niece just left to go back to the States this morning after spending 8 days with us. I haven't seen them since October (when I went back for my sister's wedding) and this was their first time visiting our place in España. So, even though I've been meaning to share these pictures from our Memorial Day weekend trip, I've been too busy catching up with them, showing them where we call home, and just generally enjoying having a casa full of family.

When planning for the long weekend away, I had only one requirement - to go somewhere new. As much as I love España (and Portugal...and France) I was ready to explore a different area. After a quick internet search for flights we decided on...Poland! 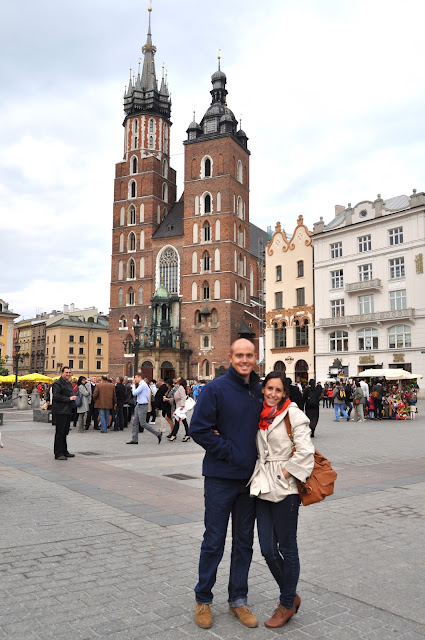 Read mas »
Posted by Meghann G at 5:19 PM No comments: Links to this post