You might have assumed that this would be a holiday recap post, since Monday was the final day of the epically long Spanish holiday season, but no! Because Graham and I aren't even finished celebrating Christmas. Although it may seem like we're trying to out-Spanish the Spanish by waiting to open gifts until after Three Kings Day, really it's because it's taken until now for all of our packages to be delivered (with one still unaccounted for, ahh, the mysteries of the military postal system). So, our Christmas will be happening Friday night. Take that, tradition!

In the meantime, let's get back to Rome!
Our first two days in Rome were spent taking in the city to the fullest, since it was Graham's first time there. In exchange for being an enthusiastic second-time tourist, I wanted a day to do something outside of the city and hoped it would involve sipping wine in the countryside. The rest of our group was interested too, so the day also needed to be kid-friendly, which is not something I normally have to take into account, but it turned out there was a perfect solution.

After a bit of internetting, I came across the wine tour at the Old Minardi Farmhouse, which seemed to be just what we were looking for, but unfortunately wasn't open on Saturdays, the day that we had set aside for our excursion out of the city. I figured it was worth a quick email inquiry...and it most definitely was! I received a reply from Dominique, an American who had married into the Minardi family, and she was more than just accommodating, she was enthusiastic!

On our last full day in Italy, our big group, littles included, headed for the Alban Hills southeast of Rome. Our destination was the small town of Frascati, one of the Castelli Romani, the historic refuge and playground of well to-do Romans for centuries. And now ours for a day! 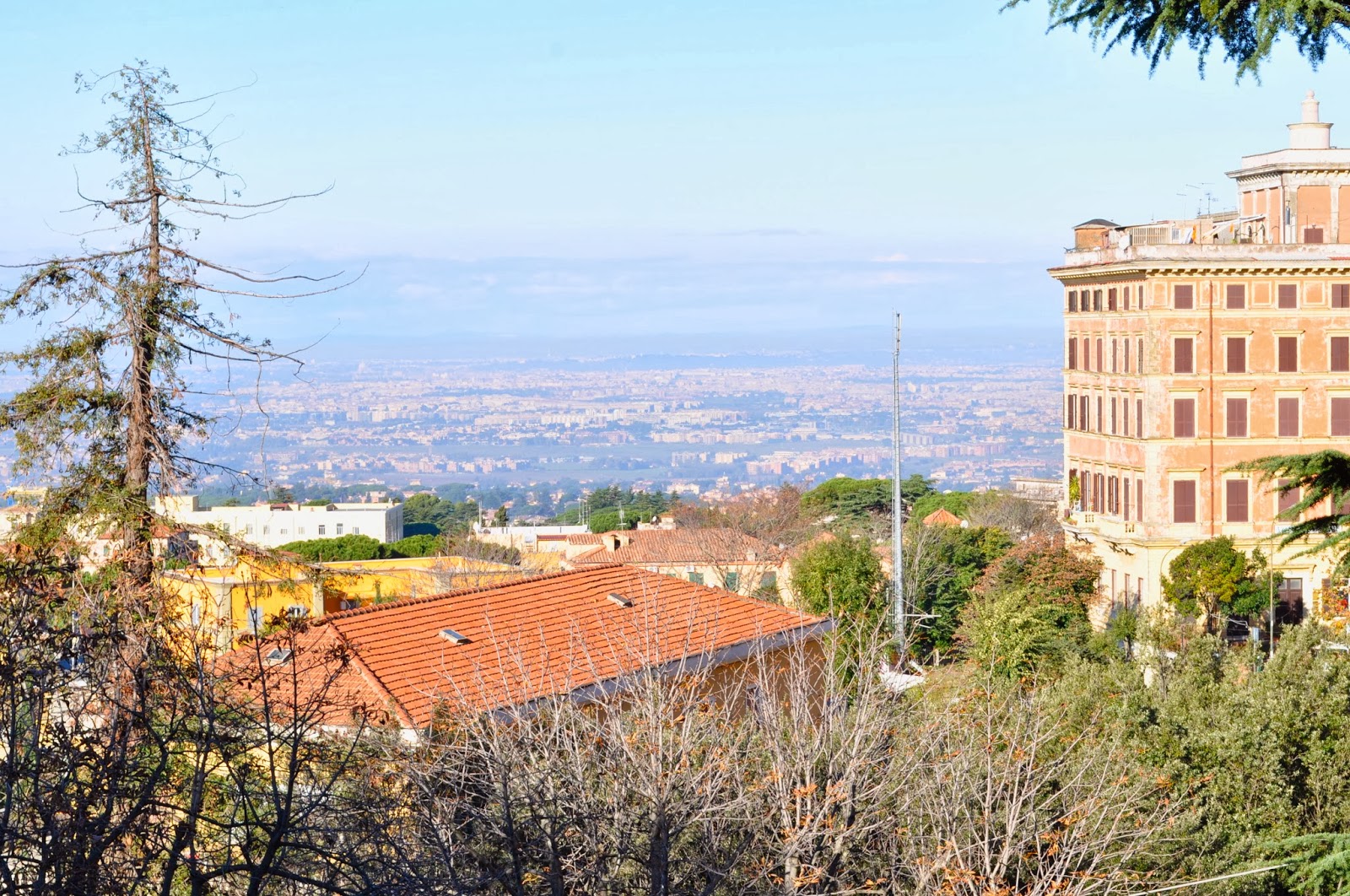 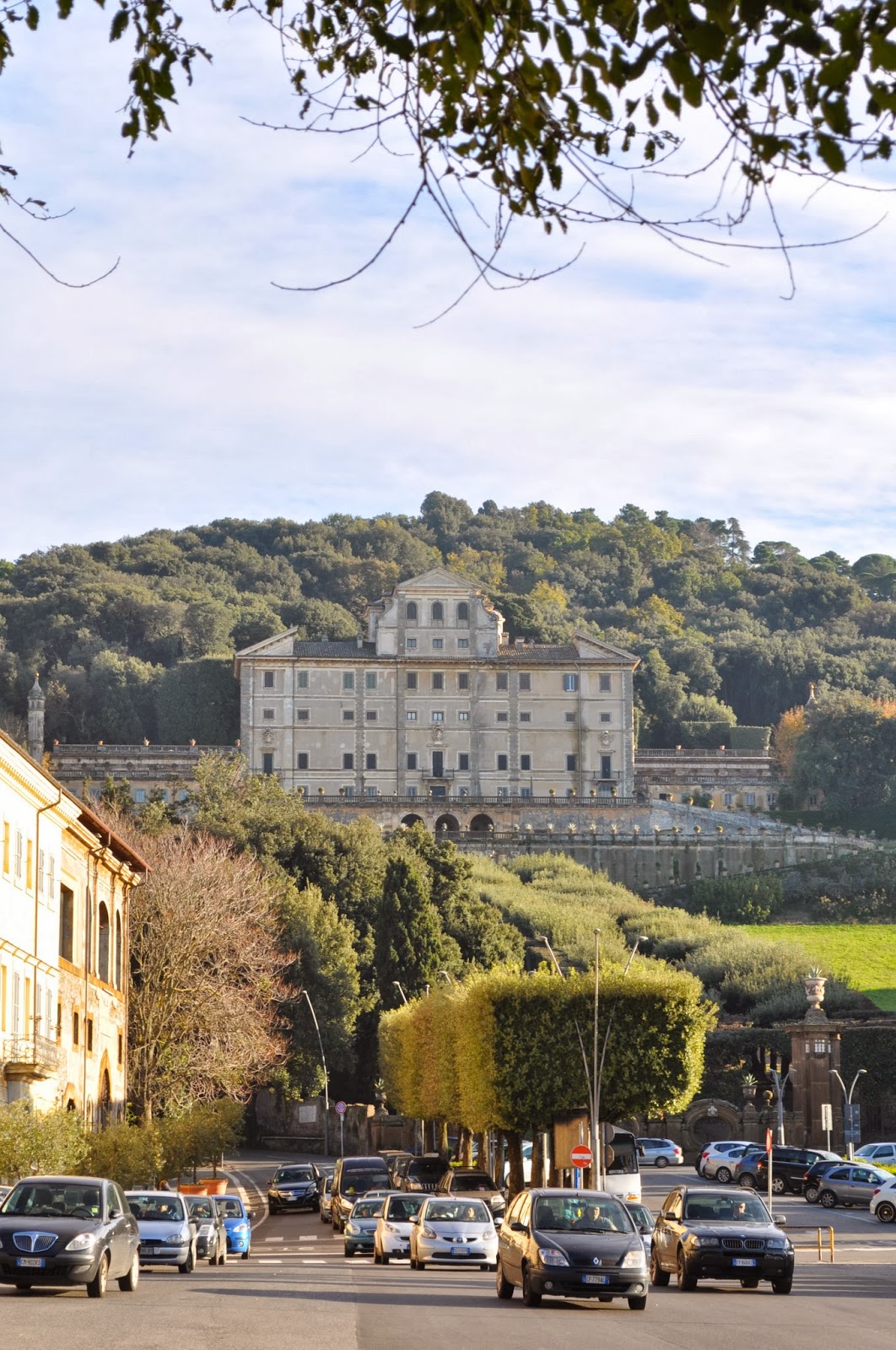 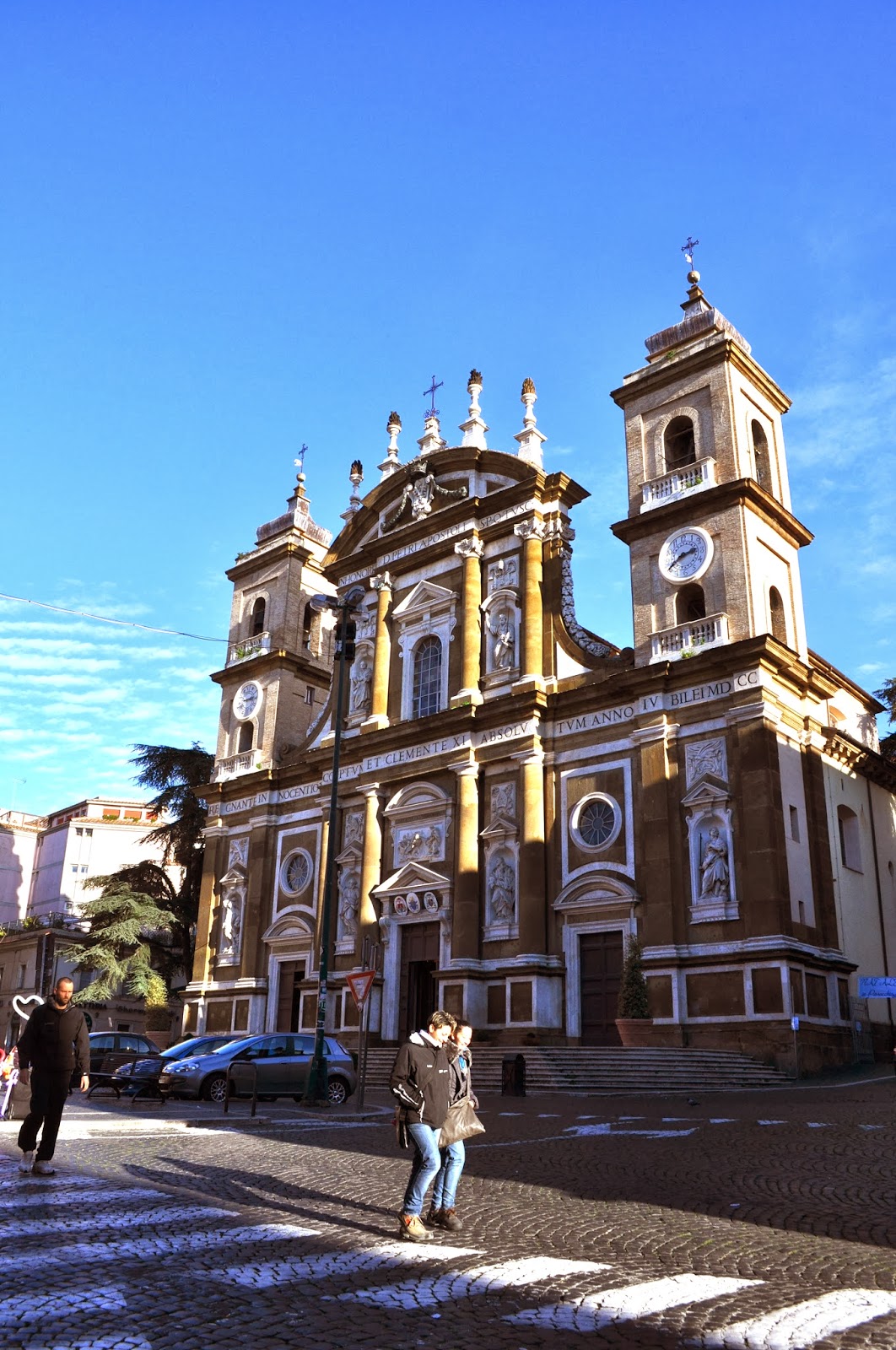 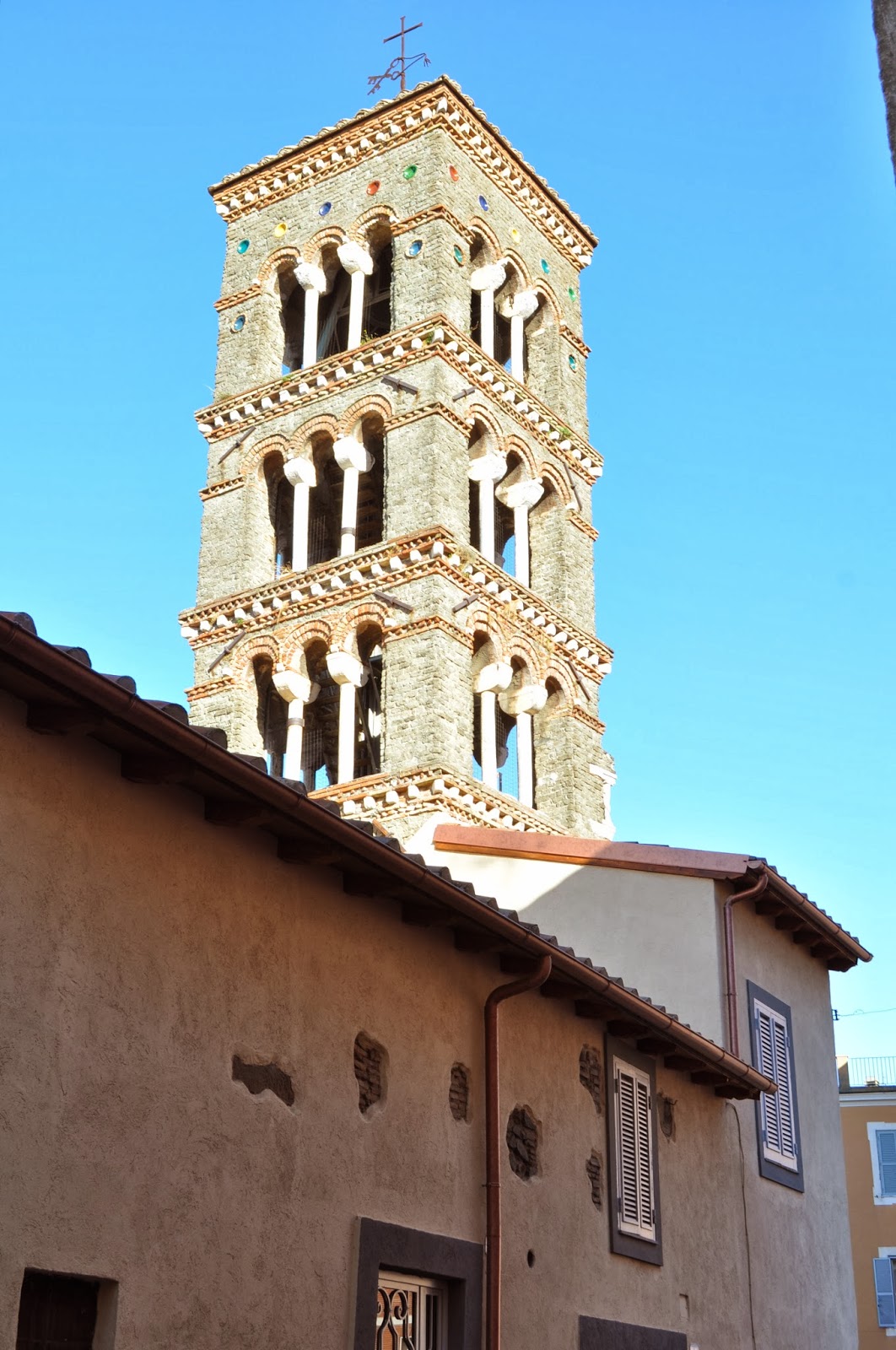 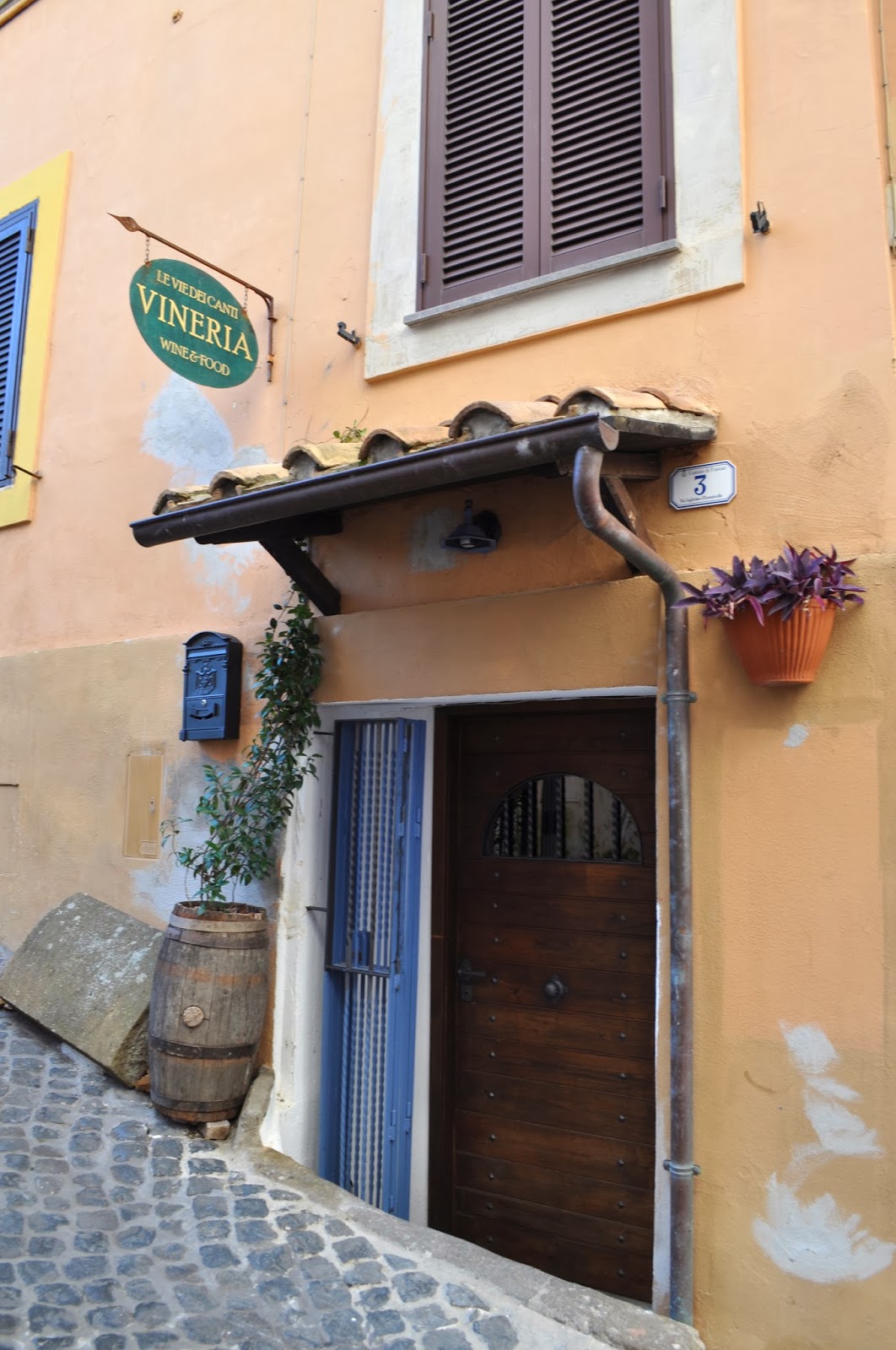 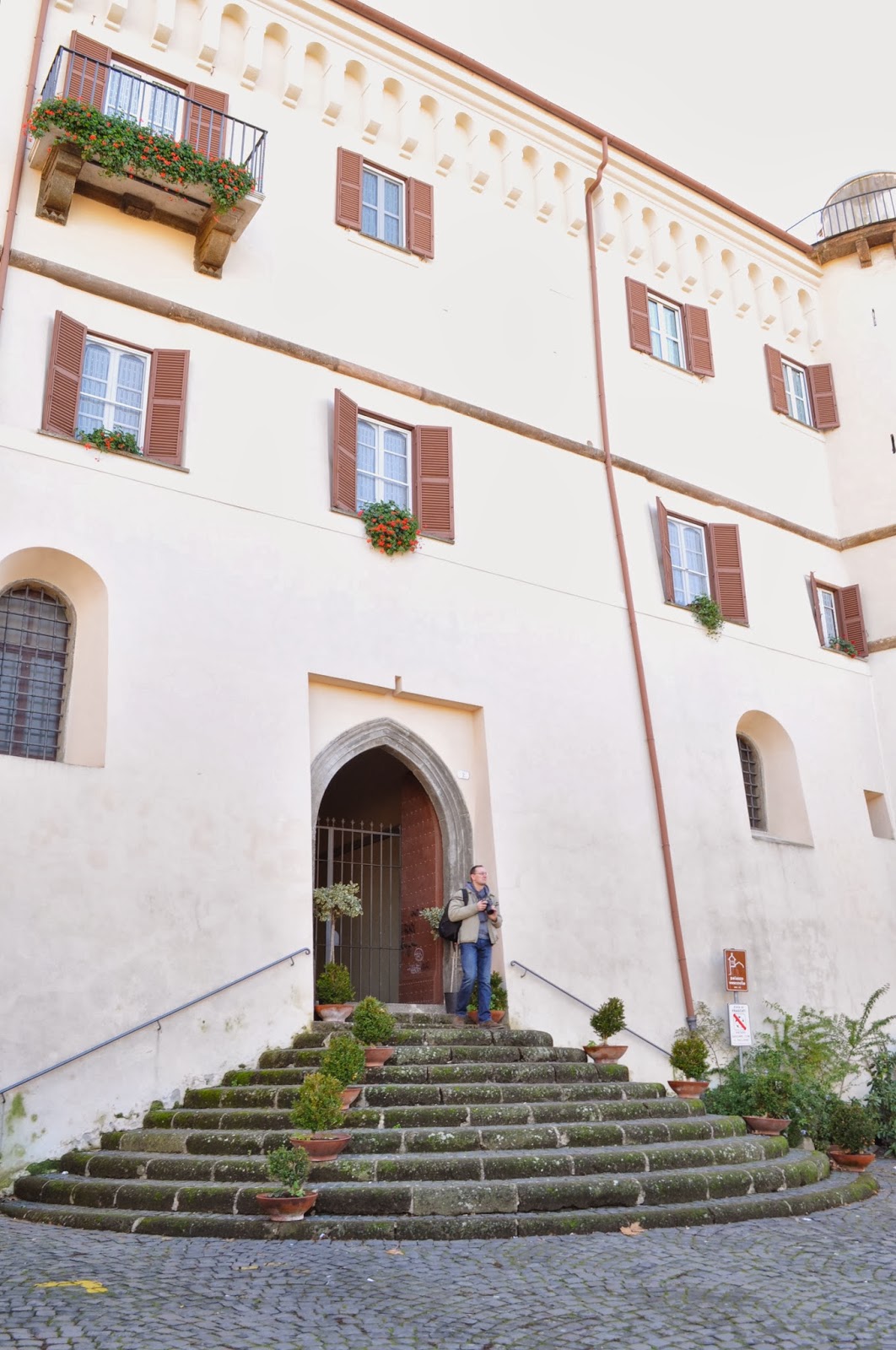 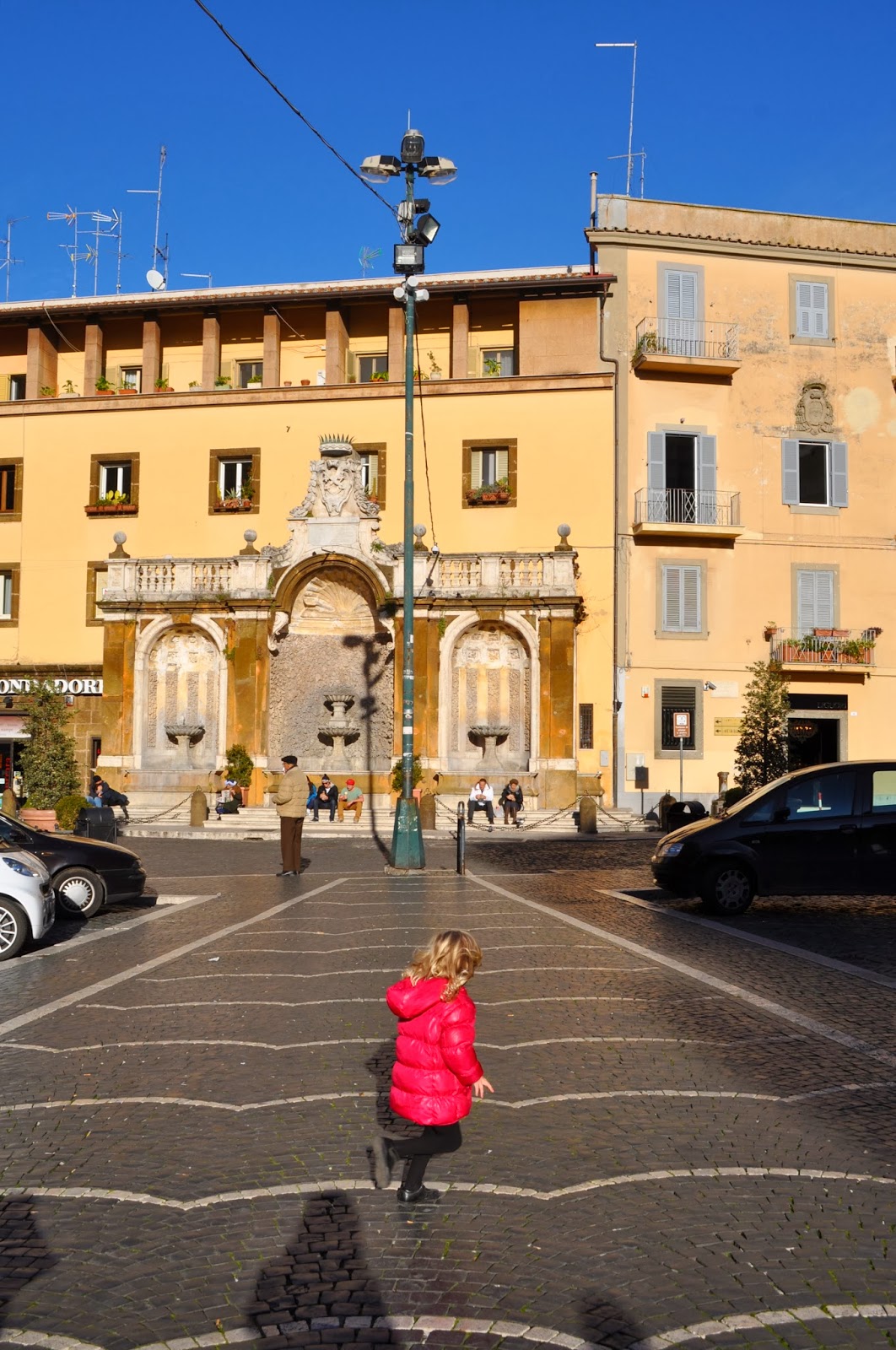 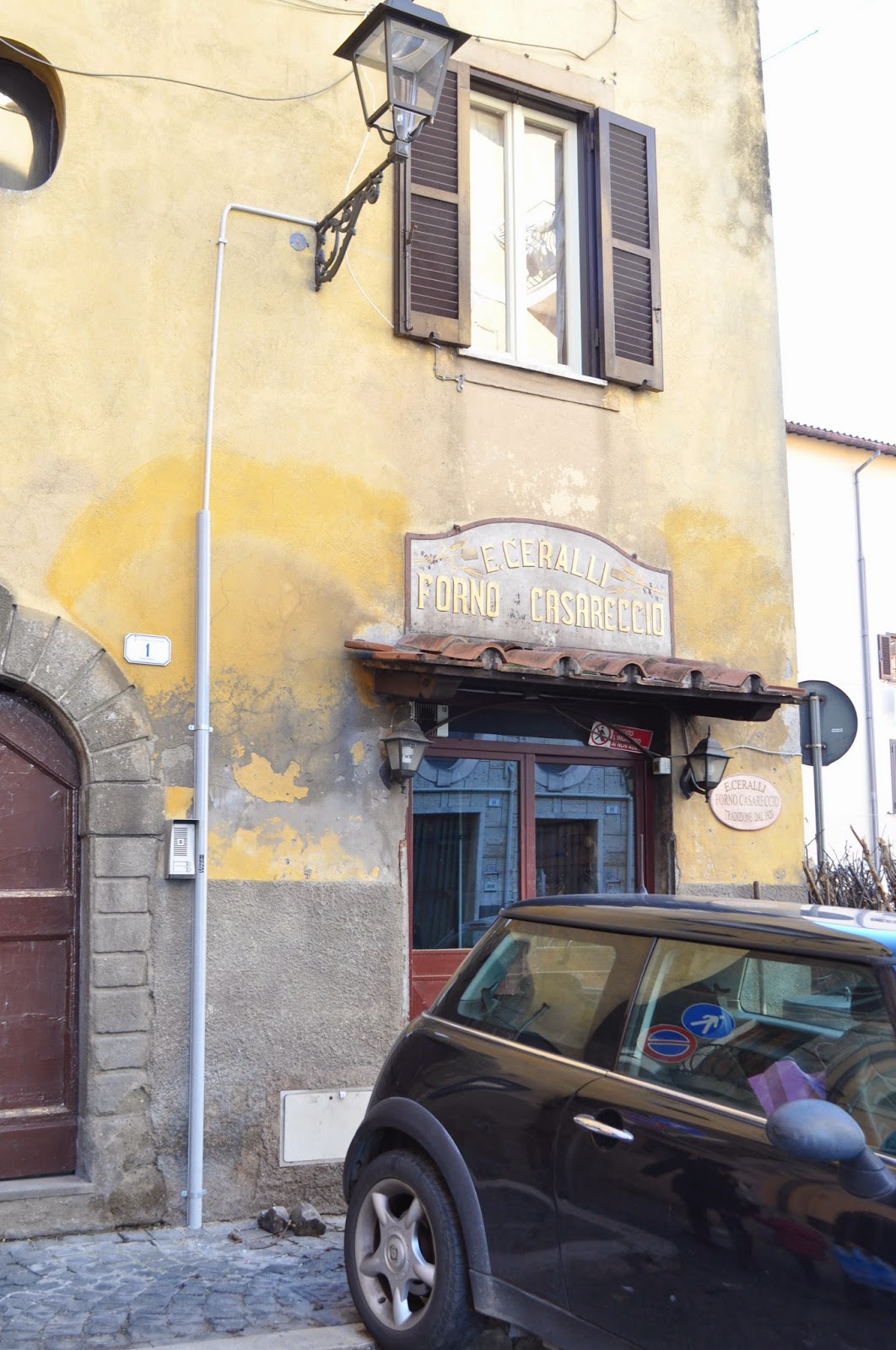 We met Dominique in the center of Frascati, she gave us an informative but brief tour of the charming town, and then we went to her husband's family home, where they have been making wine and olive oil for generations. We strolled along the vines and trees, while Dominique translated for her father-in-law as he explained to us how the farm had historically operated (although they have modernized production to allow for bottling and shipping - trust me, that's a very good thing!). 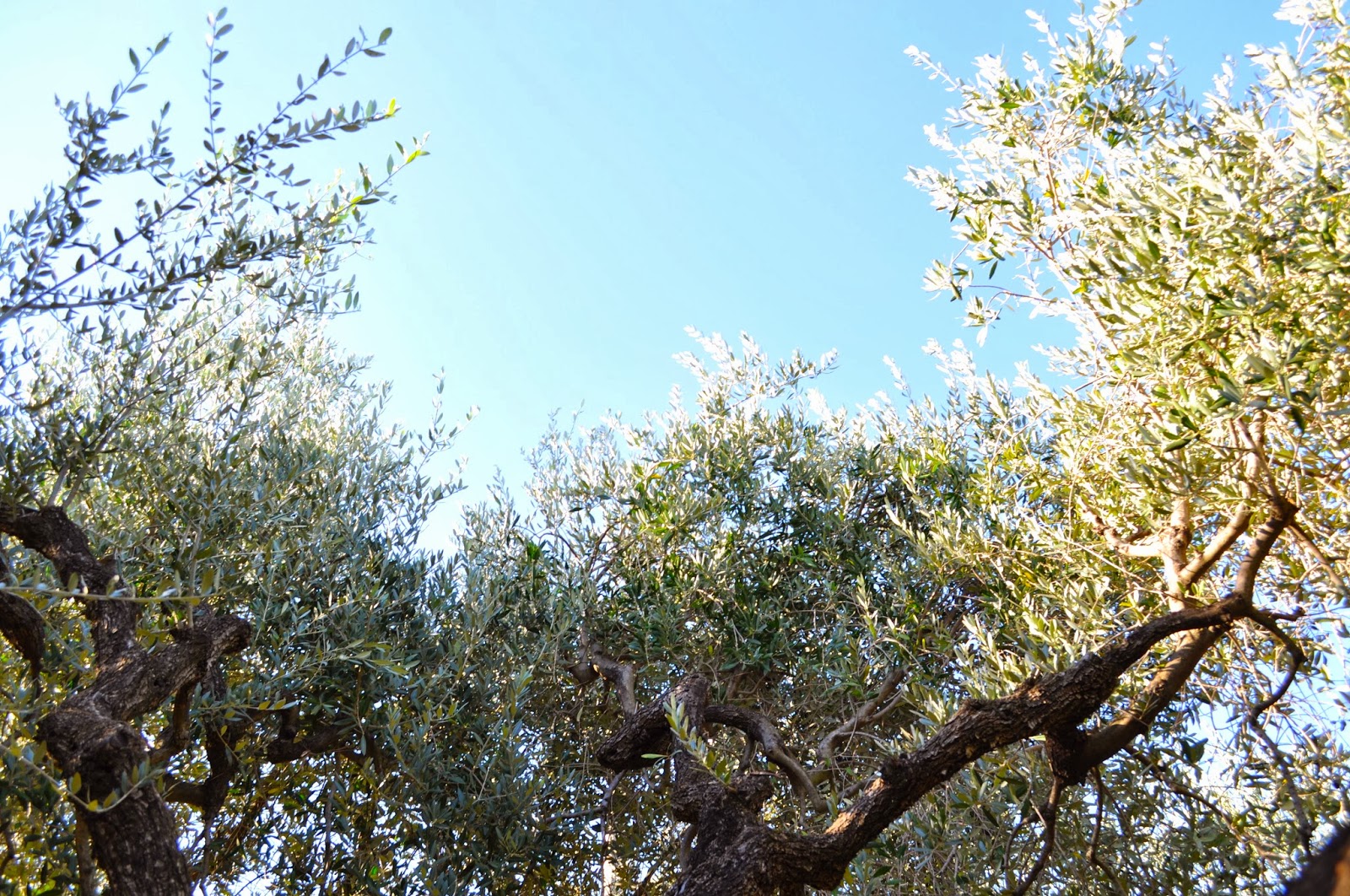 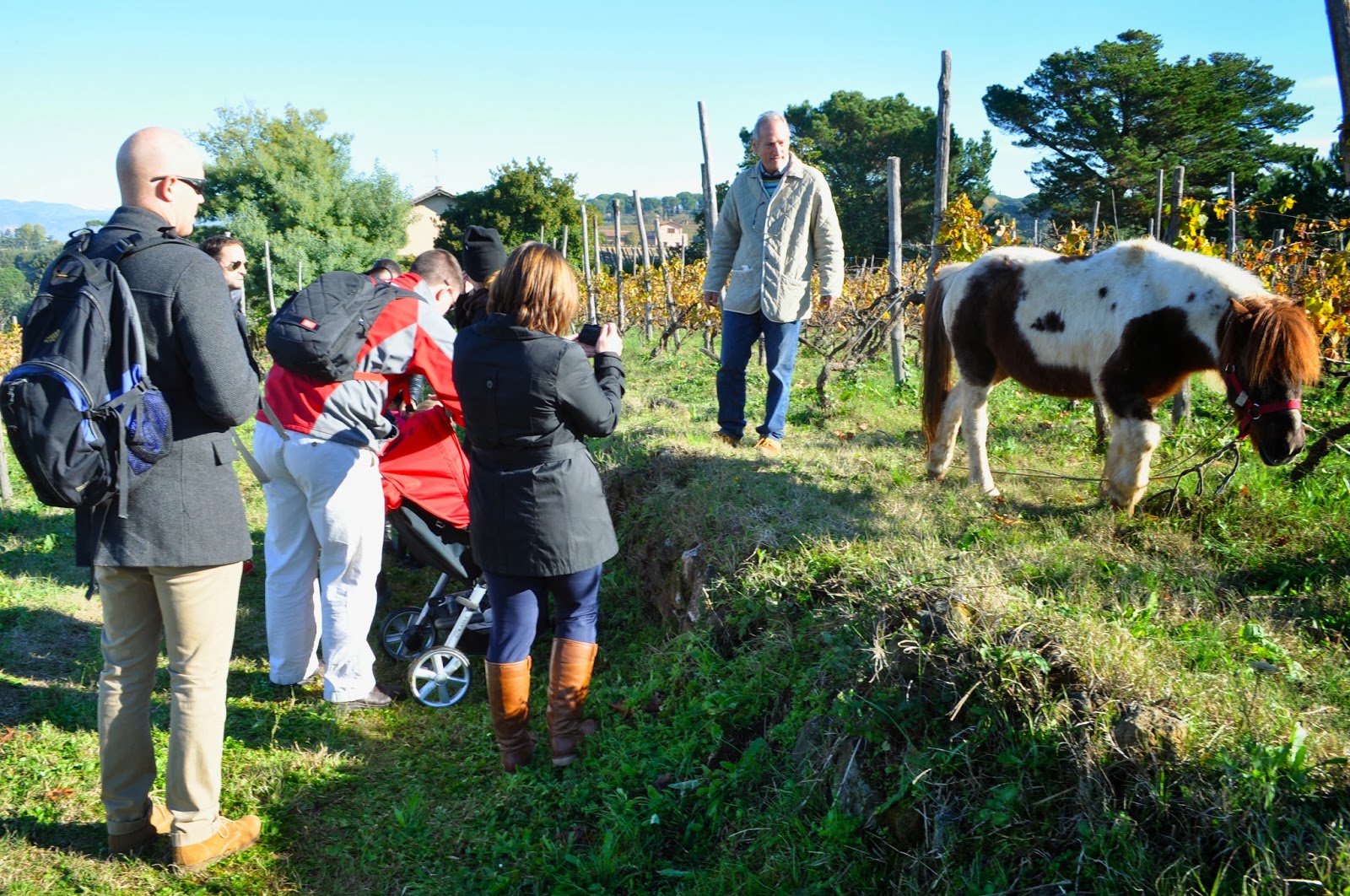 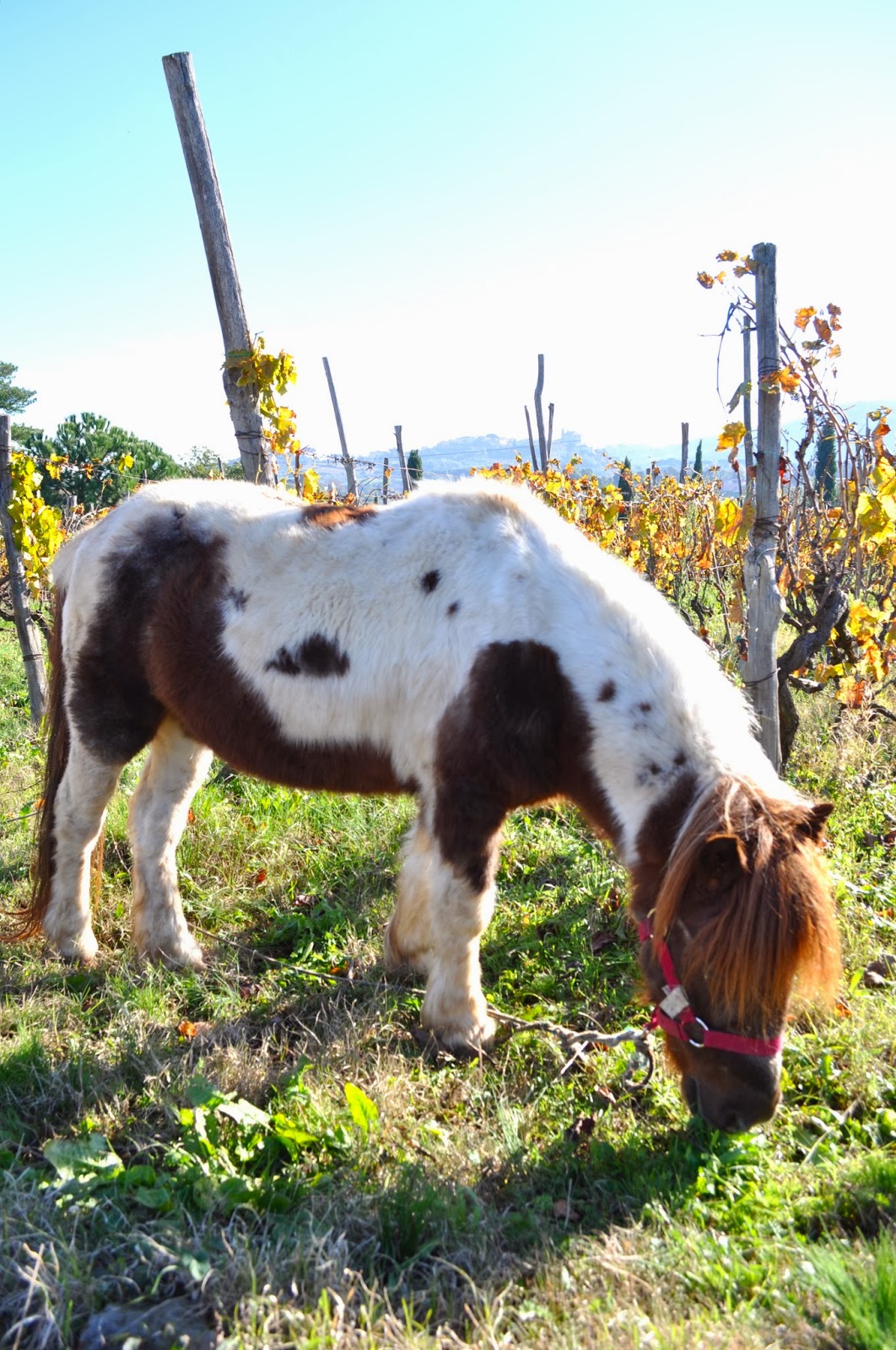 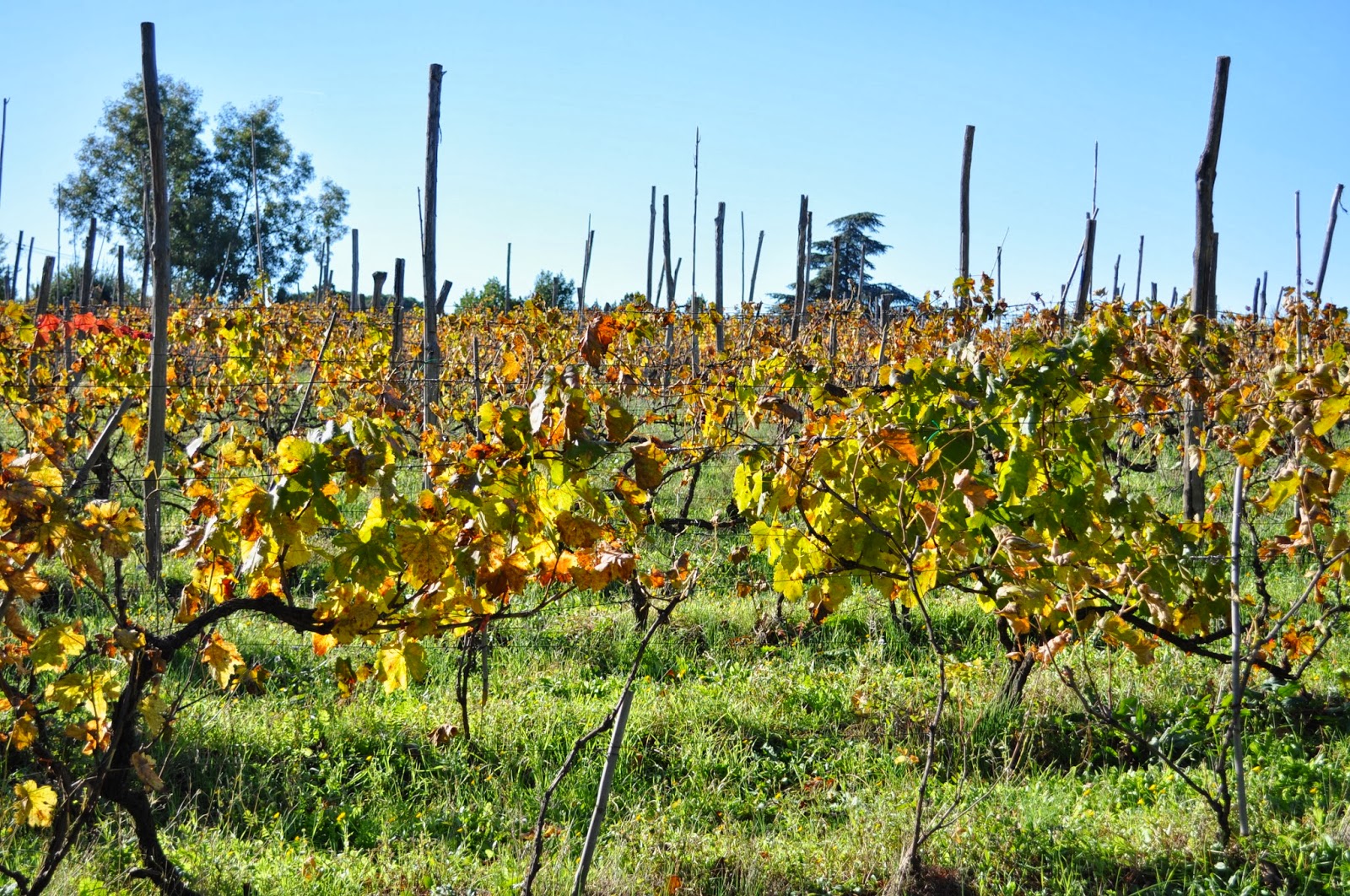 The day was brisk, but gorgeously sunny, and we spent most of our time outdoors - sipping the delicious wine, nibbling on focaccia and cookies, chatting in a mixture of English, Spanish, and Italian, while the kids ran around and made friends with the family dog. Dominique's husband and young daughter joined us, and along with her sweet father-in-law, it felt like we were part of the family ourselves.

All too soon, it was time to depart the farm to have a late lunch and then head back to our villa. Luckily, we have several bottled souvenirs to remind us of our visit! 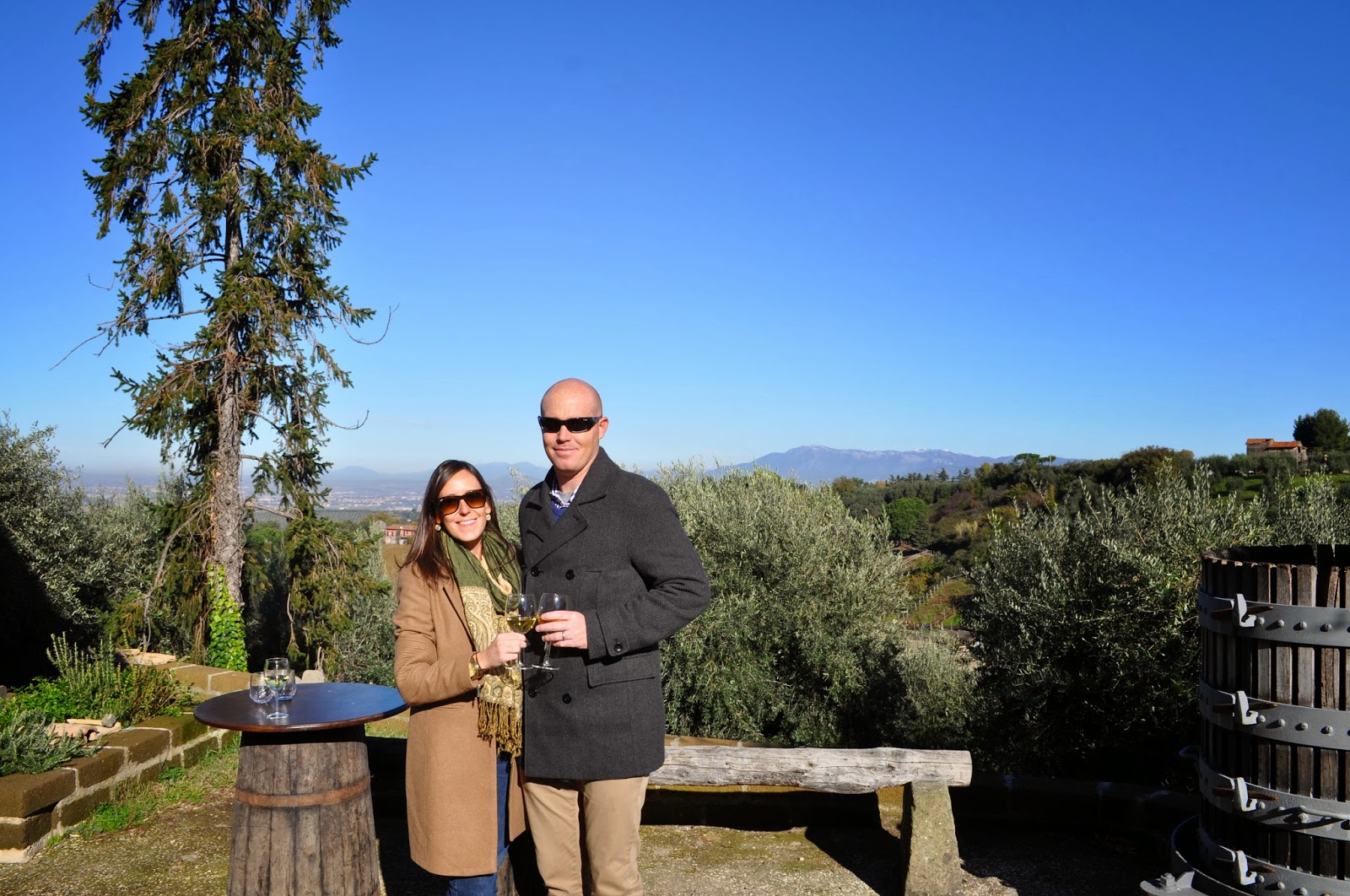 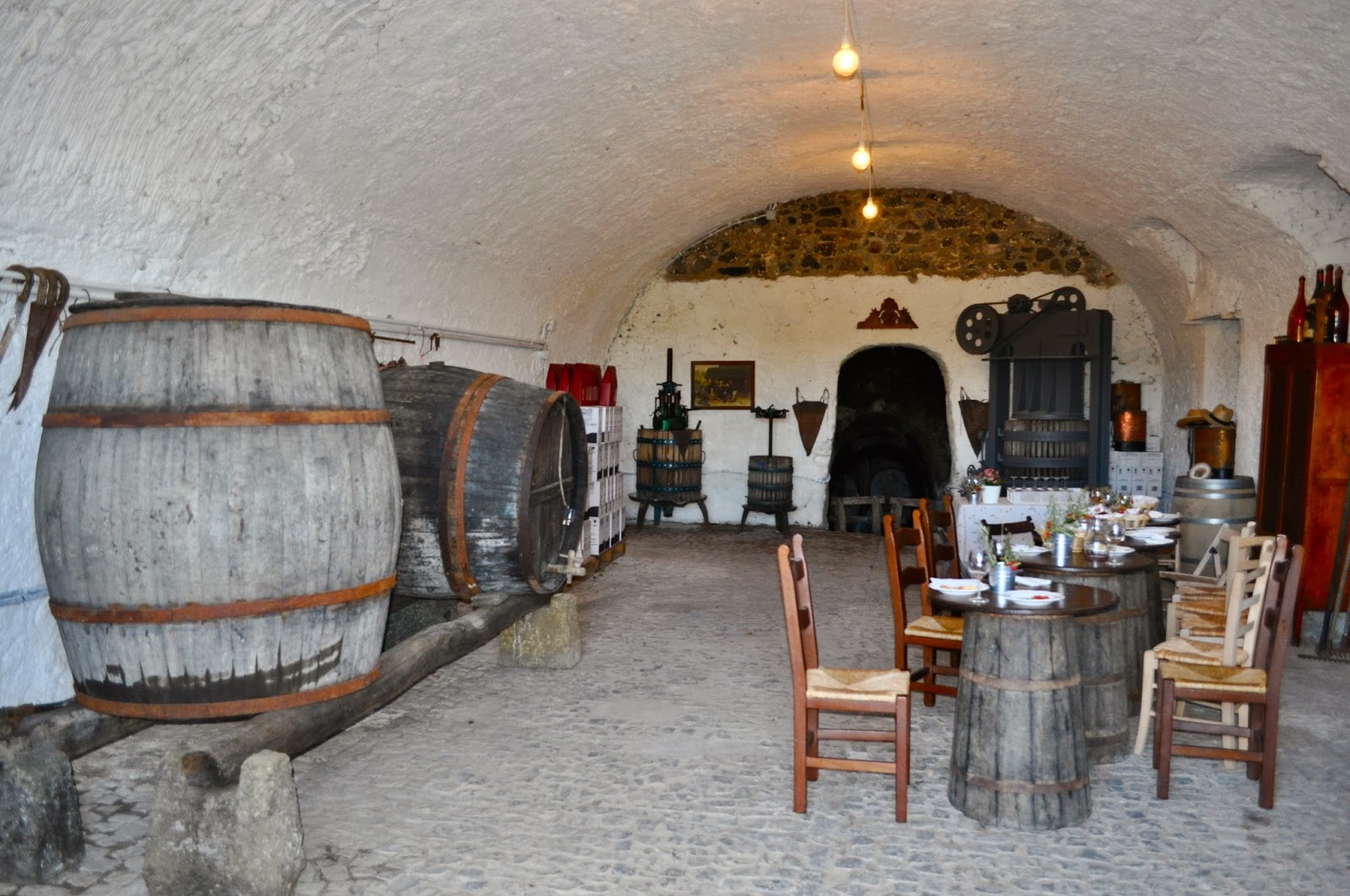 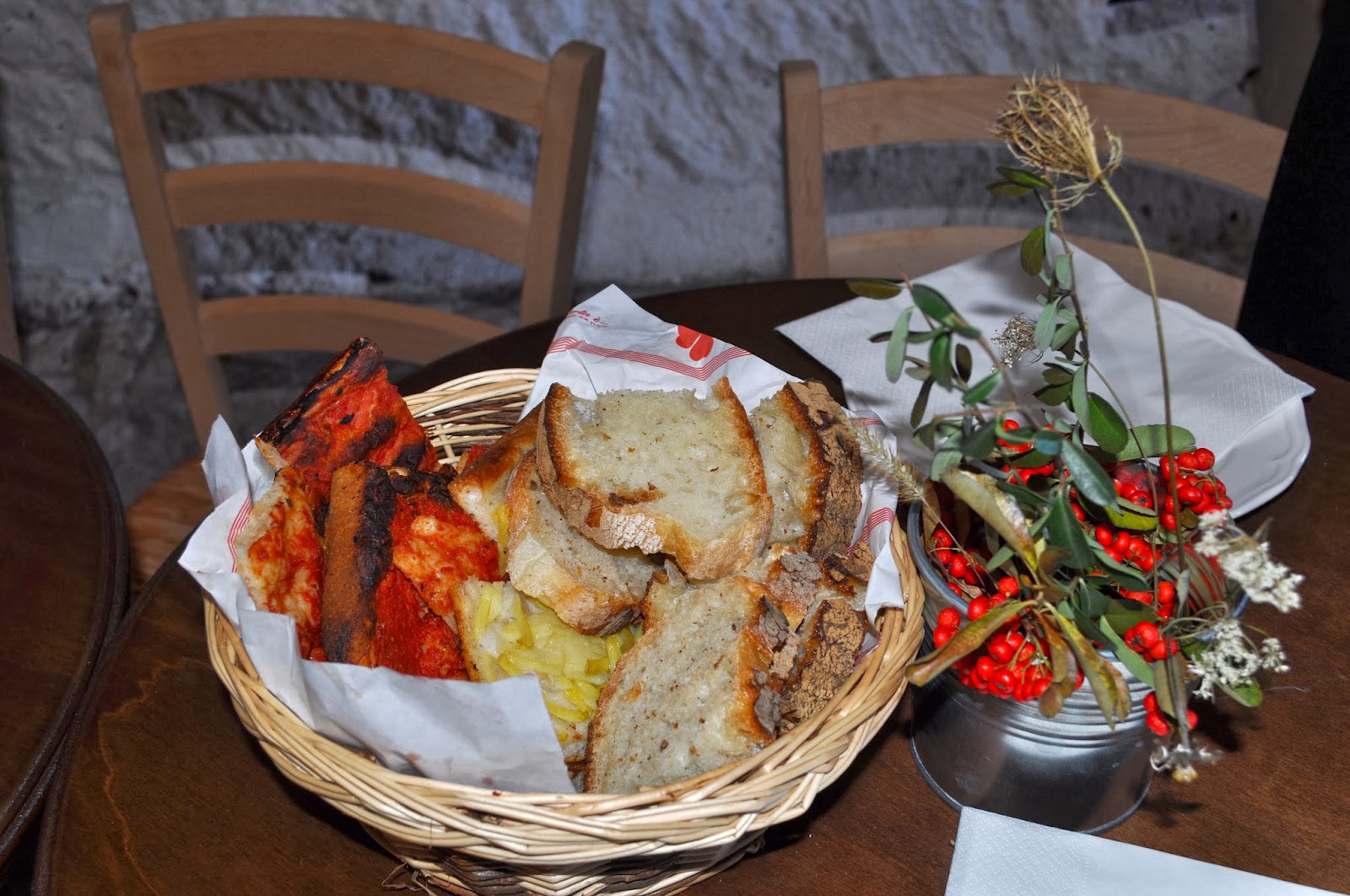 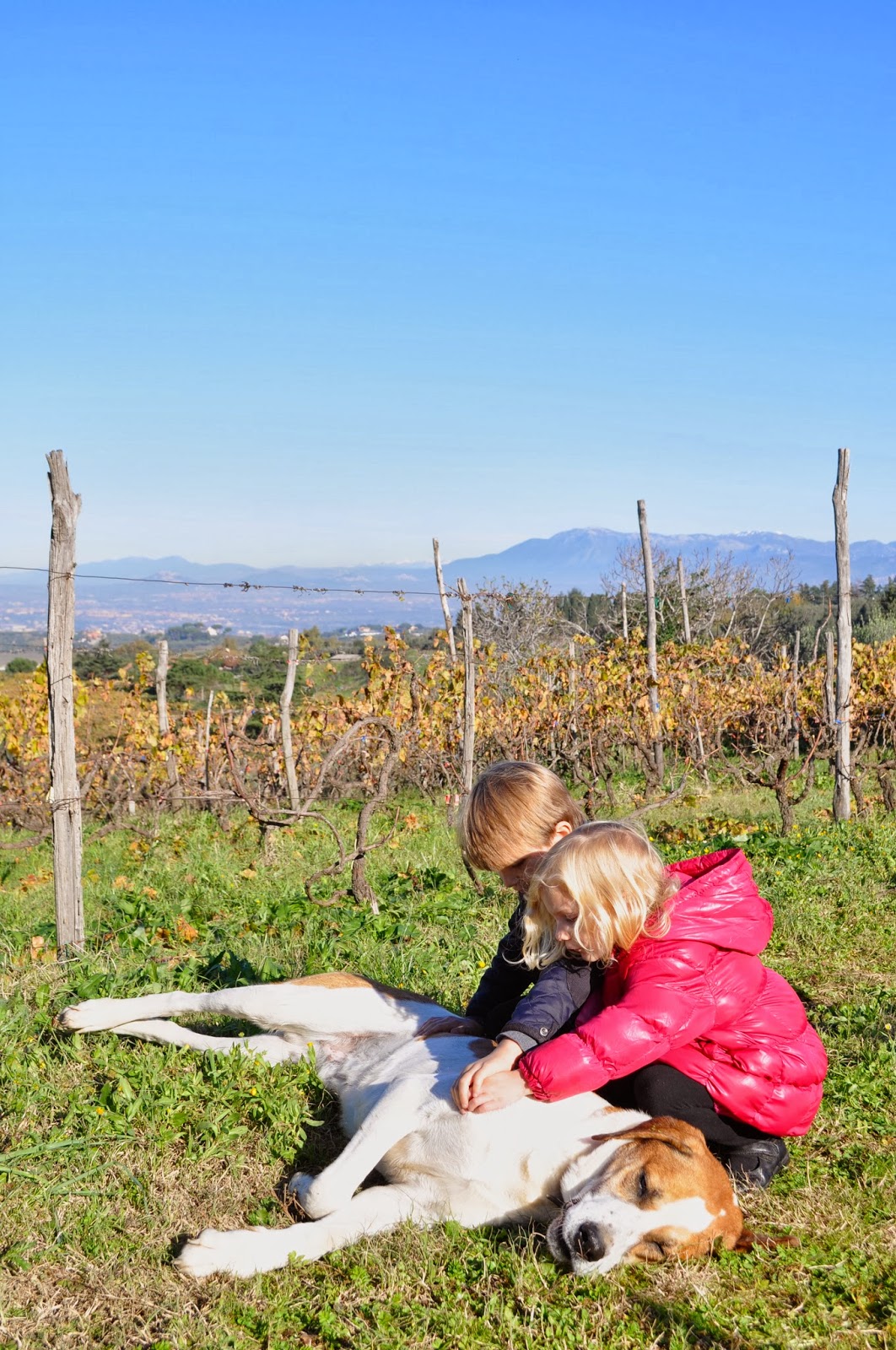 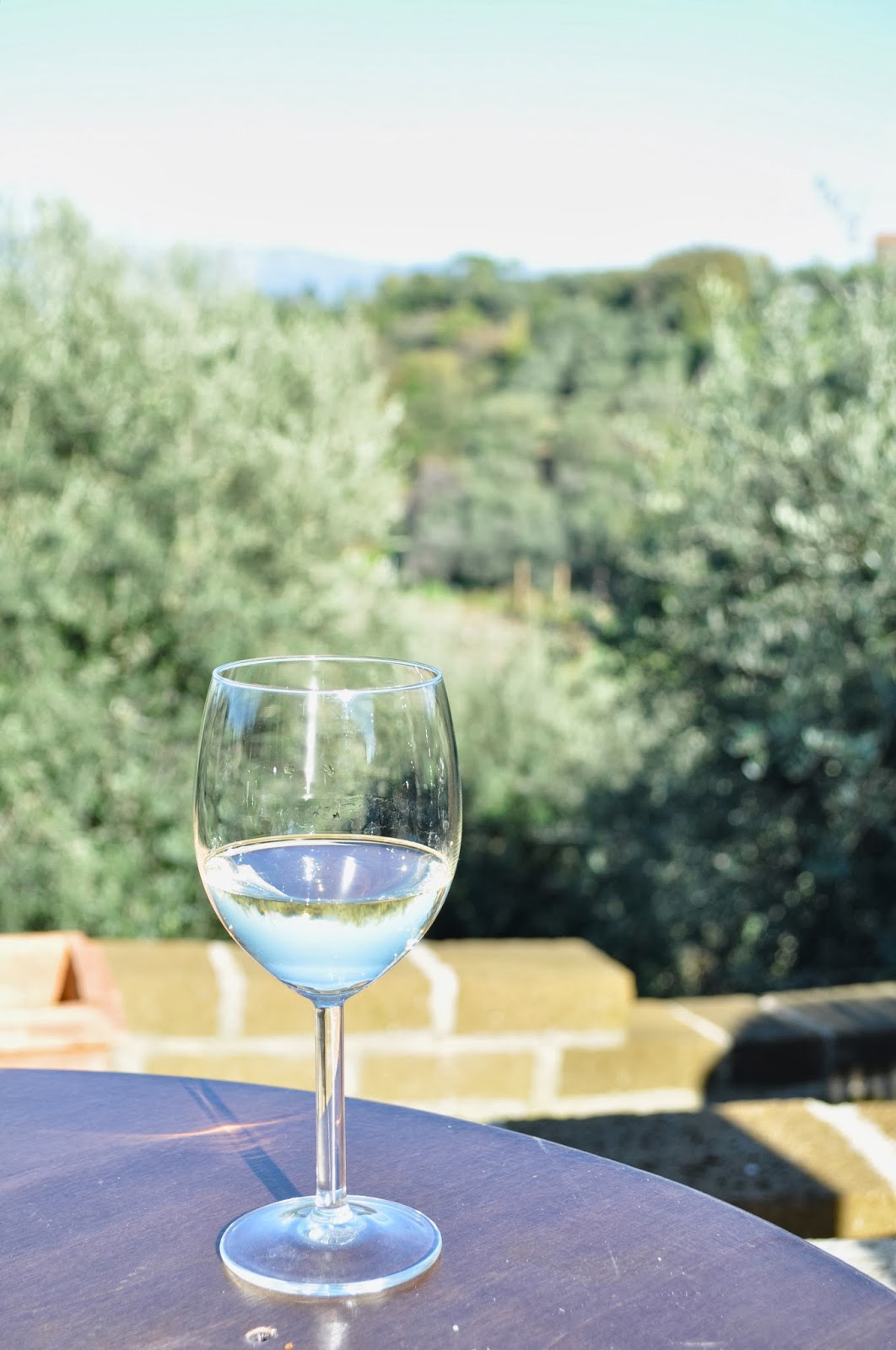 Frascati is known for and almost exclusively produces white wines, which are sold in many Roman trattorias, but the red we sampled (mischievously named Vetus meaning "outlaw") was equally tasty. 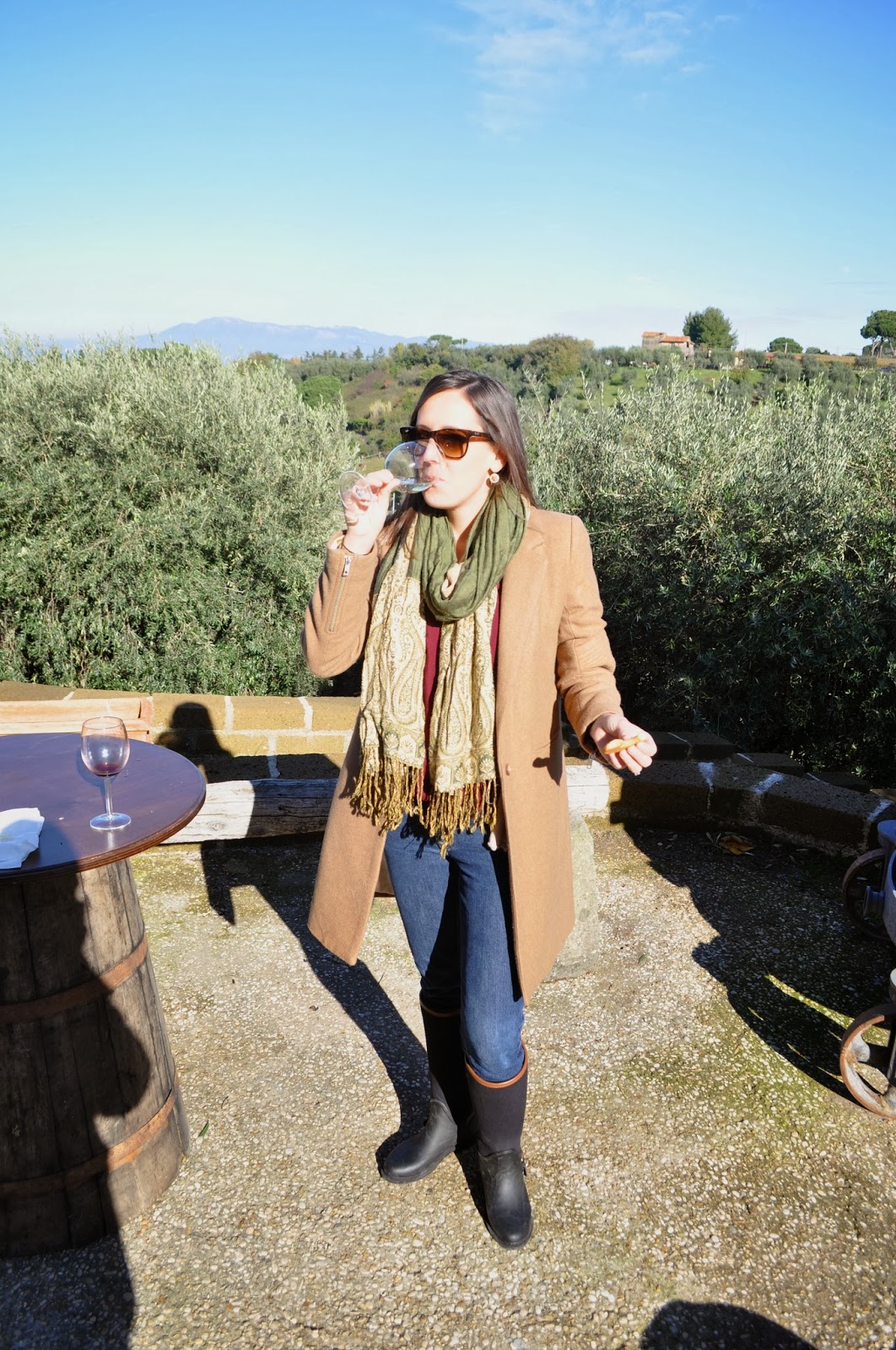 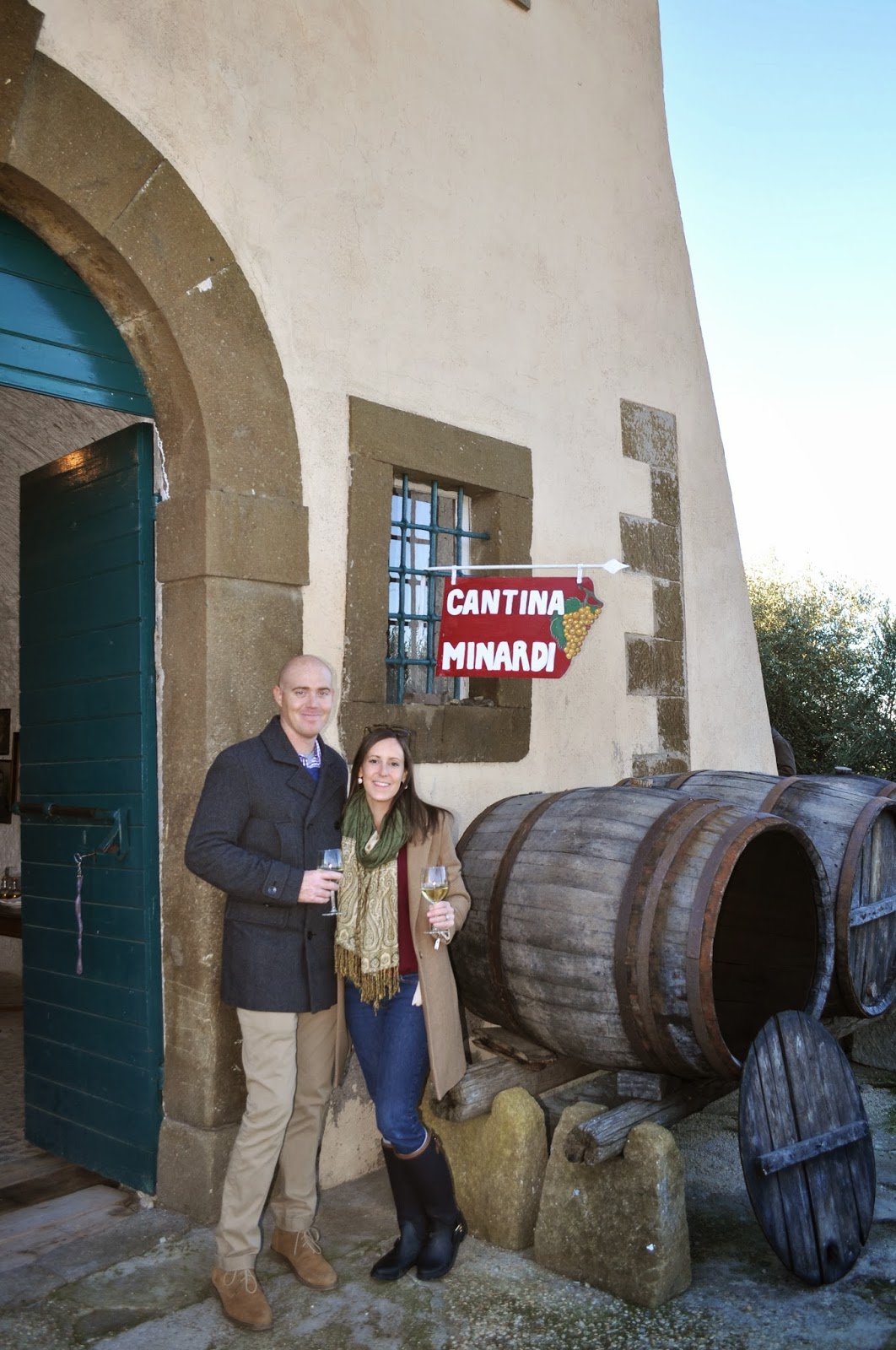 If you're going to be in Rome and you want to get off the beaten path or just need a break from the frenetic pace of sightseeing in the city, I highly suggest spending a day in Frascati at the Old Minardi Farmhouse. This is the perfect vacation within a vacation and would be a great option for anyone, but especially for a group that needs "kid-friendly" but doesn't necessarily want a kid-specific activity.

The Old Minardi Farmhouse can be contacted via website.

The cost of the tour (including a walking tour of Frascati, transportation from the center of Frascati to the Farmhouse and back, wine and olive oil tasting, snacks, lunch at a local restaurant, and feeling momentarily Italian) is 55 euros for adults, 10 euros for children under 12.

Frascati can be easily, quickly, and inexpensively reached by train from central Rome. We opted for a privately hired van, which worked best for our group.

And last, but not least, leave room in your suitcase, because you will want to purchase some wine and olive oil to take home!