This is Chloe, the dia that we got her.  She's riding in the car with her buddy, Douglas, who she later decapitated.  So sweet. 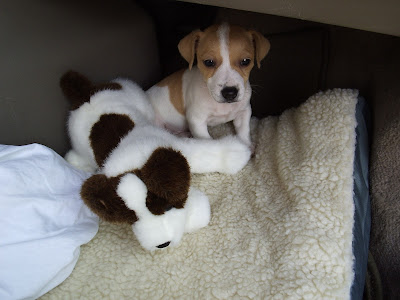 This is Chloe's first trip to the playa.  Graham was stationed in Pensacola at the time.  We had just started dating 6 months before.  A lot has happened in 7 years... 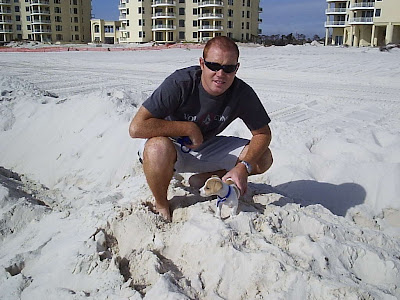 Chloe went from this: 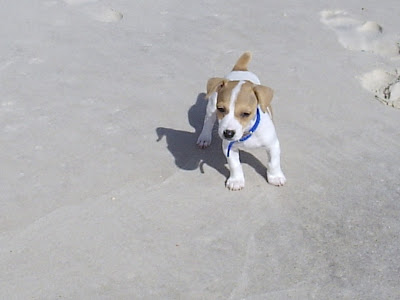 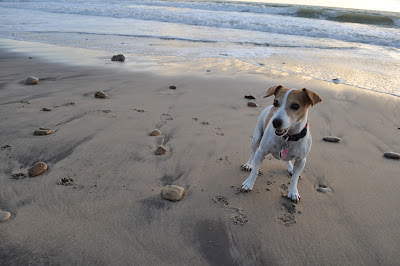 We're definitely loco dog parents, but we're not into planning puppy birthday fiestas or anything like that.  Instead we took Chloe to the beach, which is pretty much her favorite place.  Now that the weather has cooled off, we can unleash the crazy let her off the leash. 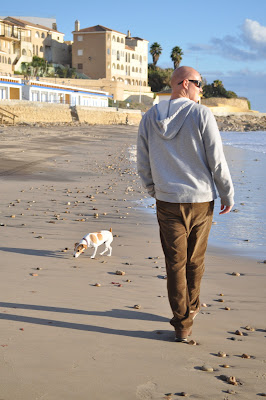 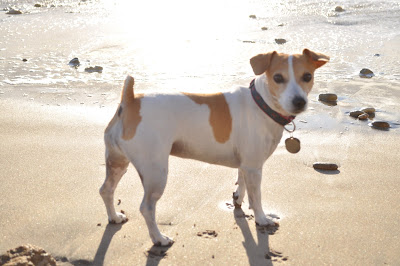 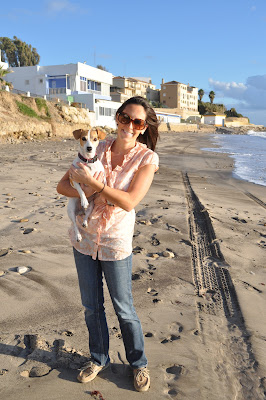 Since Chloe is seven, she is technically a "senior" dog.  She doesn't act very mature though and still has plenty of energy for running, digging, and rolling on dead things. 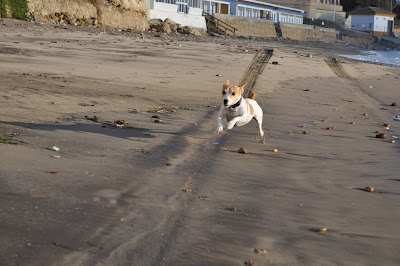 Video evidence:
(She has stayed pretty fast, while some people have slowed down.  Not mentioning any nombres...)

After beach tiempo, Chloe is having a special birthday dinner (look, we admitted to being crazy dog parents at the beginning of the post) and then has some nuevo rawhide to chew on.  We might not throw her a theme fiesta, send out invitations, and bake her a vegan, gluten-free cake (no judgement here, if that's your thing) but we definitely spoil her.  She deserves it.  She brings so much happiness to our lives every day. 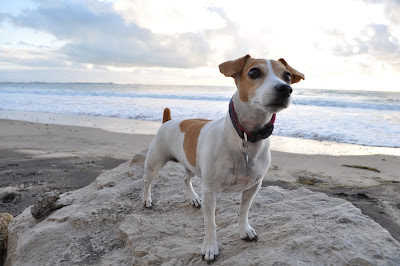