We owe you all a grande apology for disappearing.  Lo siento!  But we have a bueno excuse, actually a few.  The biggest one is that our household goods were delivered (hooray!) and our casa became chaotic (boo).  It really is crazy to see everything you own packed into wooden crates that you won't see for dos months.  Here are our worldly possessions leaving our townhouse in Norfolk, before their transatlantic journey: 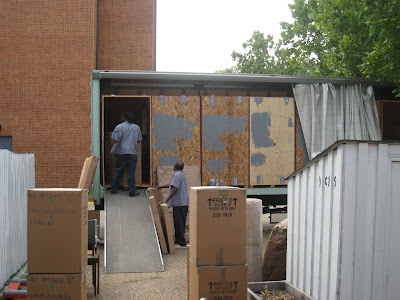 And here are the crates being unloaded in Spain, looking pretty much the same.  Luckily, so did almost everything in them (with just a few minor exceptions - not bad for a Navy move.) 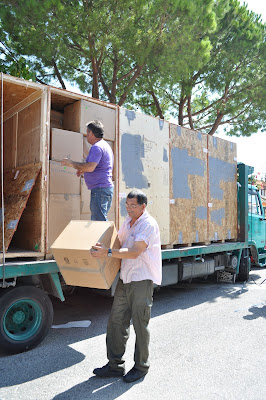 After the crates were emptied and the boxes sorted by room, this is what we were left with. 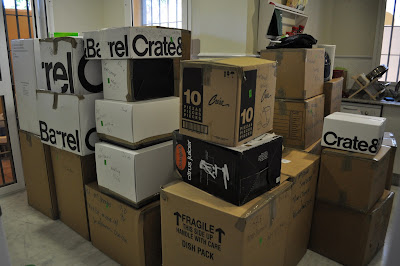 And this was just the kitchen.  Could you even recognize it as a cocina?  We couldn't, so we avoided it and went out to dinner.  A few nights.  But avoidance only worked for so long and eventually we got to work unpacking. Luckily, we had some helping hands paws. 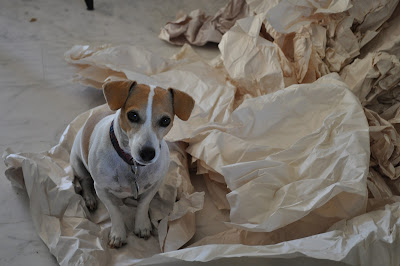 So our house went from this to this.  (With a lot of "I can't stand looking at these boxes anymore!" and "How did we end up with so much stuff - where is it going to go?" in between.  Ok, and there was probably some profanity thrown in there, too.) 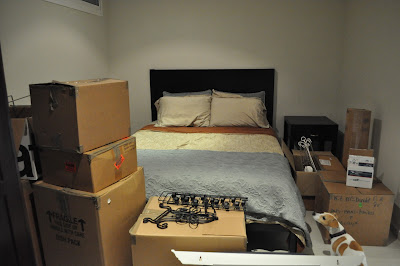 Will the boxes never end?!? 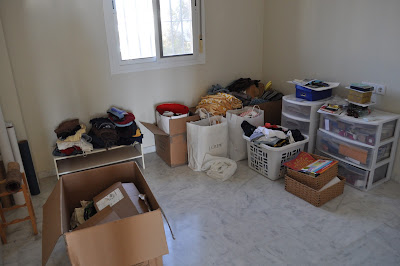 It's been a lot of work (and it's still not done) but don't feel too bad for us.  We've still managed to have a lot of fun - Lisbon, horse races, Smurf town, Navy Ball, Sevilla, donkey polo, Granada.  Which are the other excuses for our lack of blogging.  But we promise to get caught up soon!