Salmorejo is the new gazpacho

Way back in July (can't believe we've been here for over 2 months) at the Philly airport, while waiting for the flight to Frankfurt, I picked up a few magazines.  It's a favorite airport indulgence, right up there with having an overpriced pre-flight cerveza or bloody mary at the bar.  This time I went with NatGeo Traveler and Bon Appetit (food and travel, these are a few of my favorite things, not so much raindrops on roses).  The cover of the August issue of Bon Appetit looked especially delicious - look at that pie!  Mmm... 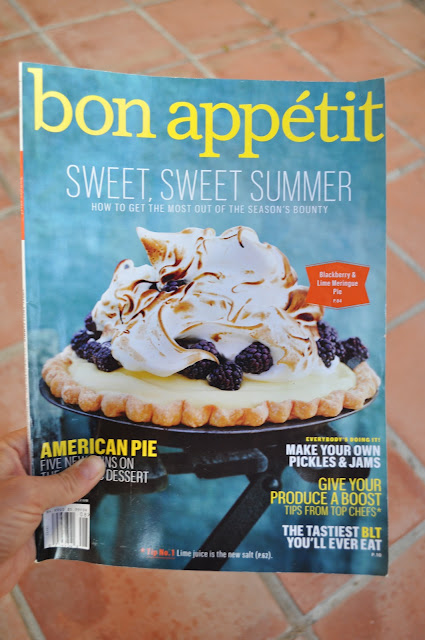 But what really caught my eye was this page - "Gazpacho Hits Refresh."  And it was about a cold soup called salmorejo, popular in southern Spain. 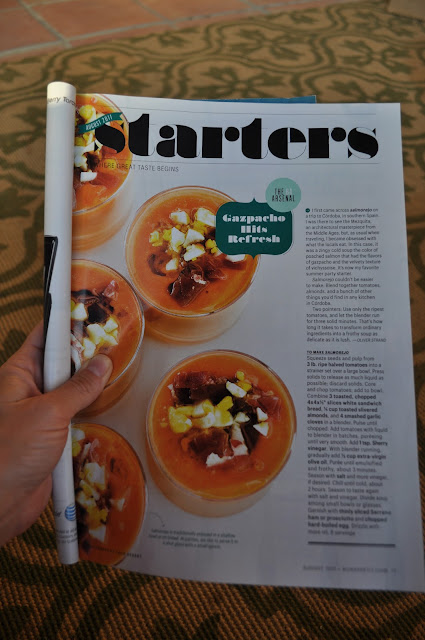 Salmorejo, according to the article, is a cold and creamy tomato soup, traditionally topped with hard-boiled eggs, Serrano ham, and a drizzle of olive oil.  Here's a closer look: 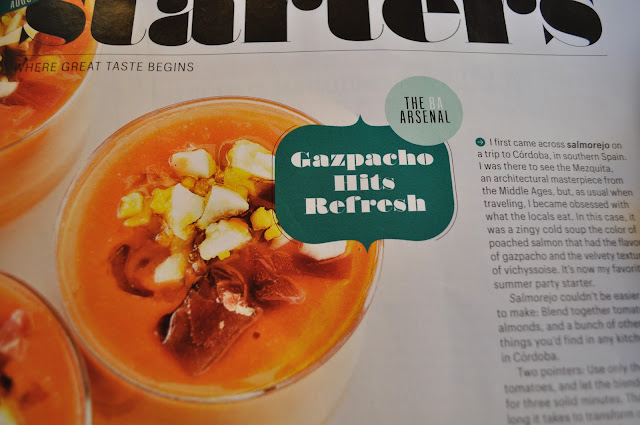 So, I decided I would have to try it.  Which I did, the second night we were in Puerto, at a pequeno cafe in our neighborhood.  The article doesn't lie - salmorejo is delicioso.  Since that noche, I have ordered it many times (even more than gazpacho) at different restaurants that serve regional food.  This is a particularly yummy bowl that I had for lunch in Arcos. 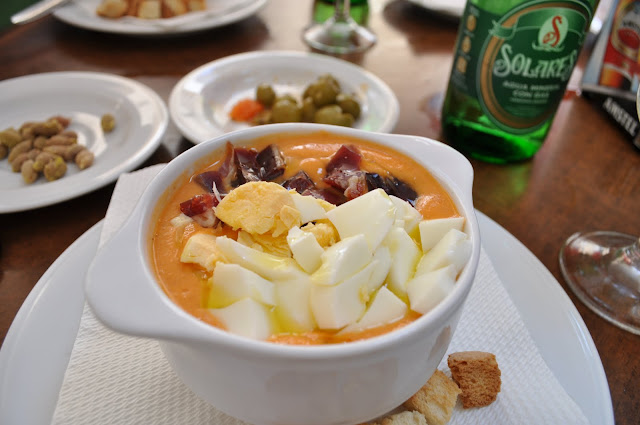 Now, if this looks good to you, lo siento, because you probably won't be able to run out to a local restaurant and order some.  But, no worries, Bon Appetit was kind enough to include a recipe.  I know fall is quickly approaching for some of you (we're still enjoying the playa here), but this would be a great time to use the last of those summer tomatoes, if you can still get your hands on some.

I've actually wanted to try and make it myself, but we have not picked up a transformer for our kitchen that will let me use my Americano appliances.  Here's the link to the recipe:

Let me know how it turns out!