No road trip has truly started until you have your fat-kid snacks.  In the States, we generally stick to swedish fish, sour patch kids, crab chips, and diet Dr. Pepper.  But since we started our drive in the morning (and because crab chips and Dr. Pepper are unavailable in Spain - we've been told that the delicious 23 flavors taste like medicine...que?!?) we went with pastries instead.


Our first Spanish road trip, to Arcos, was only 45 minutos away, so this time we decided to venture a little farther, to Ronda.  Located in the rocky hills of the Malaga province, Ronda is a larger city, part of which is a traditional pueblo blanco, similar to Arcos.  You can read more fun facts from the interwebs aqui.

We parked the coche on the "new" side of the city.  "New" is, of course, a relative term in Spain and the rest of Europe.  It's one of those things that you encounter that makes you feel extra-American, like confusion about bidets, wearing full coverage bathing suits, and thinking dinner is a meal served at 7 p.m.  After a quick walk, we stumbled upon a beautiful parque. 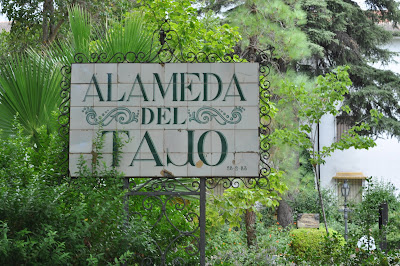 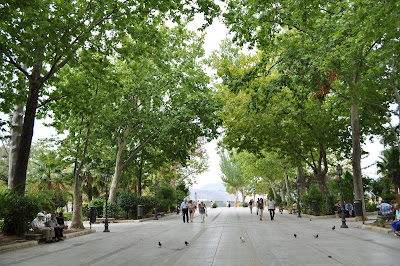 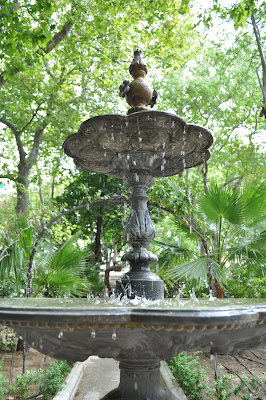 After checking out the view, it was time to take in a little culture.  Ronda is the birthplace of "modern" (mid-18th century being modern in this instance) bullfighting and is home to the Plaza de Toros, which is both a museum and active bull ring.  Statues dedicated to bullfighting surround the Plaza de Toros. 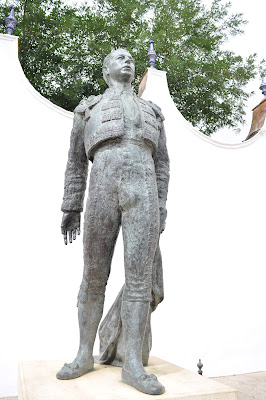 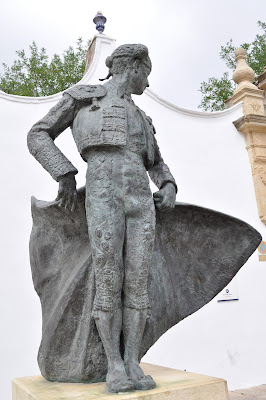 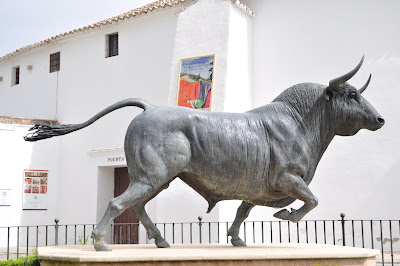 At this point we will go ahead and address our thoughts on the issue (or non-issue, depending on your stance) of bullfighting.

Meghann says - When I traveled to Spain in high school, we were not given the opportunity to attend a bullfight, since the teacher that coordinated the trip, who was from Peru, did not think it was appropriate.  I honestly didn't feel like I missed out on anything.  I do not have any intentions of attending a bullfight while we are living in Spain, which is a personal choice for me and not a judgement of those who choose to do so.

Graham says - I did get the chance to go to a bullfight on Easter Sunday in Madrid in high school.  It was an experience, but once was enough for me.   If you come to visit and want to go, I won't discourage you.  But I will be waiting at the bar down the street.

Also, isn't it a strange coincidence that we both took trips to Espana in high school during the Easter holiday?  Graham went his junior year, Meghann during her sophomore year.

Because we don't plan to go to a bullfight, the Ronda Plaza de Toros and Museum gave us an opportunity to see a bull ring and to learn about the history of a well-known aspect of Spanish culture.


There were many (surprisingly) beautiful details around the ring. 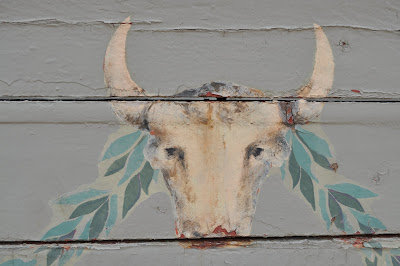 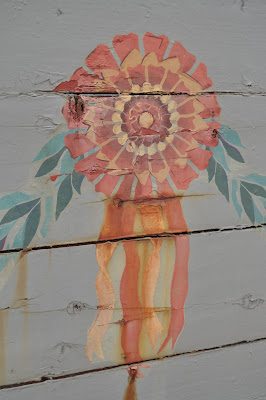 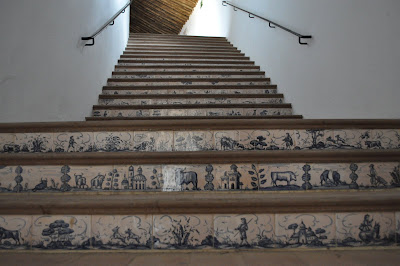 There were several exhibits that explained the history of bullfighting and horsemanship (no photos allowed!) but the best part was being given the freedom to explore the ring, stands, stables, and stockade.


After the Plaza de Toros, we headed from the "new" city to the "old."  Ronda is split into dos parts by a large gorge, through which the Guadalevin river runs.  At the highest point, the sides are connected by the Puente Nuevo.


We walked completely around the ciudad, using the pathways built along both sides and the 2 other bridges (the Old or Arab and the really old Roman). 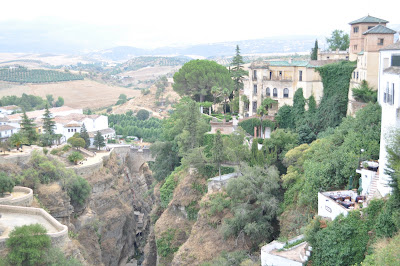 The church displayed two different eras of architecture, due to a section that was rebuilt after an earthquake.  Meghann's 10 second art history lesson...


Back outside, we continued our trek through town.

Now, it's time for more of Meghann's random shots from the day. 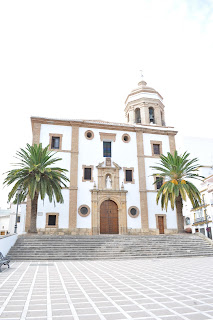 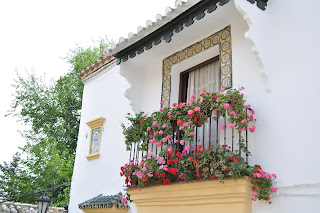 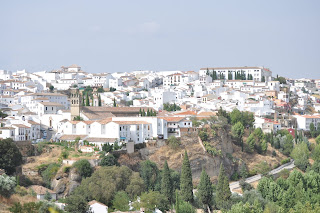 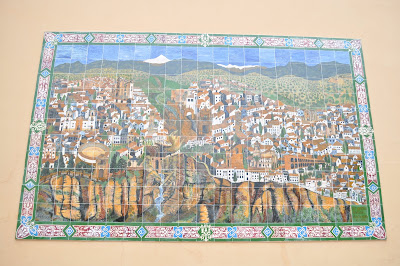