Easter in España is a major holiday. The country is predominantly Roman Catholic (Wikipedia says 94%) and that means Easter isn't just religious, it's also cultural. Many businesses close not just on Easter Sunday, but for a large part of the week before, and it is spring break for most school children. Each night of Semana Santa, or Holy Week, features church processions through the streets. Sevilla has the most well-known and largest processions, but most towns in Andalucia have their own. We went to downtown Puerto last week for some Tuesday night tapas hopping and to see one of the processions. 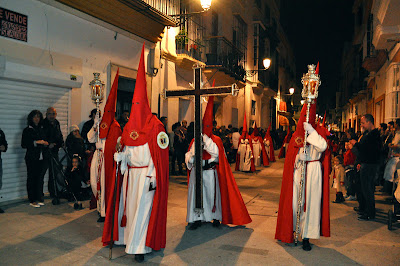 Yes, if you are from the States, we know what the robes and hoods remind you of. No, the church brotherhoods in España are not associated. 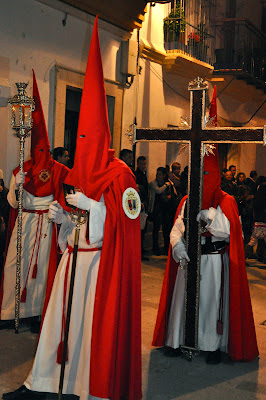 Like almost everything in Spain, the processions are a familia affair, despite the fact that most run late into the noche. Many of the children there were busy creating wax balls from the candles that were being carried. 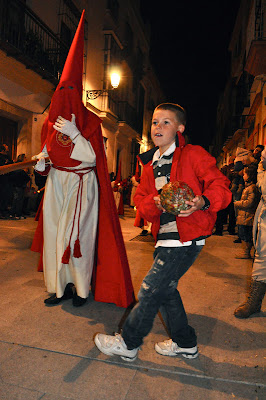 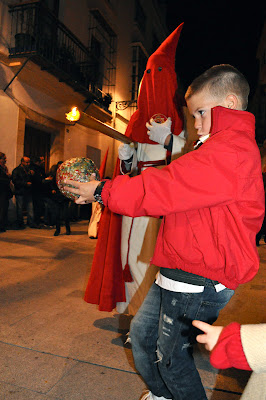 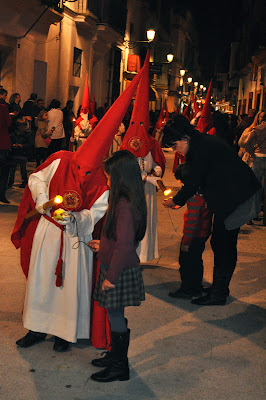 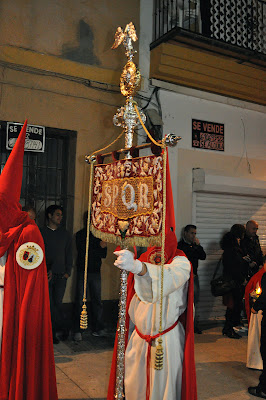 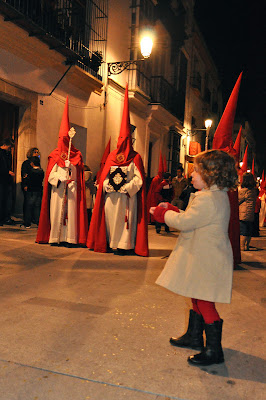 Each procession typically has two pasos, one depicting Jesus and the other, Mary. The pasos are large and heavy wooden floats that are carried through the streets for hours. 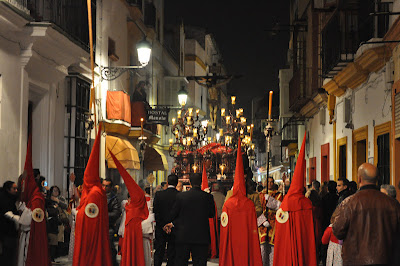 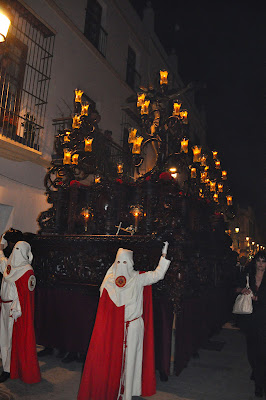 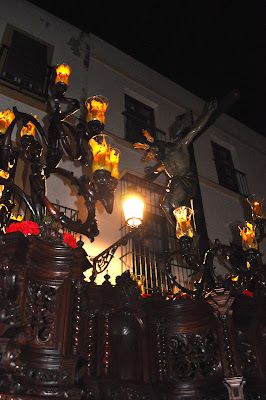 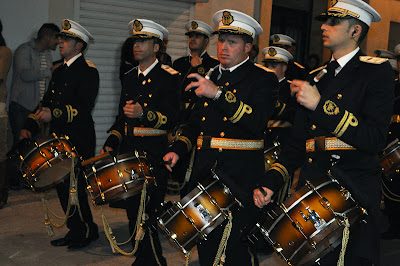 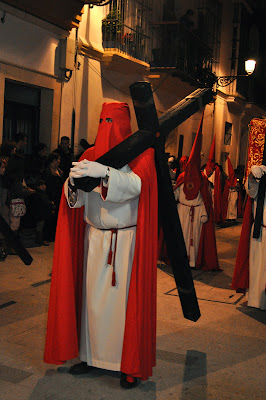 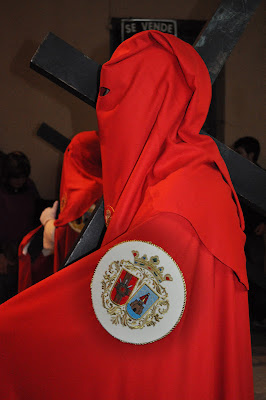 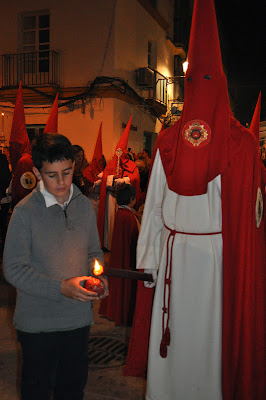 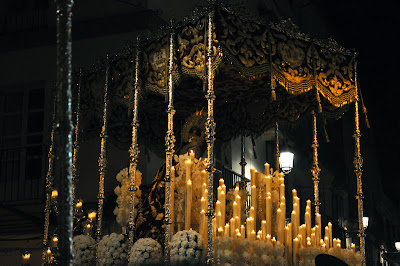 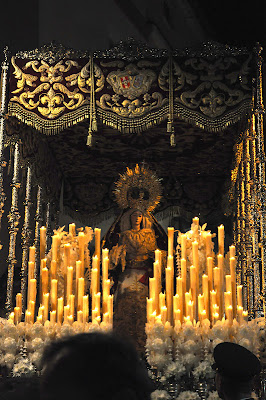 Sometimes we'll have an experience that makes us stop and go "wow, we live in Spain." This was definitely one of those times.
Posted by Meghann G at 5:39 PM