Sometimes I think about how (relatively) easy our transition to living in a foreign country has been. Of course, every move has challenges, and moving overseas can be a huge endeavor. But my experience was a bit different...

Unlike true expats, there were no visas to apply for, no jobs to search for, no red tape to cut through. Graham received orders (that we actually wanted!) and within a few months one of our cars was shipped and our household goods were packed, all at no cost to us. Upon arriving, we received assistance in getting our driver's licenses, other identification, and with getting the car registered and renting a house. 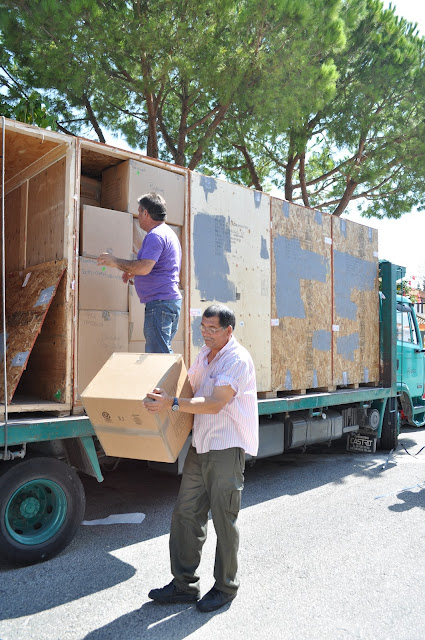 The movers delivering all of our worldly possessions at our first casa. 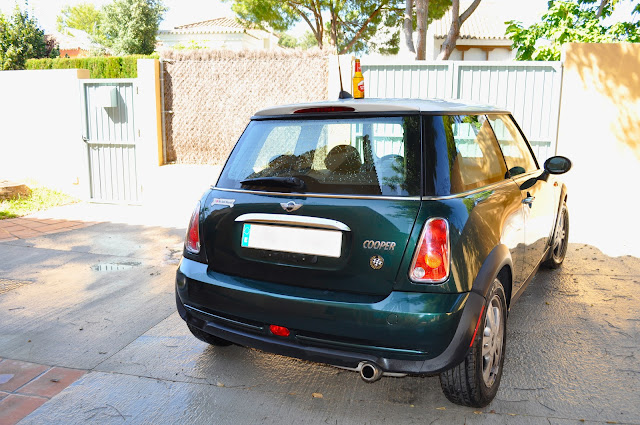 The Mini in España and complete with (obscured) Euro-plates.

The base that Graham is assigned to is owned by Spain - the American military is essentially a guest, though the relationship is mutually beneficial. The gate guards are Spanish, Spanish identification is needed for access, signs are in both languages, and the red and yellow flag flies. In fact, the American stars and stripes can only be raised for a few days around the 4th of July, and only with express permission from the Spanish command. Which is pretty amazing when you think about it...what are the chances of an American base in the States flying another country's flag? 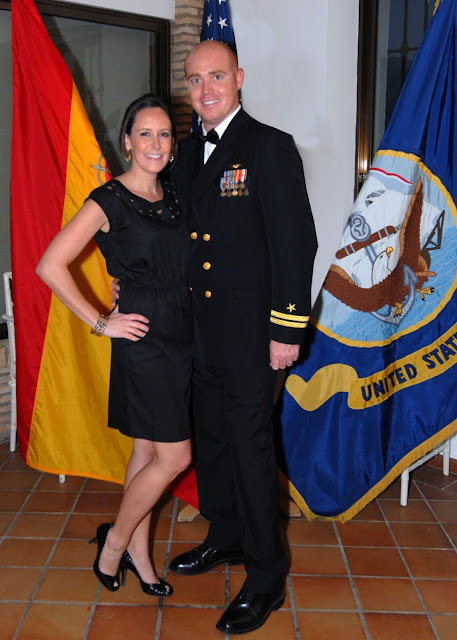 Both flags represented at a dining out.

Despite the fact that this is undeniably Spanish territory, we have access on base to what we call Little America - a grocery store, convenience store, and small shopping center that are all stocked with American goods, a bowling alley, movie theater with English-language films, gas station that is far cheaper than what Spaniards pay, US post office, even a Subway and Taco Bell. This means that certain things that would usually be difficult to get or more expensive for Americans living abroad - peanut butter, a tank of gas, the latest Bond movie, non-Spanish beer - are cheap and available. 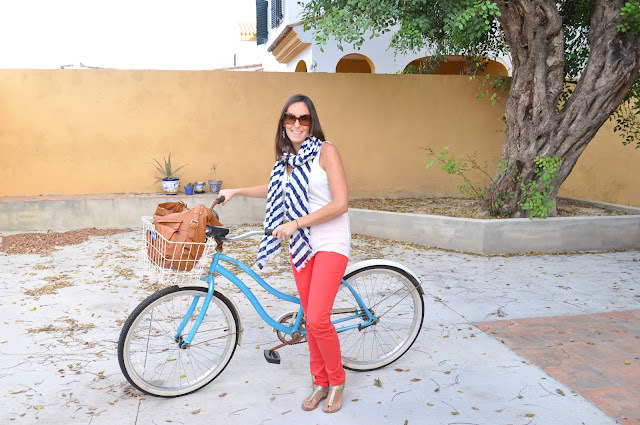 Rockin' the red, white, and blue on my way to watch (on tv, no need to be jealous) the opening ceremonies of the Olympics.

It is quite possible that if we lived on base and relied solely on these resources, that we could complete Graham's tour here and hardly ever leave Little America. Some people do just that... But even though we are grateful to have familiar food and conveniences, we have tried to immerse ourselves in the true España. And yes, there are challenges - mostly due to language and cultural differences. Despite those frustrations, it is beyond worth it. 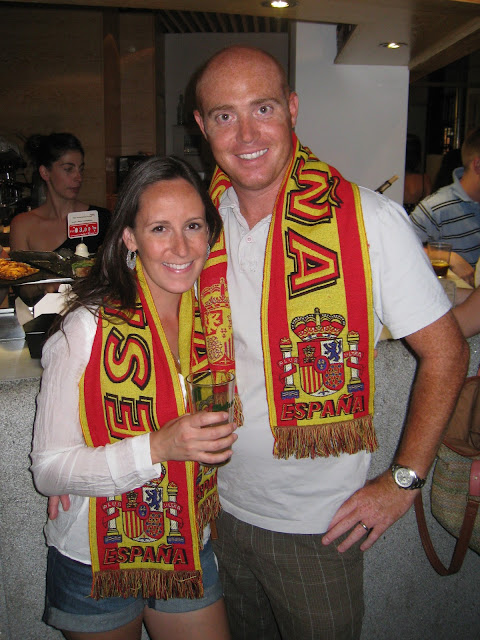 We know our time is limited. The same Navy that made our move here possible, will take us away. That's military life. Expats living abroad can hope to find a new job, stay another semester, extend a visa, but when our time is done, it's done. Some expats come to España for what they think is a pre-determined amount of time, then they fall in love, with the country or a person, decide to stay, maybe even marry a local. But we're already married (otherwise the title of the blog would be a little silly) and both American! So, while our experience living abroad includes lots of assistance, and even our own Little America, it is also has its limits.

This is truly the opportunity of a lifetime and we encourage anyone and everyone to make the move abroad, if at all possible, especially military members. If you can get overseas orders, take them! I promise you won't regret it.

Have you ever considered moving overseas? If you're already here, what was the biggest challenge?