Last Sunday, because the sun was out after many days of rain, we drove up to Jerez de la Frontera (simply Jerez or "Heresth" with that perfect local lisp). It's a quick trip, only about 20 minutes from El Puerto. We've been many times, since it's a larger town and has more to offer, but usually we're hitting up the mall or Ikea. And I'm guessing you're not really interested in pictures of any of that...

Of course, we've gone for dinner before and some special events - feria, a flamenco show, we even went there for New Year's Eve. But on Sunday we just walked around, enjoying the weather and the character that Jerez has to offer. 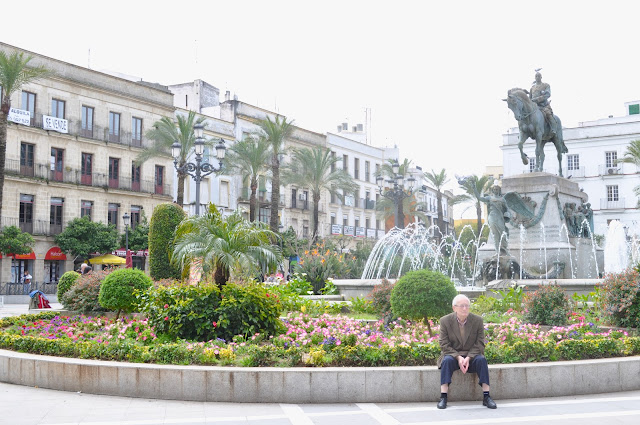 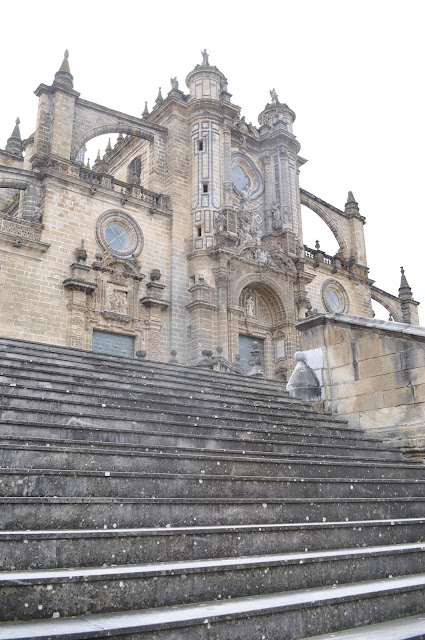 Of course, there's a cathedral. 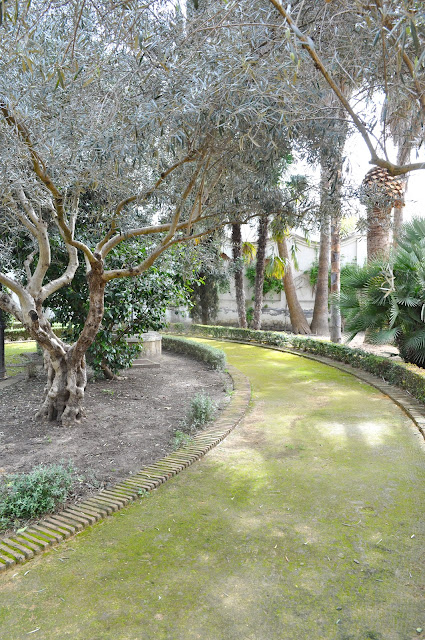 A garden tucked into a courtyard. 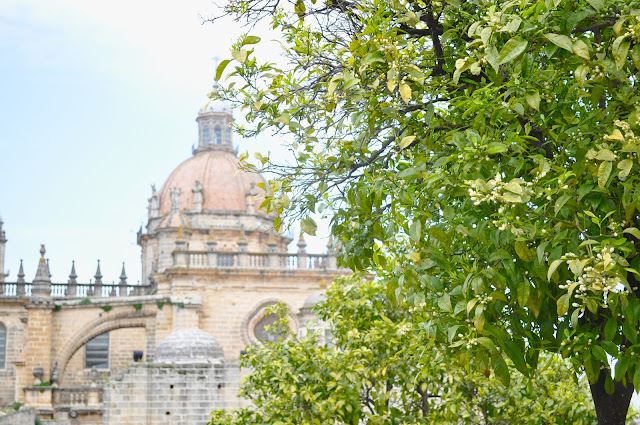 The orange trees are in bloom, the word for an orange blossom is azahar. A word that just sounds exotic, like the smell. 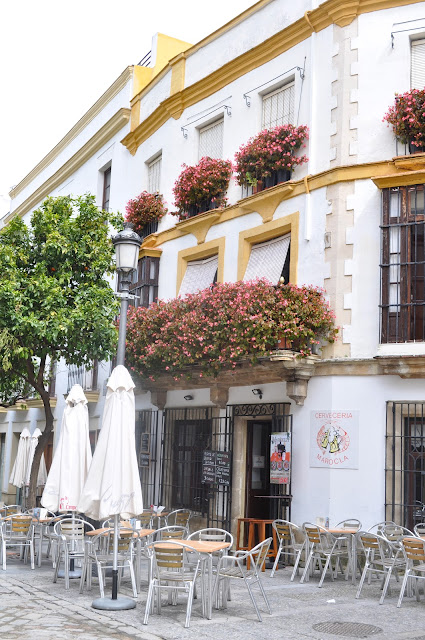 Jerez has a ton of cafes. Also, a lot more foreign tourists than El Puerto. Even though we have Little America, I was surprised by how much of the Queen's English I heard. 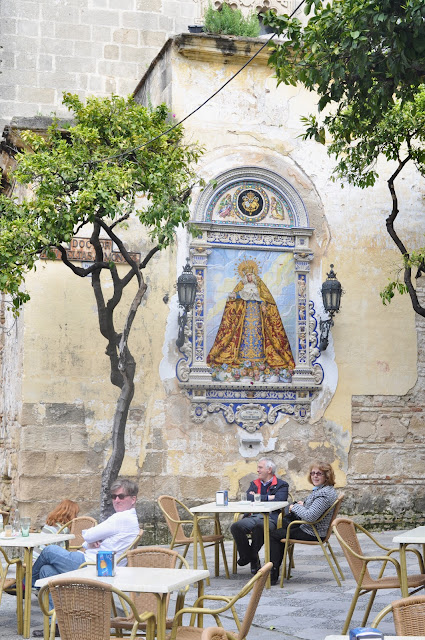 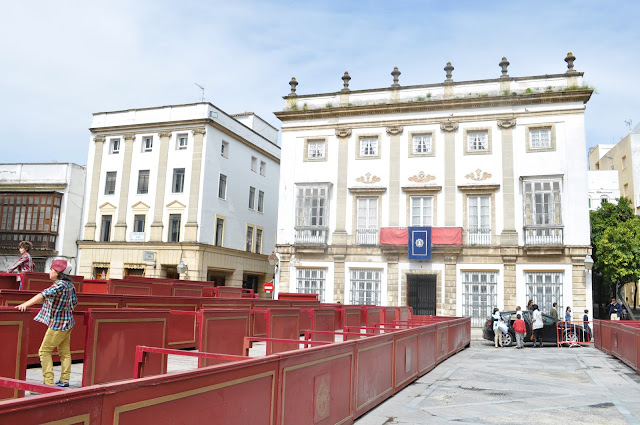 The city was making preparations for the Semana Santa parades, since Holy Week begins next week. 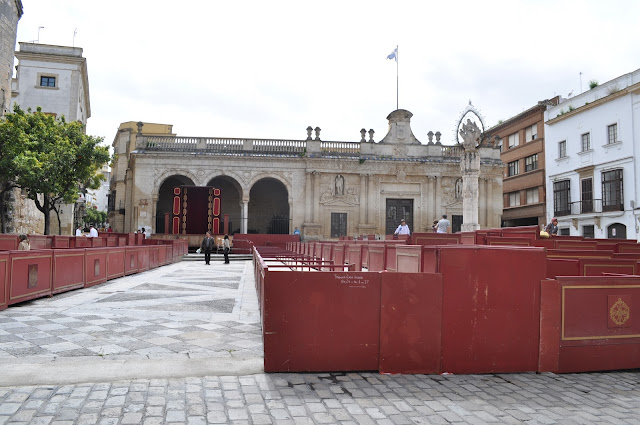 I have a feeling that we'll be making more and more random trips to Jerez. There's something just so perfectly Andalucian about the old city center. And, it's on my list of resolutions!

Is there a city nearby that you sometimes overlook? Jerez reminds me of when I was growing up in Maryland, how much I took Annapolis (another great town, full of character) for granted, which was also only about 20 minutes away, and now I miss it, since it's a much longer trip!