I'm back and August recap!

If you follow my instagram, then you're probably aware that we recently returned from a 12 day driving vacation - mostly Croatia and Slovenia, with a little Bosnia and Montenegro thrown in, and even some Italy and Austria for good measure. It was amazing, I took a couple thousand pictures (I could have exaggerated and said something like "a zillion" but the real number is ridiculous enough), and will be sharing some posts about the whole trip soon.

Before moving on though, I really wanted to talk about the end of my summer. August was just what I needed after an incredibly rough time (see:  my June and July) and made it clear to me that after 2 years, El Puerto de Santa María is my home. It's the familiar place that I look forward to being after a long or stressful trip, I like the routine and the pace of daily life here, and it has become full of friends and experiences. Of course, it won't last forever, such is Navy life. But for now, I'm enjoying living la buena vida.

So this is just a happy little recap of my August, some events and good times that really bolstered my battered spirits. Sounds dramatic, but seriously, if I could never have so many negative things happen in such a short time ever again, that would be wonderful. Gracias.

Each one of these events could have had its own post, but at the time, I was just happily soaking everything in and loving living in the moment, which was so refreshing.

Anyway, let's get to the pictures! 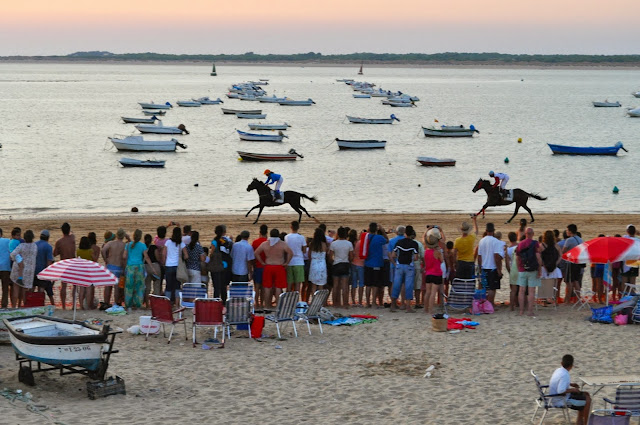 This was our third year attending the beach races in Sanlúcar and it's one of our favorite events, so we made a point of going 2 nights, once during each weekend. Both times, we went to the finish line tent. 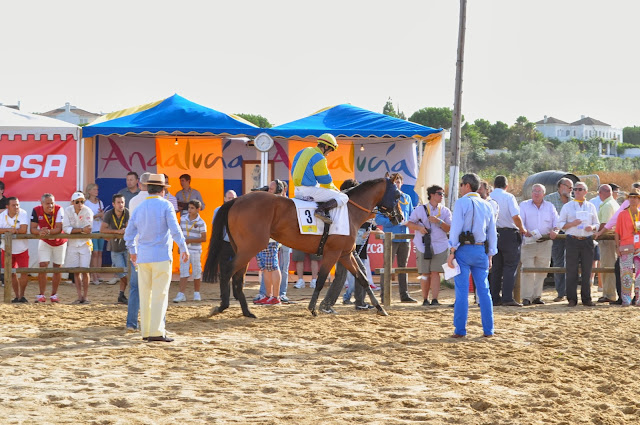 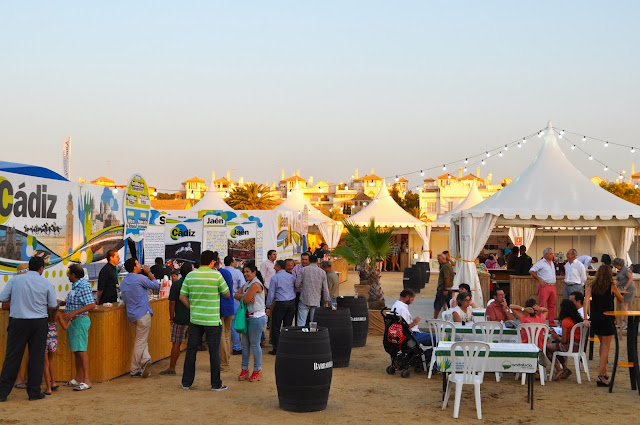 Horses, sunsets, a little betting (but no winning), drinks, food, and friends. What's not to love? Well, except for the not winning. That would have been a nice bonus. 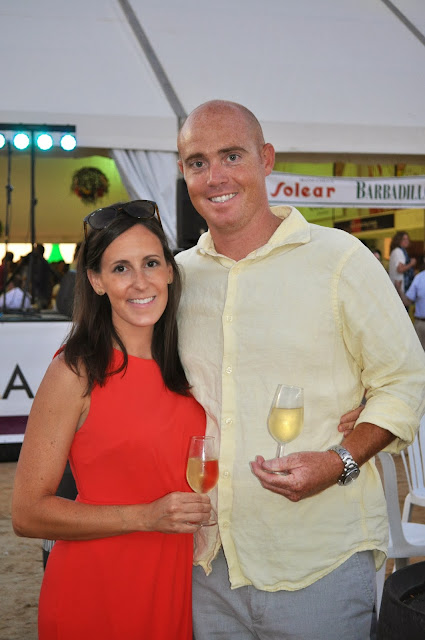 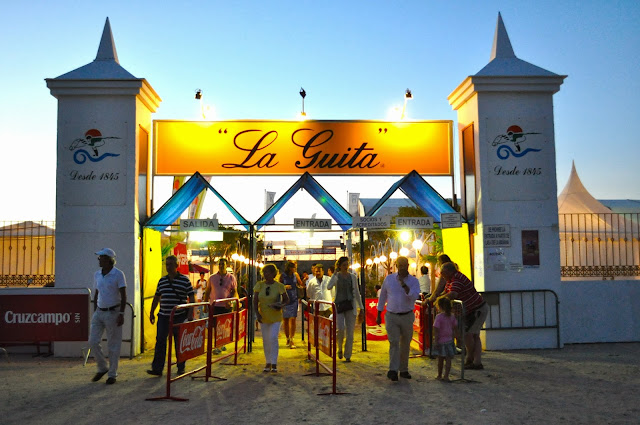 Since we had recently traveled to the States twice and to Bordeaux, we didn't travel over Labor Day weekend (Graham gets American holidays, even though the base is Spanish). But we did try our best to get out and see some different sites in our area. 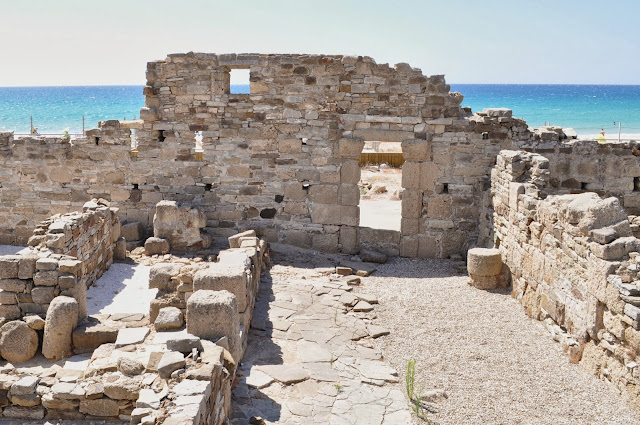 We finally went to Bolonia, which is only about an hour drive away. We spent a (very windy) day checking out the Roman ruins, having lunch at a chiringuito, and being mesmerized by the crazy blue water. 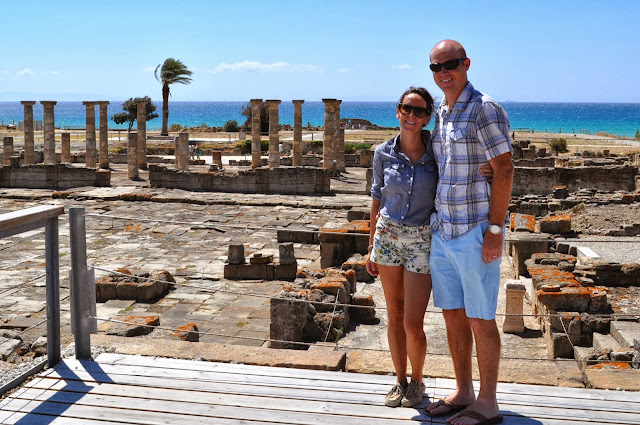 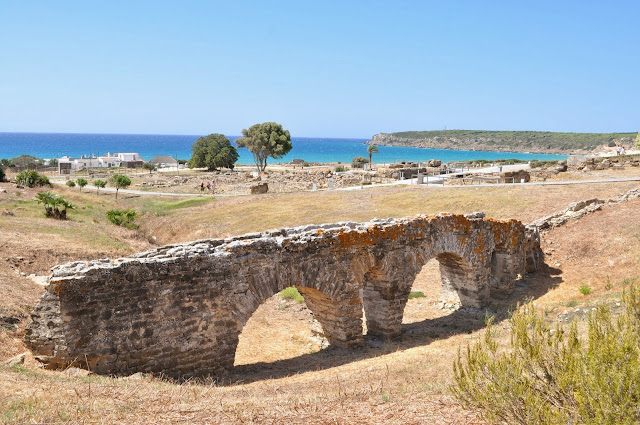 I've been wanting to take a paella class pretty much since the day I moved to España and in August I finally made it happen. 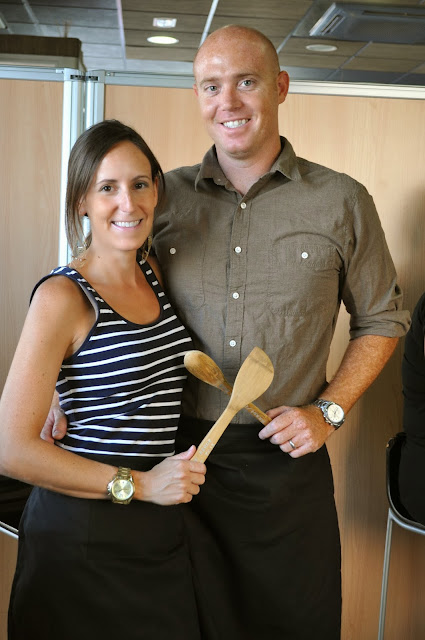 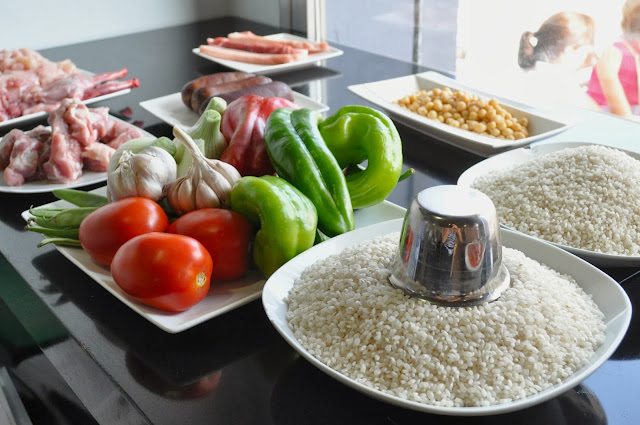 The class was offered through the base at a local restaurant, Diverso, in Rota. We learned to make 4 different types of paella and then, the best part, we tried each paired with wine or sherry. 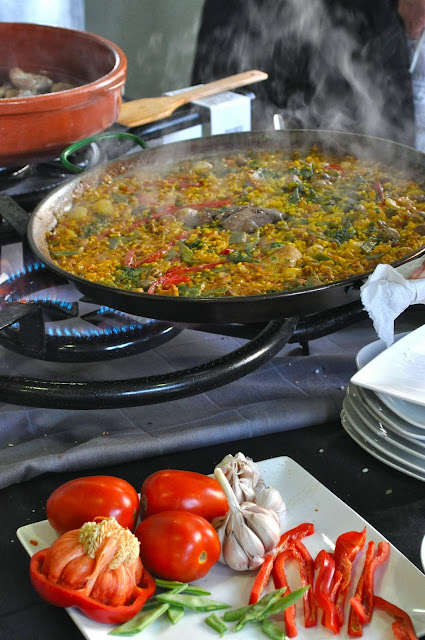 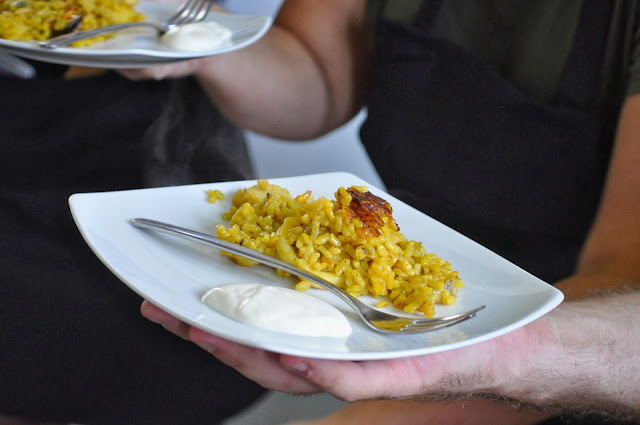 I love that the crunchy part of paella that comes from the bottom of the pan has a specific name - "socarrat". 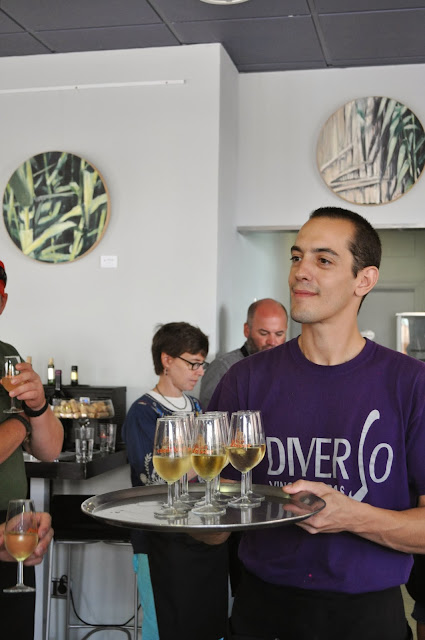 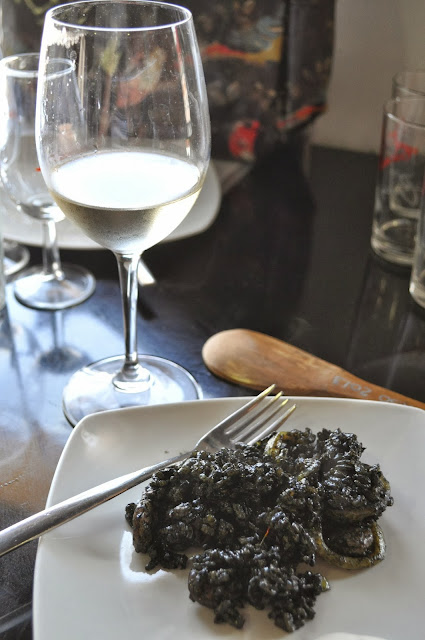 Arroz negro is quickly becoming my favorite paella. It doesn't look impressive (and certainly doesn't photograph well) but don't be deceived - the flavor is complex and delicious. 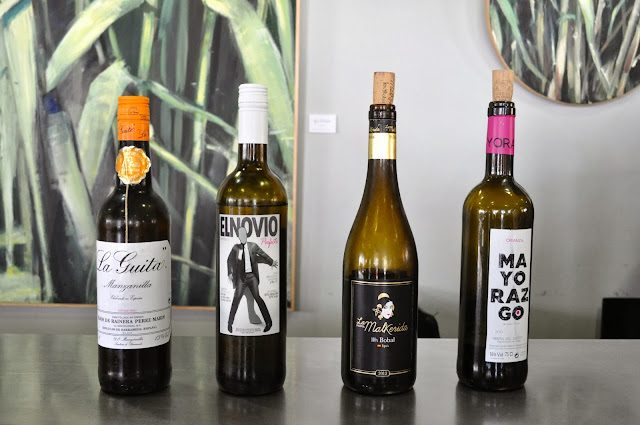 Friends invited us to a concert at the bull ring and although we weren't very familiar with Miguel Poveda, it turned out to be a great night. Since I'm not into bullfights, it was also a great way to go to an event at the El Puerto ring. And a concert at a bull ring...who can so no? So very Spanish. 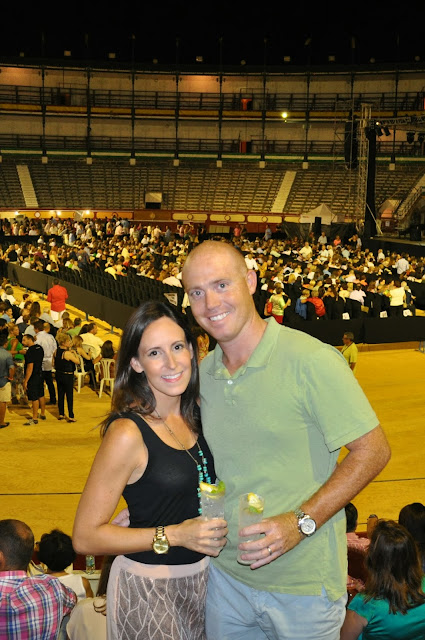 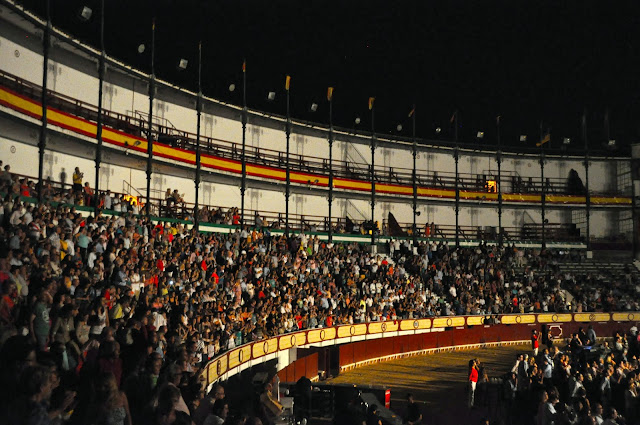 Since I didn't really do this post in chronological order anyway, I saved my favorite day of August for last.


My birthday is in July and this year it fell in the midst of an incredibly terrible time. In fact, we were leaving the next morning to return to the States, for reasons that were far less than ideal. Graham had planned a party weeks in advance and it was quickly cancelled. 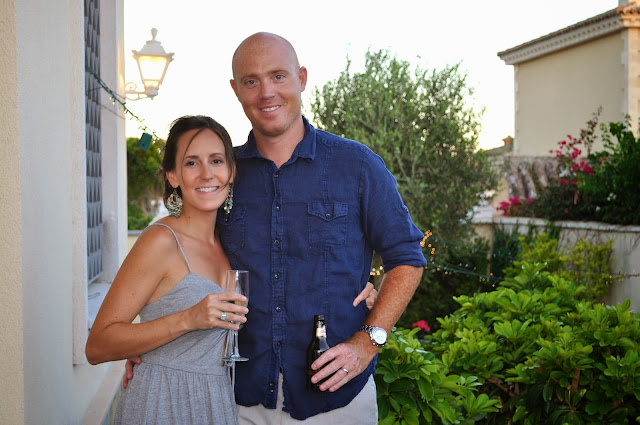 On August 9th, he threw the party he had planned for the month before. And it was perfect. We had friends over for cocktails and a paella dinner party in our garden. 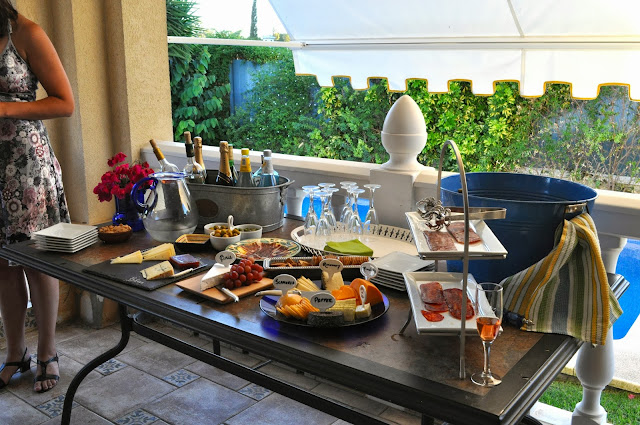 Of course, there was cava and cheese, lots of cheese. 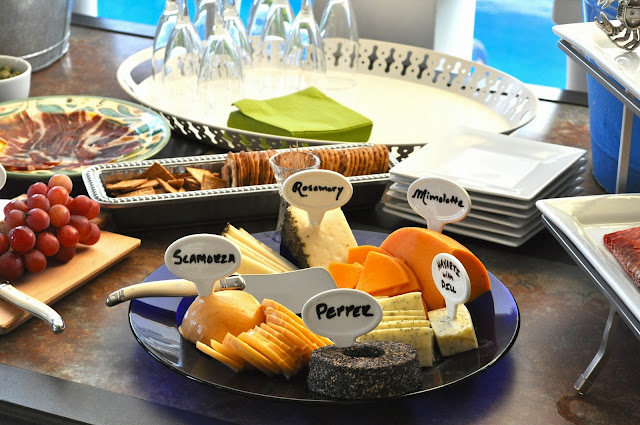 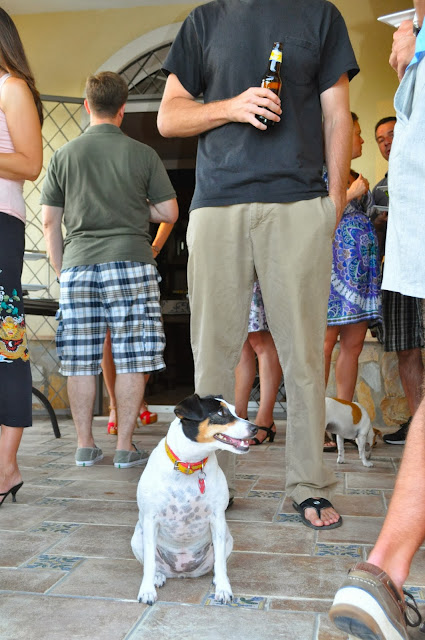 It was wonderful to have a patio full of friends (and small dogs) and to celebrate well into the night under twinkle lights. 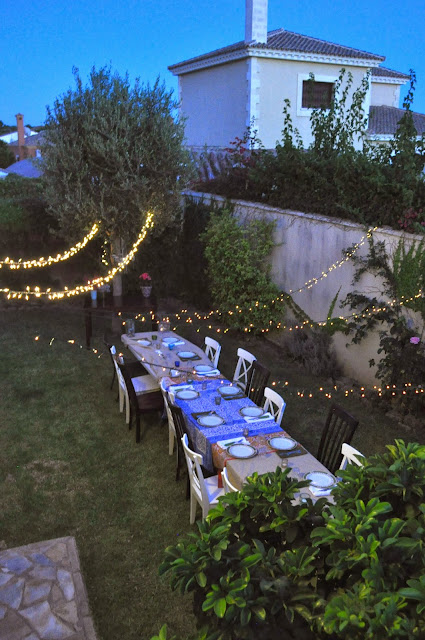 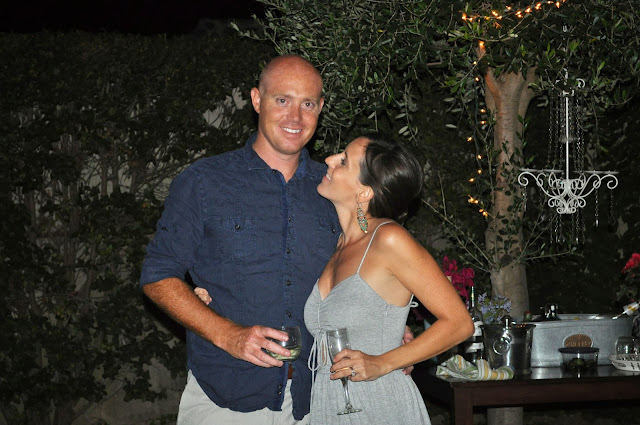 Seriously, this was one of my favorite birthdays ever. It was so wonderful - I can't thank Graham and everyone else who were a part of it enough. I really might change my birthday, since August seems to suit me. It was a great month.