The blog took a week (mas o menos) hiatus because I had friends in town from the States and spent my time with them instead of the computer - taking day trips, exploring pueblos blancos, seeing the sites, catching up during some late nights, and of course, wining and dining them with typical Spanish specialties. So, it was very quiet on the internet, but quite busy in real life. Which, if I have to choose between the two, is what I prefer, hands down.

Also, I've been struggling (mostly due to the epic number of photos that I took) to decide on the best way to share our end-of-summer, 12 day, big Balkan roadtrip, but after some thought, I'm just going to go through our destinations chronologically. I know, so boring, no Top 10s or 5 Musts or Don't Miss This Or You Will Regret It Forevers (actually, I do have one of those, but I'm sure the title will be something much more literal than that).

Instead, I simply want to focus on the pretty pictures and share some of our favorite parts of the trip, sticking with the journaling style that I like. When that's all finished, I think I'll do a wrap-up post with more details, tips, and specific information for those who are interested in planning a similar vacation. What do you think?

We flew into Bologna in the evening, picked up our rental car, and had just enough time to get to Ferrara for a late dinner. While it was bustling and charming on a Friday night, it wasn't until the next morning that we really got a chance to see the city. 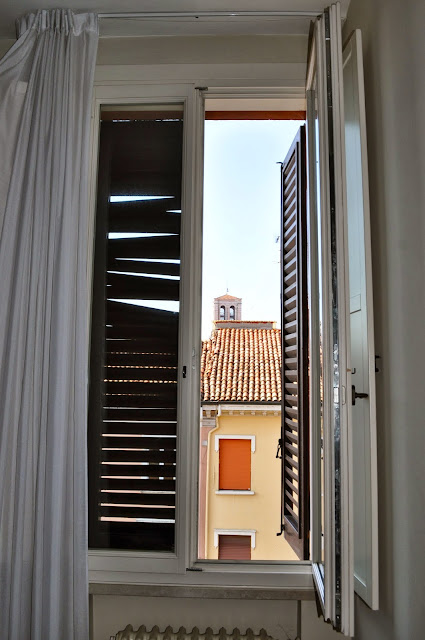 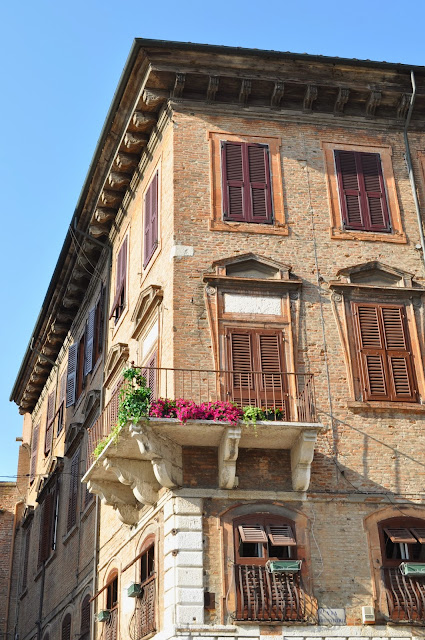 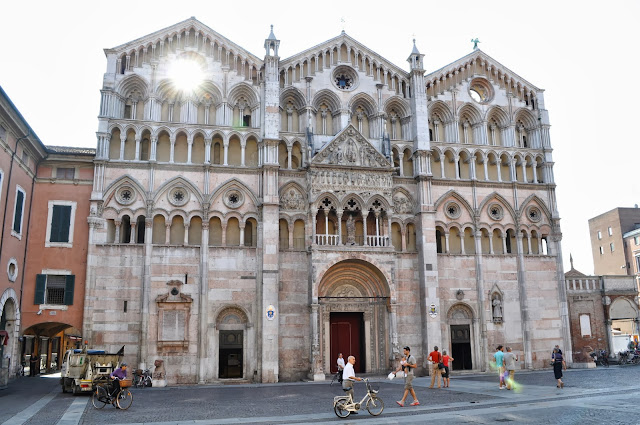 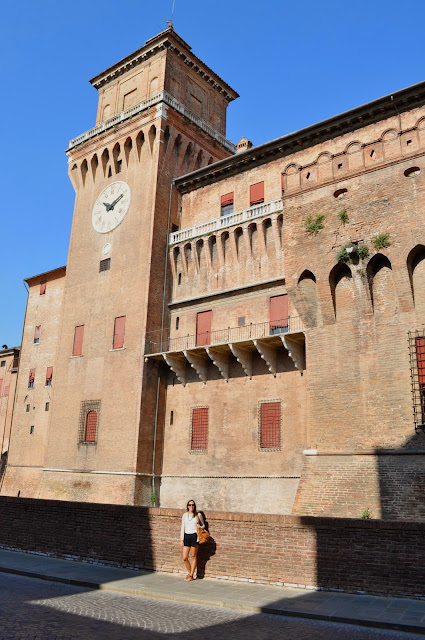 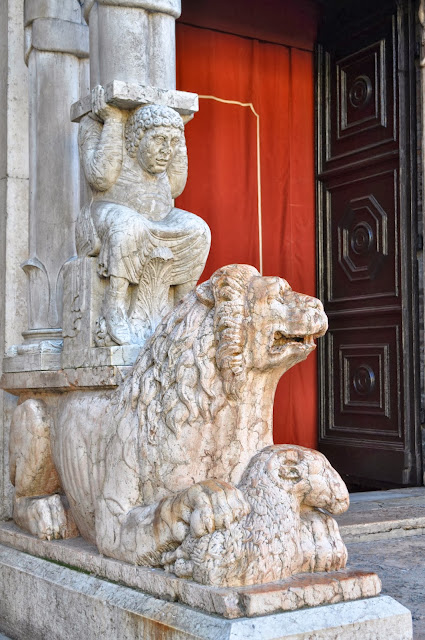 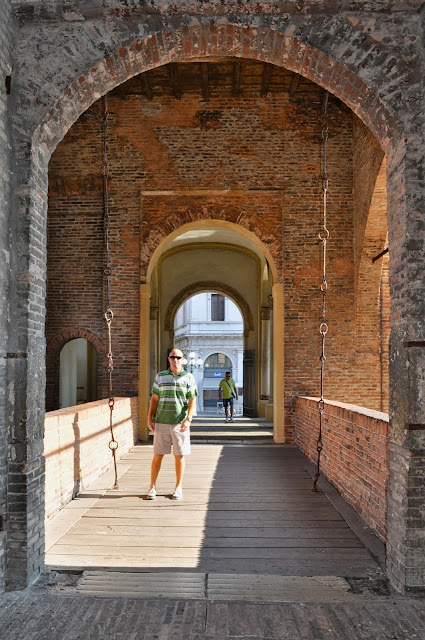 Saturday morning was sunny, and a bit sleepy, in the medieval city center as people slowly emerged to run errands, stop at news stands, or chat with friends. No matter what the activity, almost everyone was getting around on bikes. 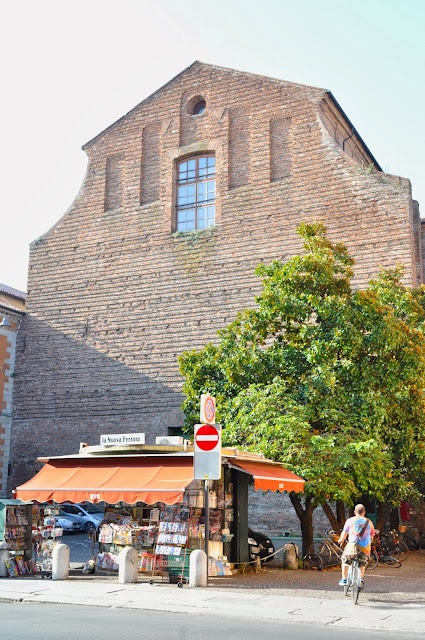 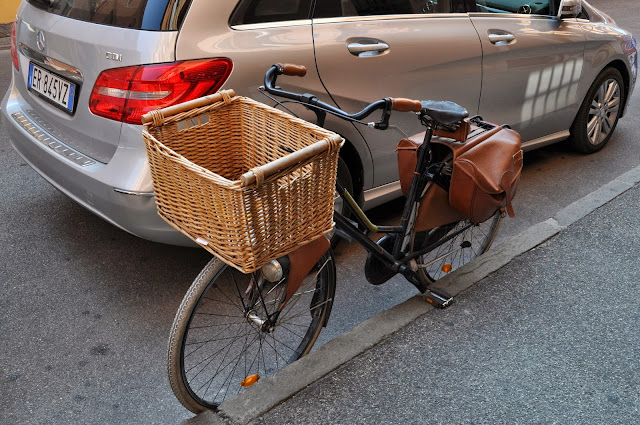 Some were even kitted out with leather saddle bags and real wicker baskets...so much fancier than our shabby beach cruisers. What else would you expect from the stylish Italians? 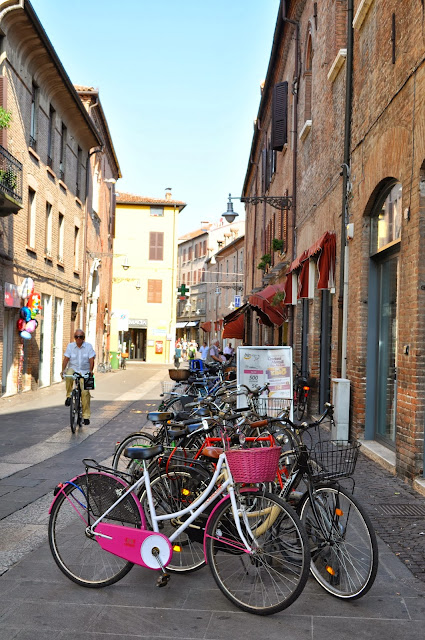 No matter what they looked like though, bikes were parked everywhere - crowding side streets or propped outside of the cathedral. 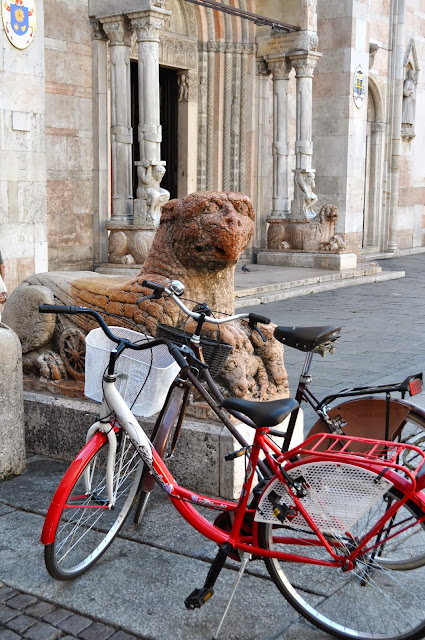 Our second day took us from Ferrara to Rovinj, driving around the extended curve that the Adriatic Sea forms at the top of the boot and south into Croatia (with a quick pass through the strip of Slovenia that touches the coast). 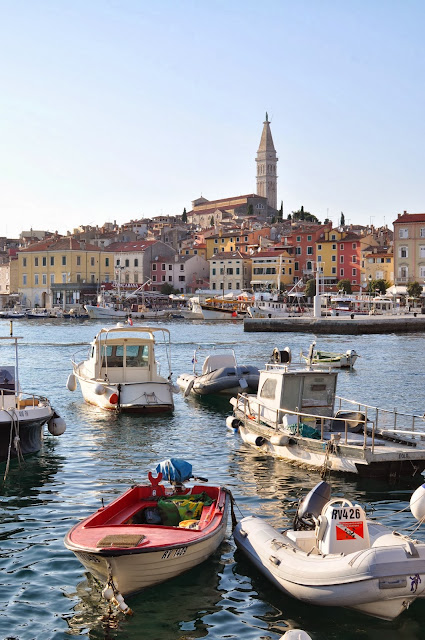 If Ferrara is a city of bikes, then Rovinj is a city of boats. Our first official stop in Croatia, Rovinj is in Istria, on the northern coast of the country, and it remains very much a port village. 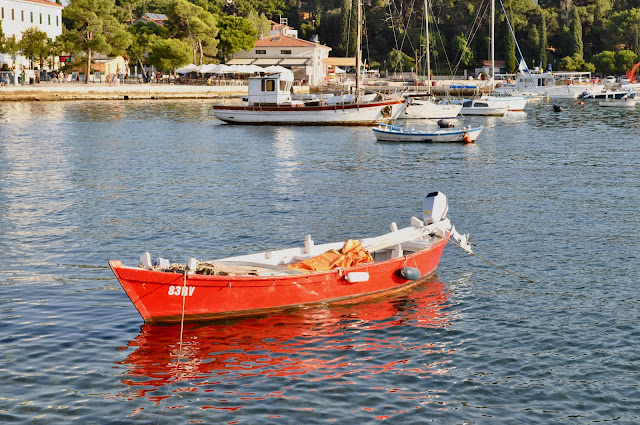 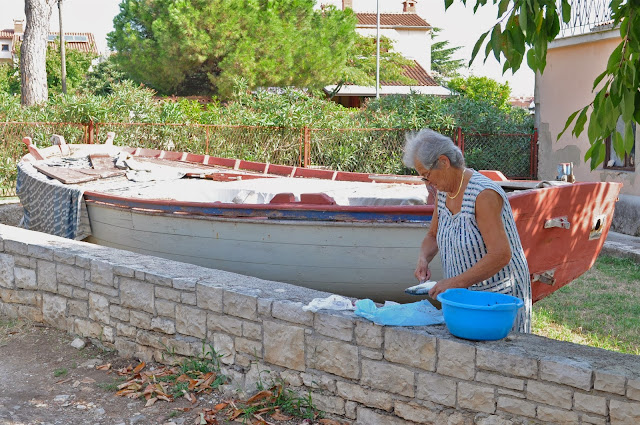 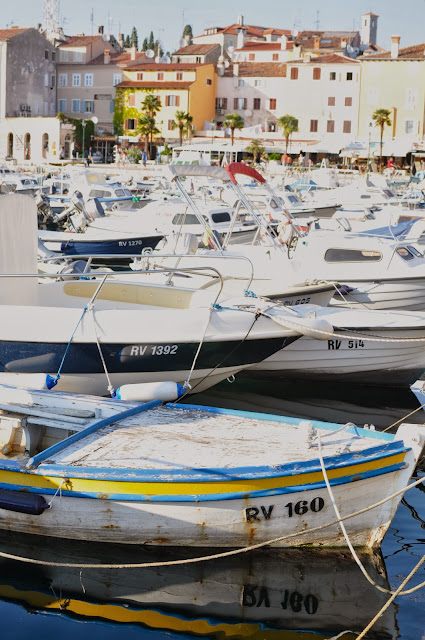 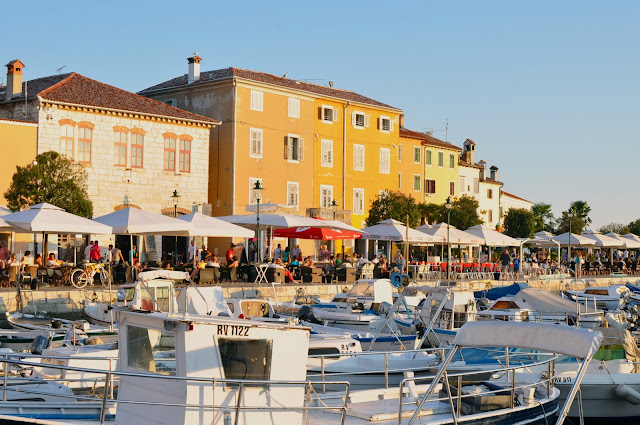 We arrived late in the afternoon, and immediately set off for the old part of the city, which is located on a small peninsula, surrounded by the Adriatic. We strolled around the port, stopping for a beverage or two, taking in the buildings as they reflected the fading golden light, then wound our way around the waterside to watch the fantastic sunset. 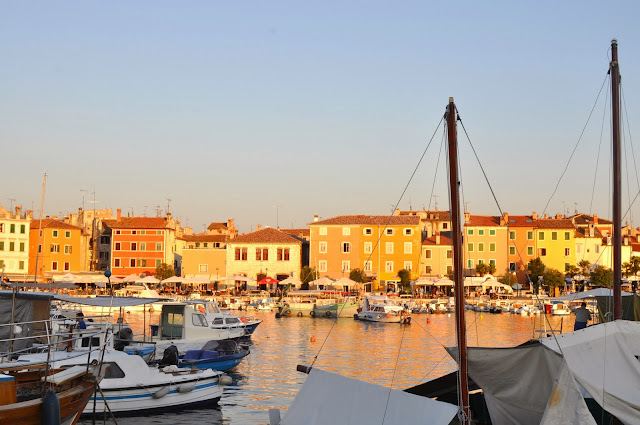 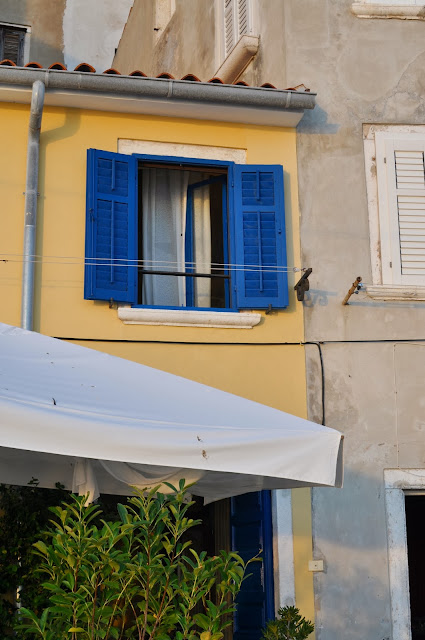 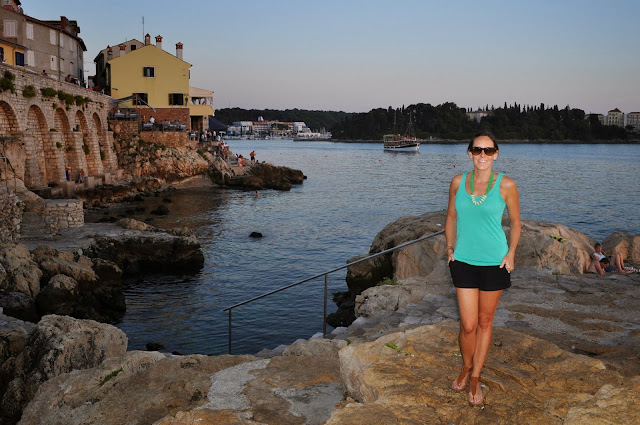 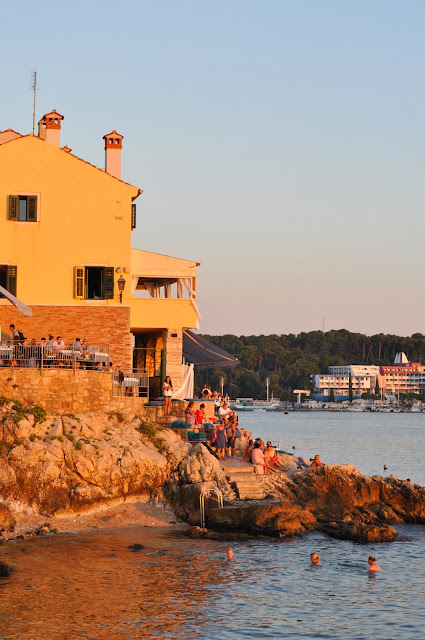 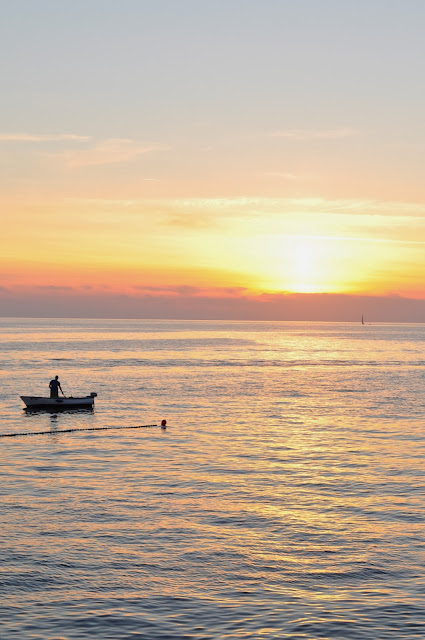 Just a little more than 24 hours into our roadtrip and we had already seen the sun set on Italy and Croatia!