Remember in my first roadtrip recap that I said I wouldn't be titling any posts "Don't Miss This Or You Will Regret It Forever"? Well, I won't be. But if I was going to, this would be it. Take note.

Plitvice Lakes National Park (Plitvicka Jezera) might not be a place you know by name, but I guarantee that you've seen pictures of it before. If you haven't, it may be because you haven't encountered a travel magazine, top things to see before you die article, or are brand new to the internet. 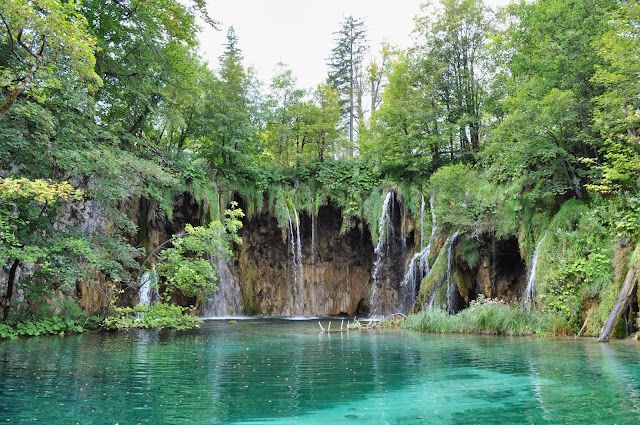 The stunning (and ubiquitous) images of this destination capture the imagination of almost anyone that sees them and lands it on many travelers' lists, including mine. But photographs, even those that are far superior to the many that I snapped, don't do this place justice. It is otherworldly. 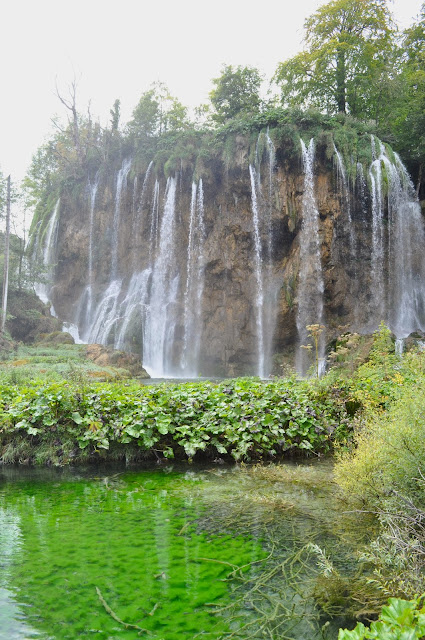 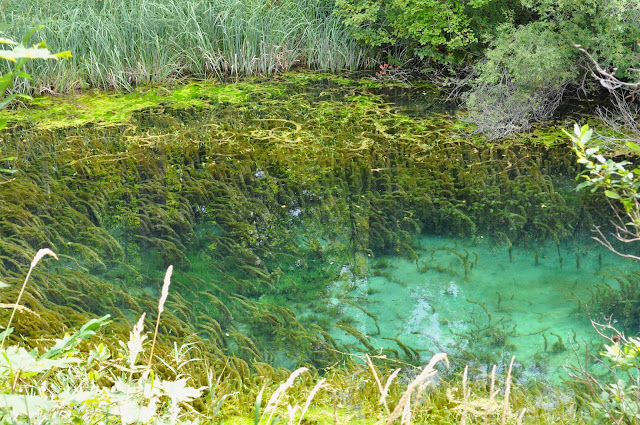 And because of its location, farther north and inland than the popular islands and cruise ports, not everyone that travels to Croatia will go to Plitvice Lakes. But they should.

Now, that's not to say that it's a hidden gem. This UNESCO World Heritage Site has many visitors and can become especially crowded during the peak summer season. Even though we were traveling in September, we arrived early, so that we could spend hours exploring the park. 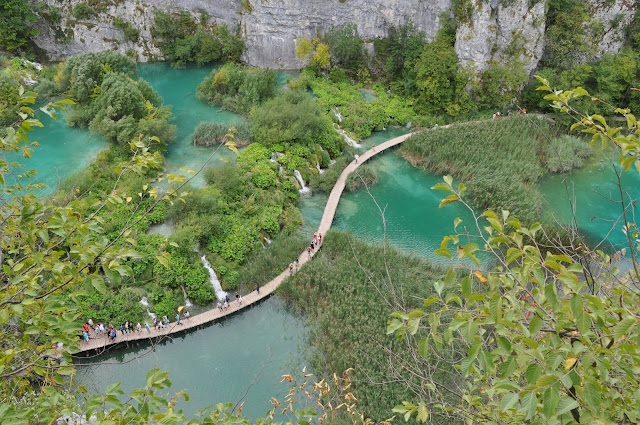 Plitvice is absolutely stunning - dominated by the turquoise blue of its lakes and the emerald green of the forest. There are more waterfalls than you can count, not to mention cliffs, caves, streams, rivers, and coves. What makes the park unique is the mineral deposits in the water that carve through the rock and collect on algae and plants, creating a mesmerizing series of cascades and an ever-changing landscape. 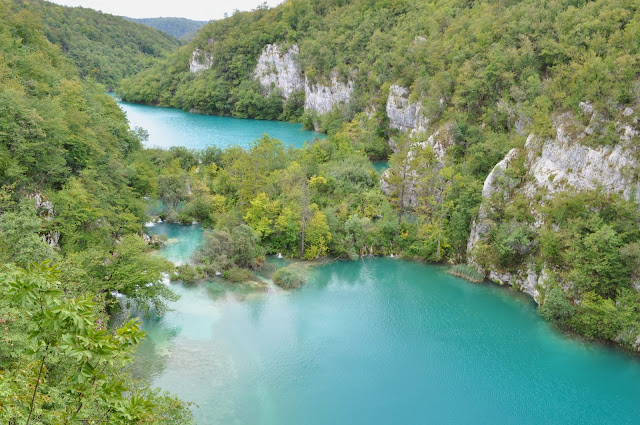 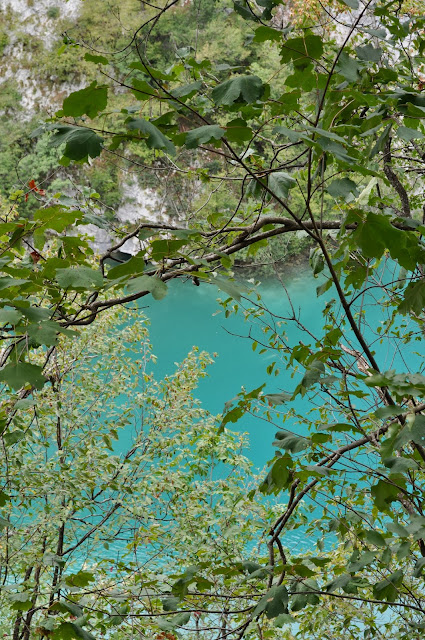 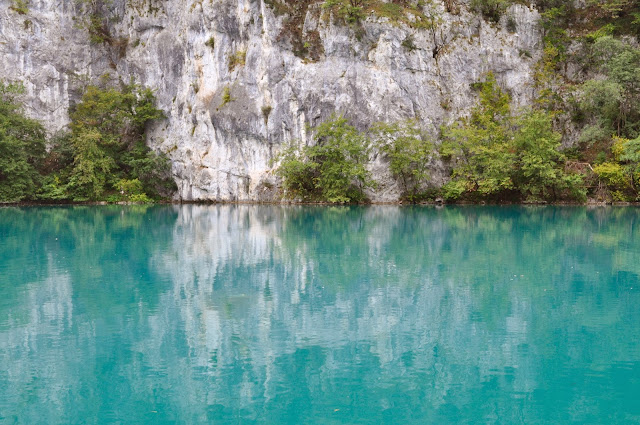 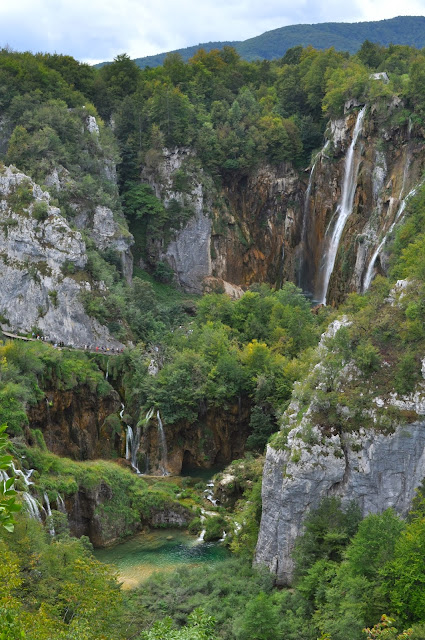 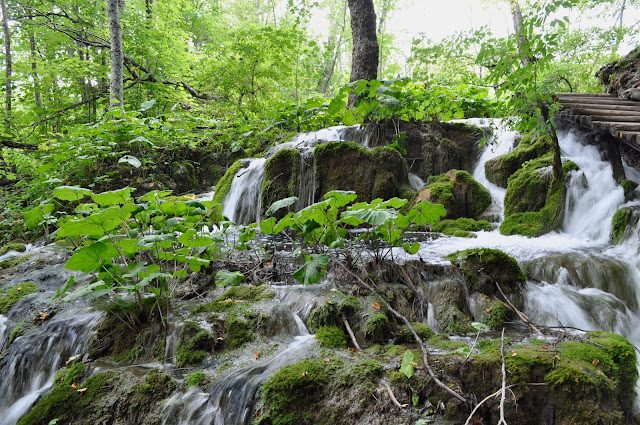 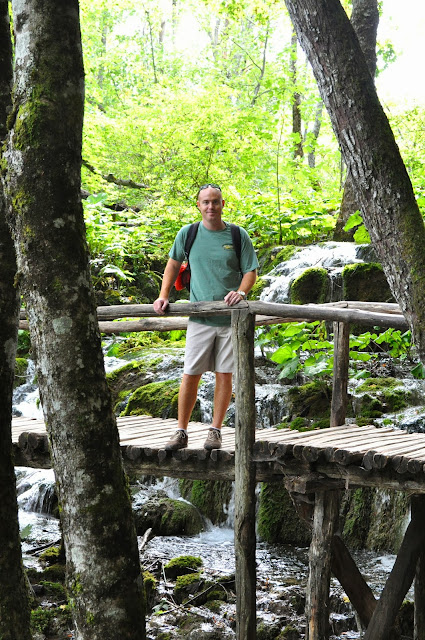 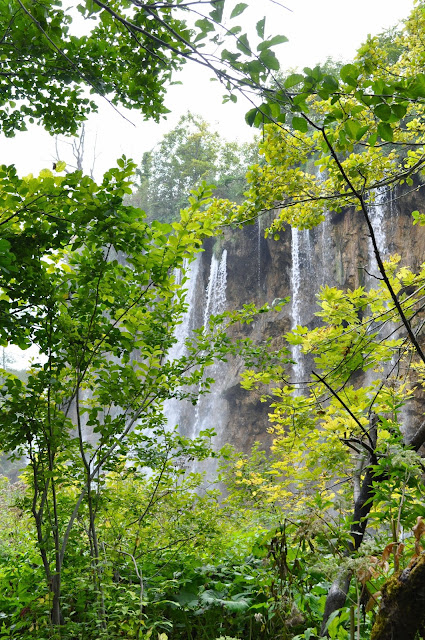 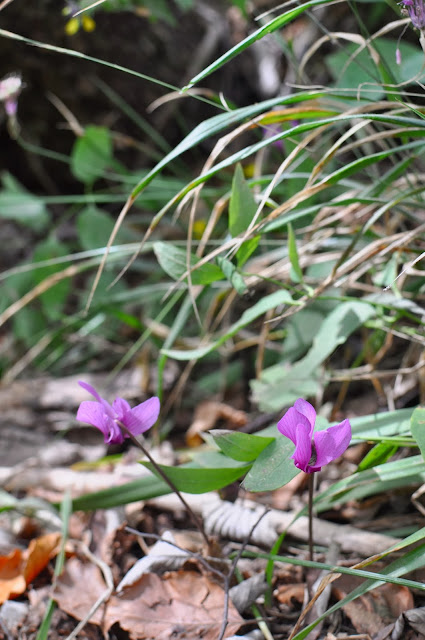 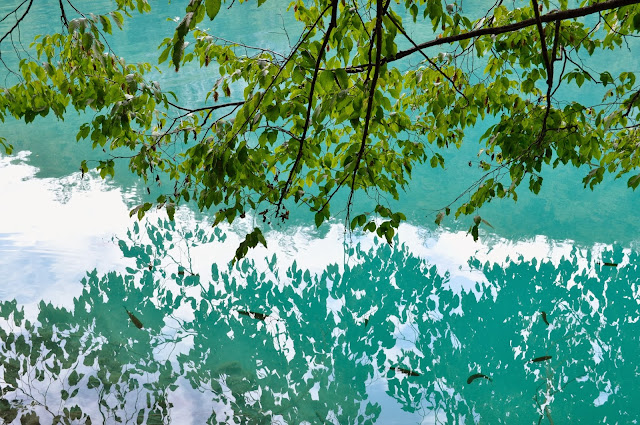 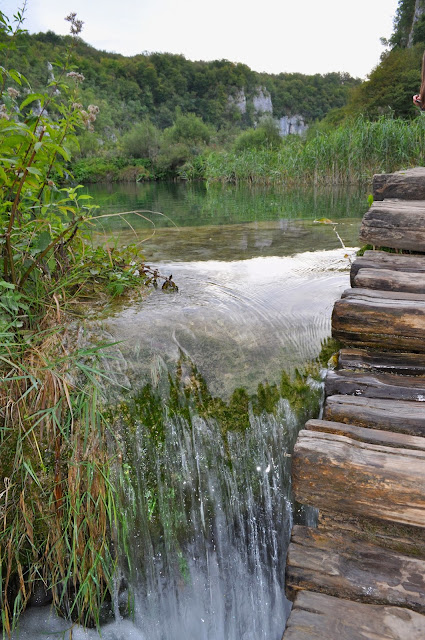 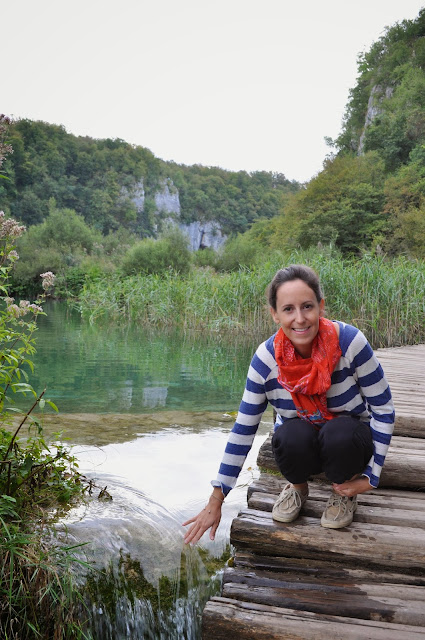 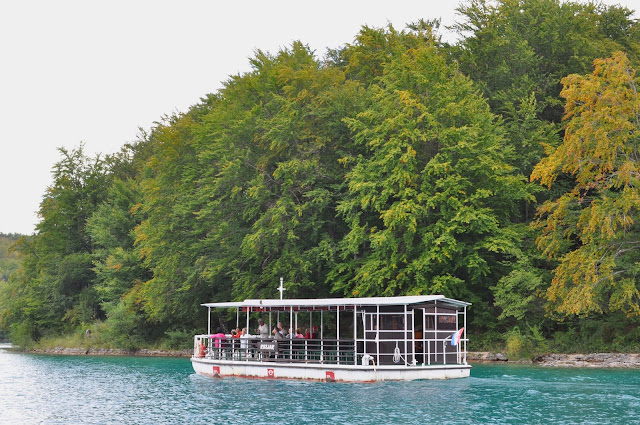 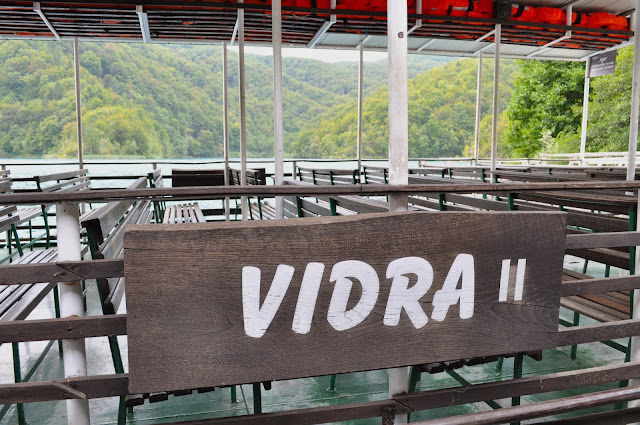 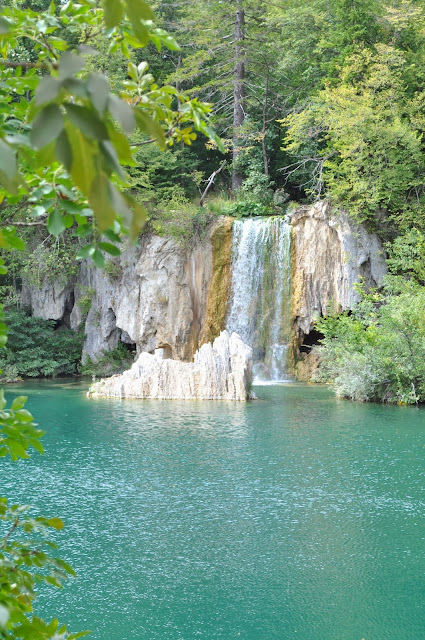 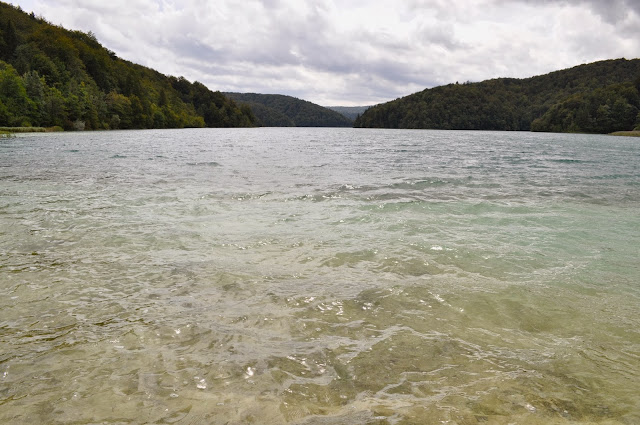 Beyond the beauty of this place, I was overwhelmed with that feeling of finally being somewhere that I've wanted to visit for years. Gratification, being grateful, a sense of accomplishment, the satisfaction of doing something that I told a younger me that I would... Simply put, this day was definitely one of the highlights of my trip. 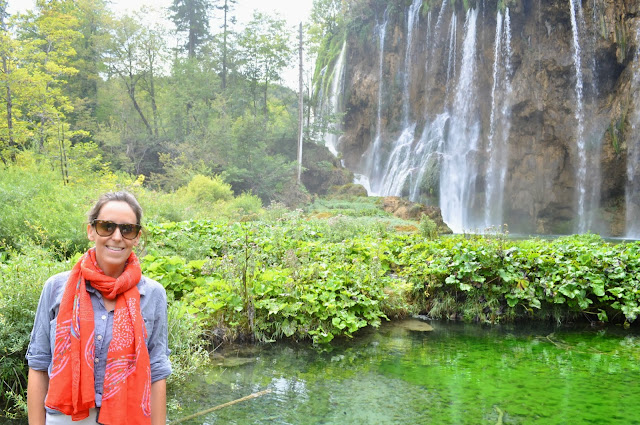 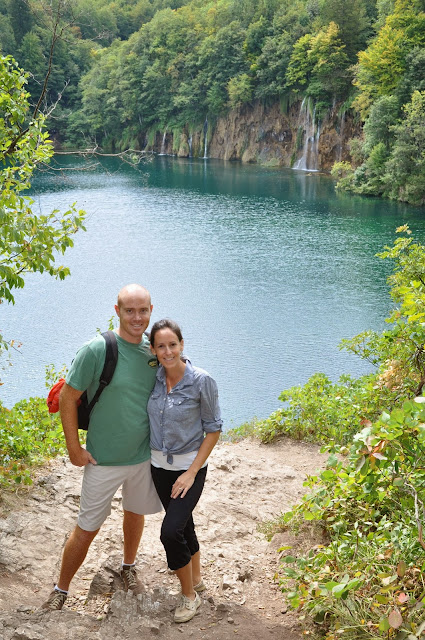 If Plitvice Lakes is now on your list (or has been for a while) here are a few tips to make the most or your experience:

Stay in the area overnight.
That way you can get up early the next day and beat the crowds (this is especially important if you are traveling in the summer). The narrow walkways become backed up, pictures become harder to take, and the park is truly at its most magical when the only noise is the rush of the waterfalls. 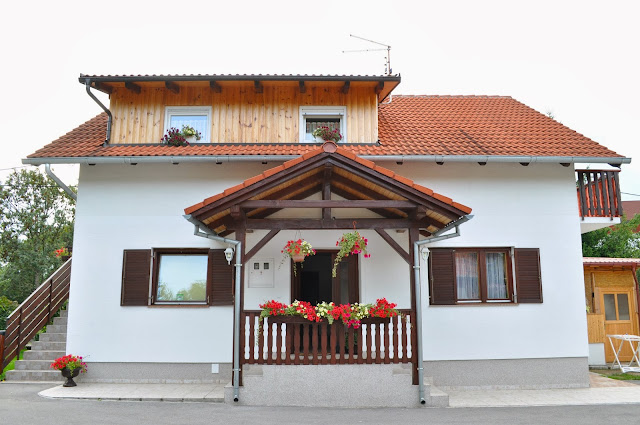 Plitvice Lakes National Park is in a somewhat remote area of Croatia, but there are plenty of guest houses and several good restaurants nearby. We loved staying in a traditional home, had a delicious dinner the night before, got a good night's sleep, and started the long day with breakfast, thanks to the kind owner.

Pick your route.
There are multiple trails that range from a couple hours to all day hikes. We opted for the trail that combined both walking and a boat across one of the larger lakes to get to the top of the series of lakes, but then took the bus back down. It was estimated to take 4-6 hours and with taking pictures and a stop for a beer at the top, it was just about 5 hours for us. We knew that we wanted to see the majority of the park (and more than the standard 2-3 hour route) but were also aware that walking the entire way might be more than we could handle. 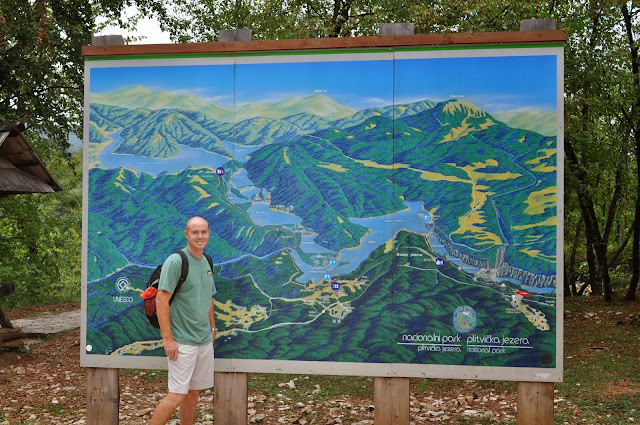 So, know your tolerance for walking, consult the map at the entrance, and go from there. The trails are well-maintained and marked, so I encourage you to push for one of the longer routes, if you're up for it. You'll see more and it will separate you from the general crowd.

Pack food.
We picked up some waters and snacks at a local grocery store before entering the park (there is also a small convenience store at the entrance). 5 hours of walking makes for a long day and even though there are restaurants at several locations throughout the park, it's good to have something to grab on the go, especially if you're not a burger-and-fries fan or don't want to wait in a crazy long line. This is definitely a simple tip, but we've learned from past hangry experiences. 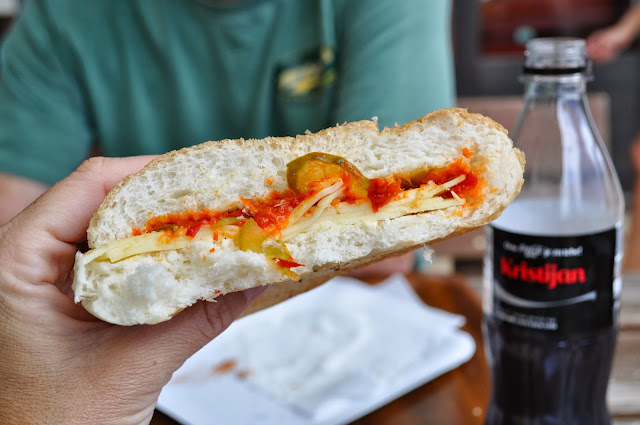 My post-5 hour walk lunch of a cheese and ajvar (a type of local pepper spread) sandwich, since my flexitarianism isn't flexible enough to handle a burger.

Gear up, but not too much.
We woke up to a forecast calling for rain all day. Because we hadn't packed a bunch of rain gear, we actually considered just heading to Dubrovnik and coming back to Plitvice at the other end of our roadtrip. Luckily, the rain held off, but we still found we needed layers to start the day and it had warmed up considerably by the afternoon. So, bring a small backpack, wear layers and athletic shoes, and of course, make sure to have your best camera. But you absolutely do not need to prepare as if this is an expedition to Everest, so don't waste precious space in your discount airline-approved luggage. 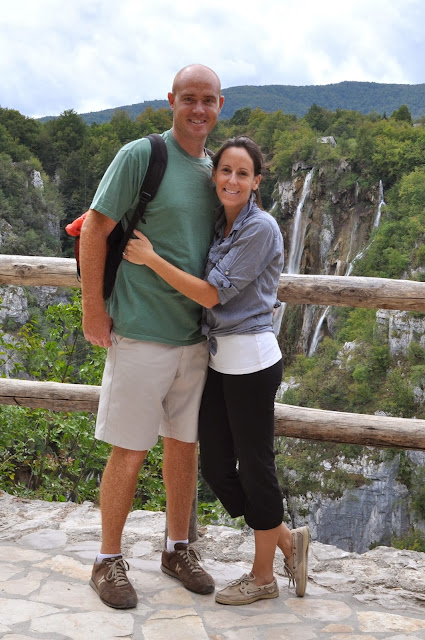 Have you been to Plitvice Lakes National Park? Or another destination that exceeded your expectations after being on your must-see list for a while?