On the road again!

After overnights in Ferrara and Rovinj, we were headed to Plitvice Lakes but knew that we had time to make a stop in Pula to check out the Roman ruins.

I know that sometimes after people have spent a lot of time traveling in Europe, they can tire of seeing cathedrals, or castles, or ruins, or what Graham and I generally lump together into a category that we affectionately refer to as "old shit". Admittedly, it's everywhere - from small villages to grand cities, almost every town boasts its own visible (and visitable) connection to the ancient past. And sure, it can start to run together. Which town was that Moorish fortress in? Which pueblo blanco has the church at the top of the hill? (Answer: Almost all of them.)

But to be honest, I still love it. Maybe it's the American in me, but I'm still fascinated by the antiquities that are found around every corner. And Roman ruins are no exception.

We had previously visited the Roman ruins north of Sevilla, in Mérida, and it seemed like a great opportunity to see more, so much farther east, in Croatia.

So, we stopped in Pula, a Croatian seaside town in Istria that has Roman ruins strewn throughout, and woven within, its streets. 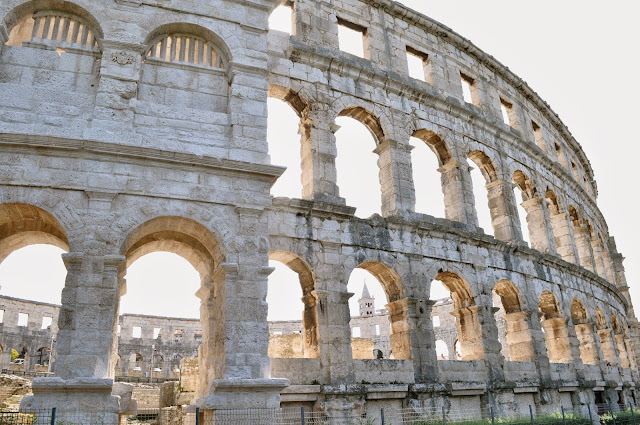 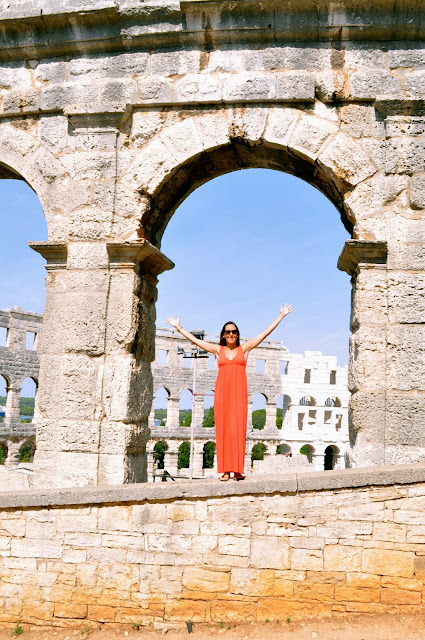 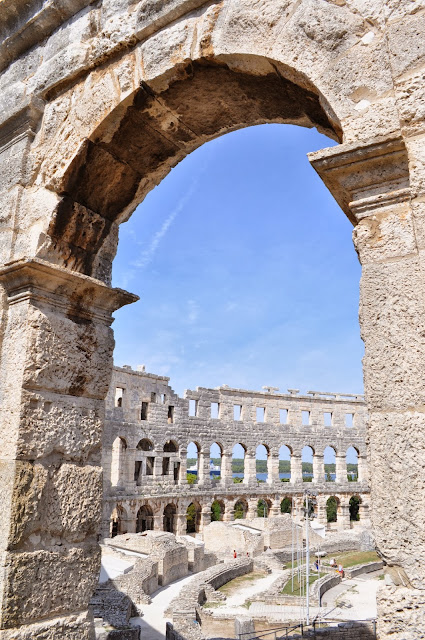 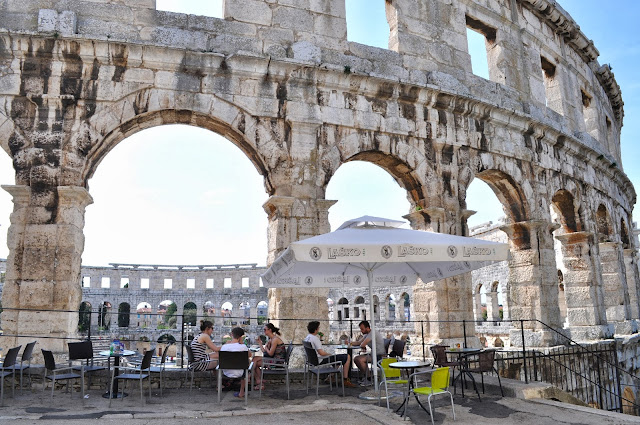 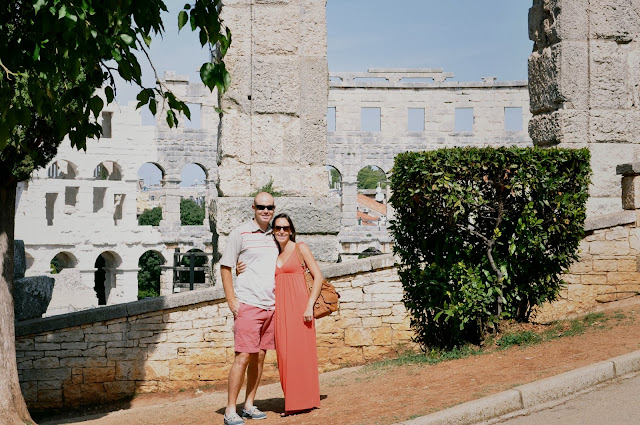 The amphitheater was definitely impressive - so much so, that it fooled some instagram followers into thinking that we were in Rome! 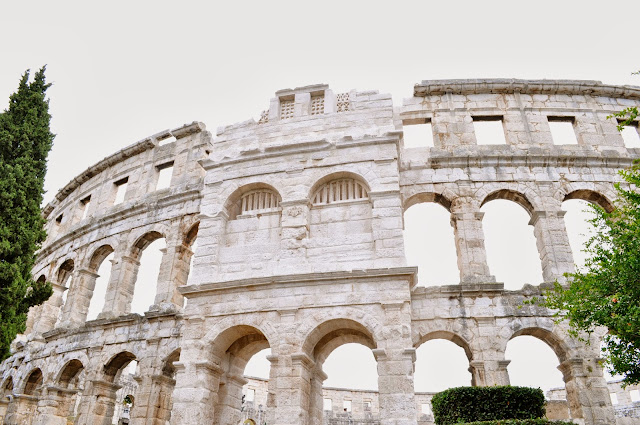 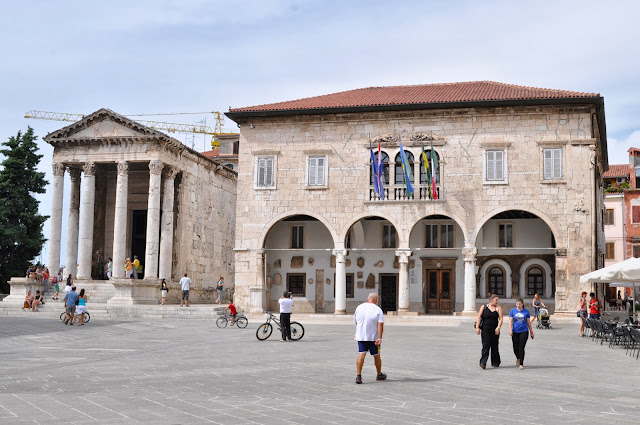 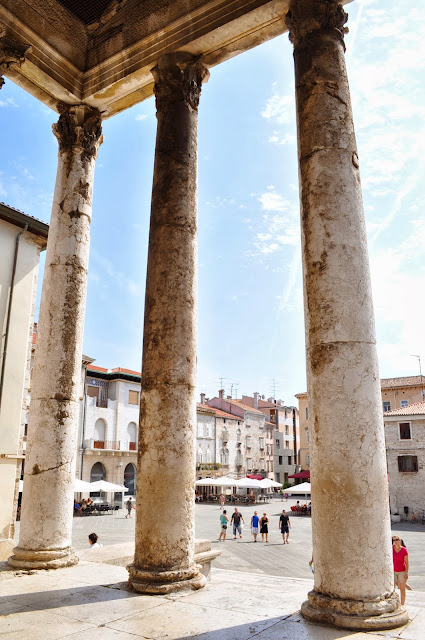 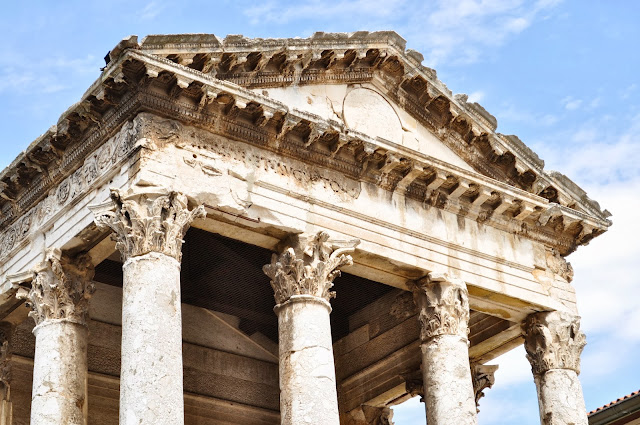 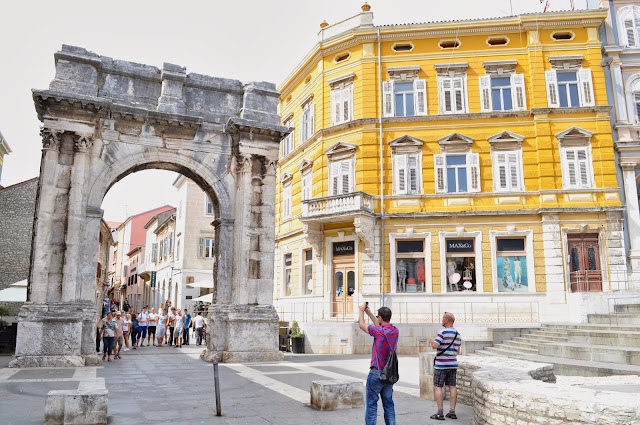 It's incredible to see remnants of an empire that stretched across a large part of this continent two millennia ago. And it made for the perfect lunch stop, which is always essential during a roadtrip.