We mentioned going to a Dining Out in our last post and then realized that probably means absolutely nada to just about everyone, or at least anyone that is not in the Navy. A Dining Out is a Navy dinner where the service members can bring their significant others (a Dining In is the same thing, but without dates). Everyone gets spiffed up, has cocktails and dinner, and is required to follow all sorts of "traditions" and "etiquette". Classy traditions, like drinking out of a toilet. So, the Thursday after returning from the States, Graham put on one of his (seldom worn) dress uniforms, Meghann cut the tags off a nuevo dress she had picked up while in Maryland, and we headed to a hotel in Rota.

Here we are, looking pretty and enjoying cocktail hour: 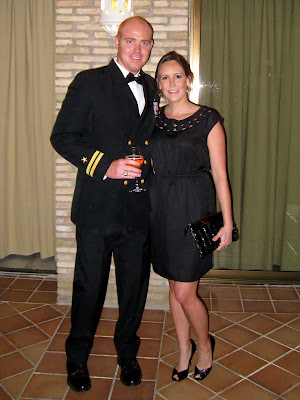 Here's a more official-looking picture (flags seem to have that effect or maybe it's the lack of a drink in either of our manos), taken by someone from the base. 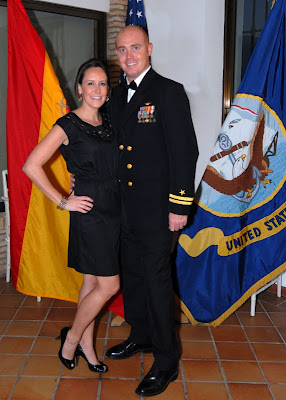 Once cocktails were over and before dinner could be served, it was necessary to "parade the beef". Yes, that means a waiter was bagpiped into the dining room and ceremoniously presented a piece of beef to the head table. 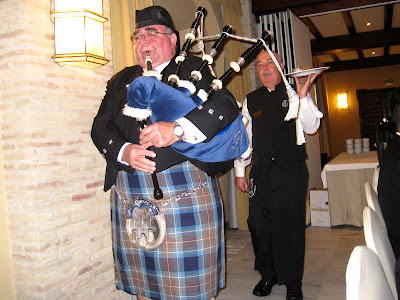 After dinner, and speeches, and more speeches, it was time to drink the "grog". Which in this instance looked (and tasted) a lot like Ecto Cooler (please tell us other children of the 80s remember this juice box drink). 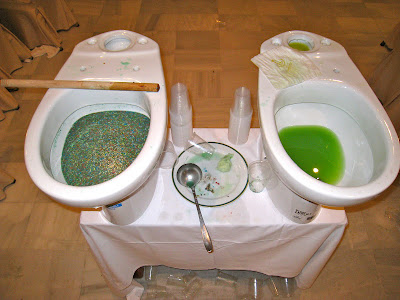 The grog-drinking is overseen by a "Mr. Vice" who serves as the master of ceremonies and decides whose turn it is to make a trip to the bowls. Graham lined up a few times for a turn at los toilets. 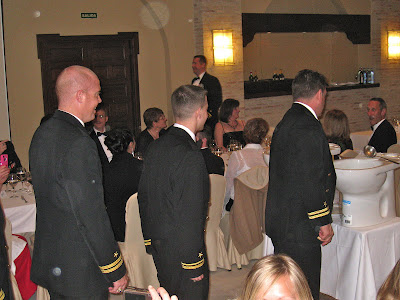 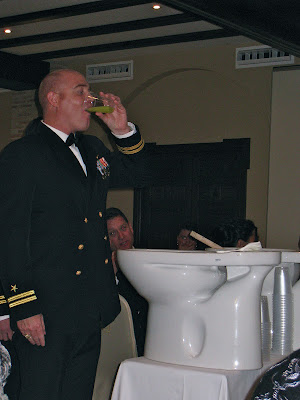 Although this particular Navy function was not as rowdy as some others we have been to, we still had mucho fun. As a general rule, we try to never miss out on an opportunity for socializing and cocktailing. And it's not every dia that Graham wears a dress uniform. Which made us think of another event that we never blogged about - the annual Navy Ball in October!

The Navy Ball is a formal event that celebrates the founding of the U.S. Navy and is held every year, pretty much anywhere that there is a permanent Navy base. Which means this past Fall, we attended the ball in our current hometown of El Puerto de Santa Maria. (Fun fact: the first Navy Ball we attended was in Corpus Christi, Texas in 2006. We have definitely upgraded our location!) 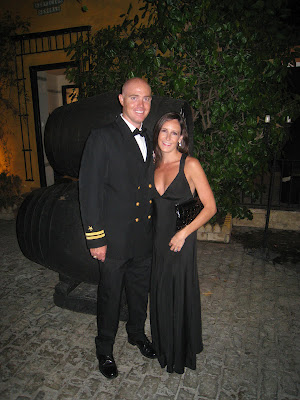 It was held at El Cortijo, which was a bodega (winery), and is now an event space attached to the muy delicioso Los Portales restaurant. 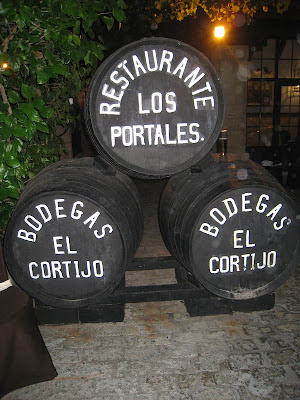 Cocktail hora was held in the courtyard and featured a sherry dipper. 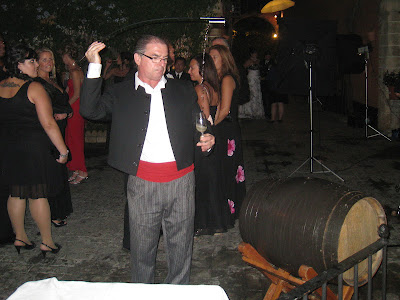 The traditional Spanish dinner, speeches (and more speeches - sensing a theme with Navy events?) and dancing took place in a grande hall, which was once the main part of the bodega, built in 1861. 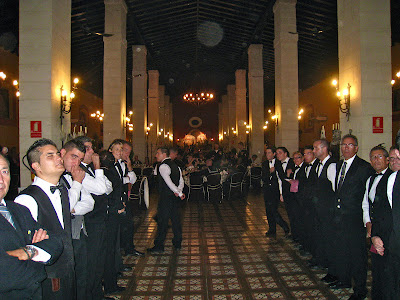 It was a great night, filled with amigos, dancing, good food and drinks, some Spanish culture, and plenty of Navy pride. To top it all off, Meghann managed to get a picture with the most interesting man in the world a Spanish admiral. Seriously, they all look like this. 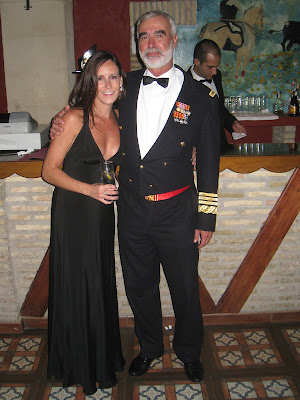 How do you feel about work-related social functions? Do they normally involve drinking out of a toilet? Or do you save that for your free tiempo?