Last week we noticed some tall masted ships making their way into the Bay of Cadiz, which we can see from our bedroom balcony. After asking around, we found out that Cadiz was hosting a tall ship regatta over the weekend and that some of the world's most famous sailing ships were in port for it. So yesterday we drove over to Cadiz to take a closer look at them before they paraded out of the bay. 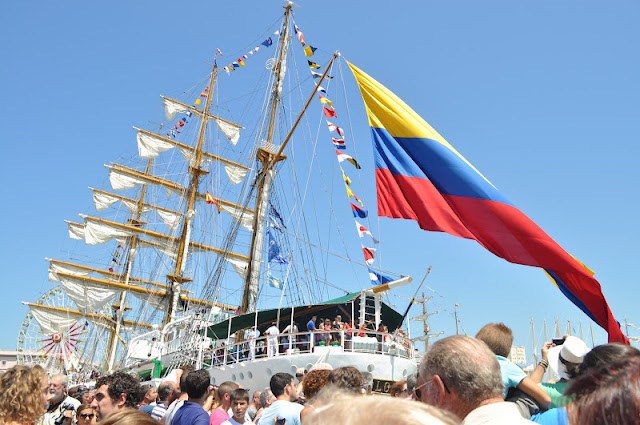 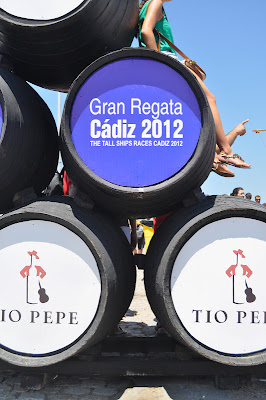 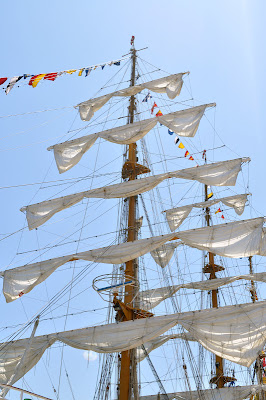 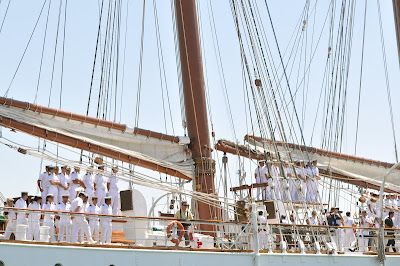 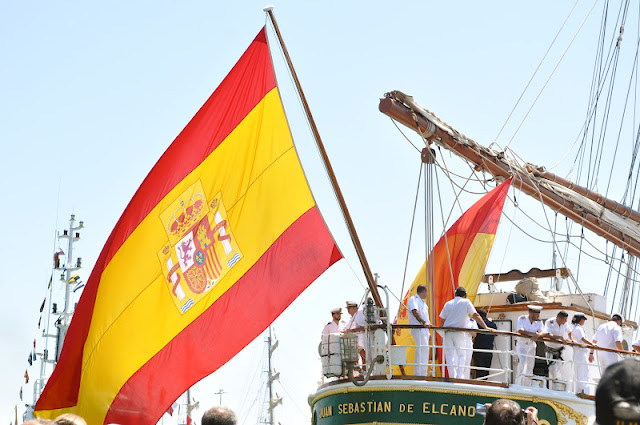 The Elcano - A Spanish Royal Navy ship, built in 1927. She's kind of a big deal. The crowd cheered and clapped as she left the dock. 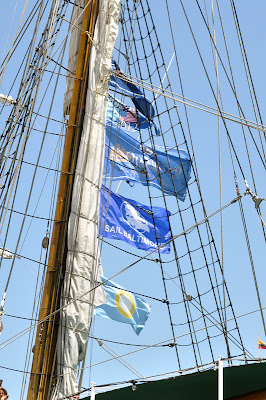 This boat was flying banners from Baltimore and Norfolk! 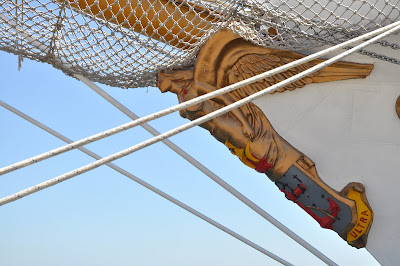 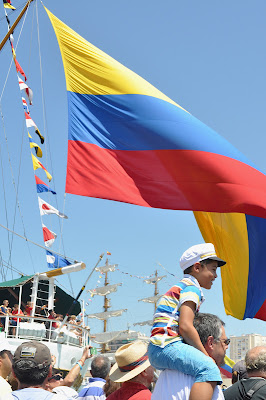 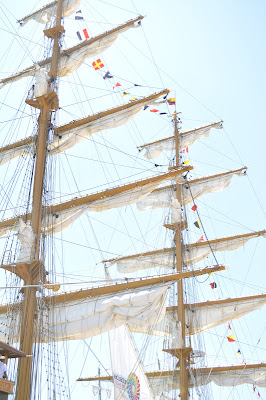 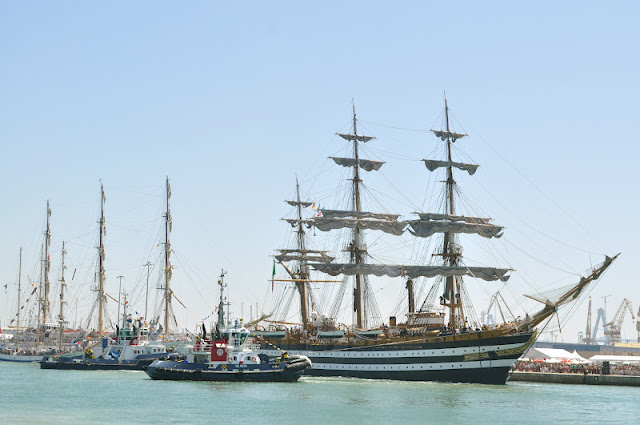 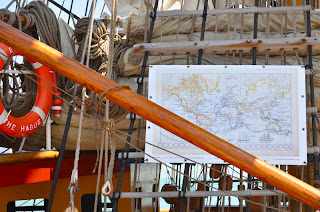 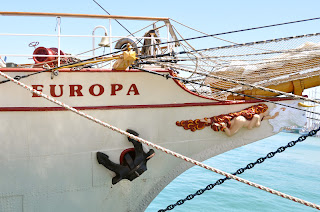 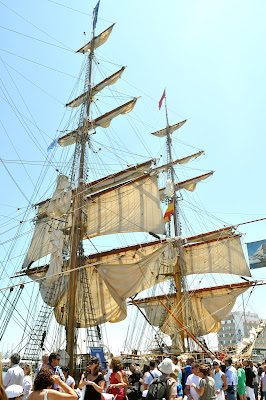 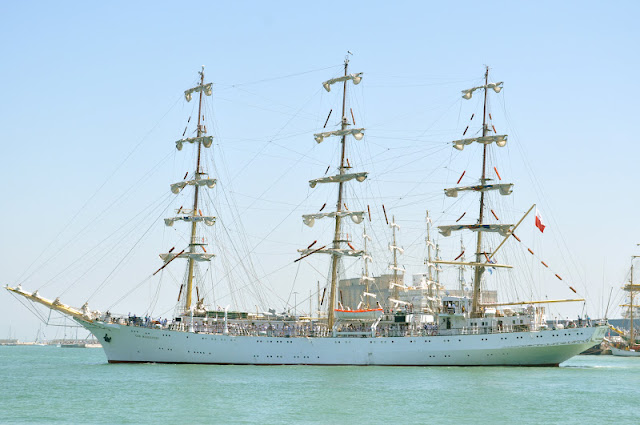 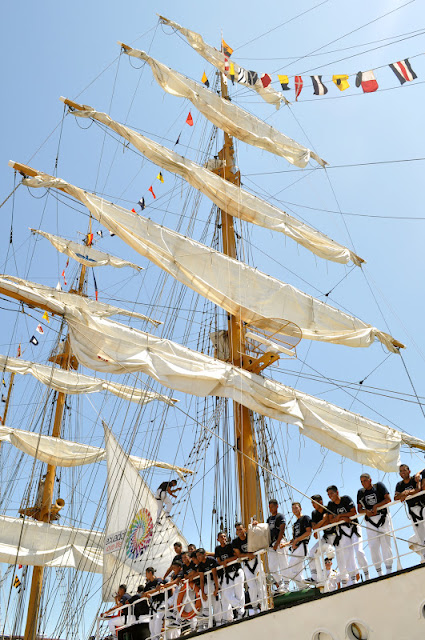 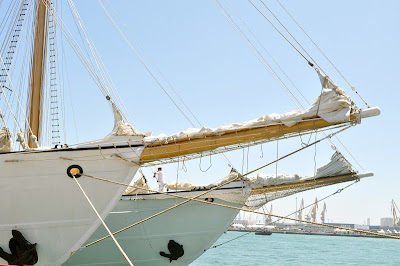 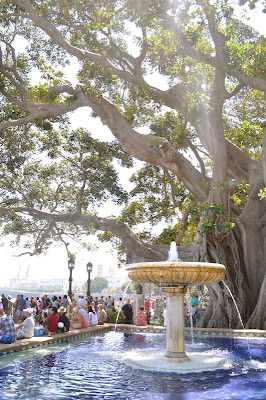 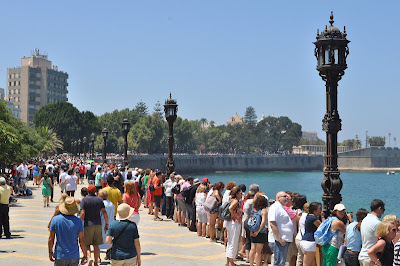 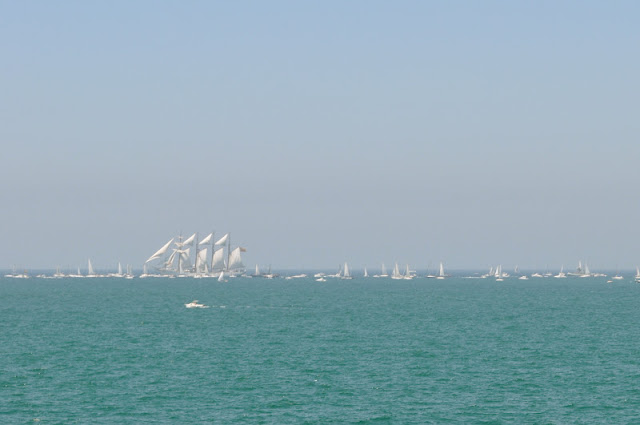 The city was crowded with spectators and it was a hot day, but we loved being a part of the excitement and the ships were incredibly beautiful and impressive. The only thing that would have improved it was if we had been out on the water, but we did make it back to Puerto for some beach time and a swim in the bay.
Posted by Meghann G at 11:53 PM