Not as much of a distant flashback as when we finally posted about our trip to Cordoba or Barcelona, which took forevverrr because we are procrastinatttoorrrss. But we adopted Cora in October and we still get lots of questions about her (of course, because she's so popular), so we thought we would give some details on our newest perrita. 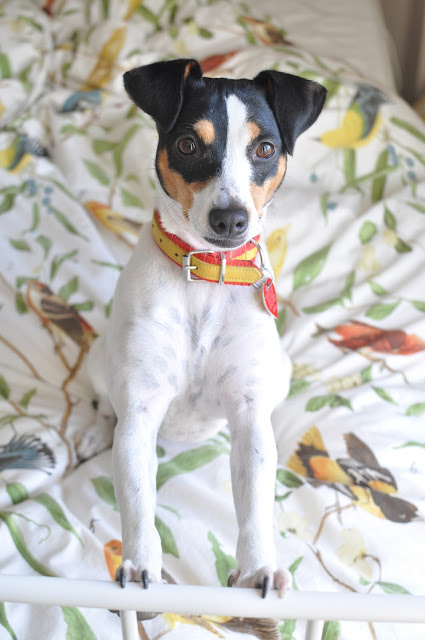 Where did Cora come from:

Cora first came to our casa as a foster dog, which we posted about in August. But we had met Cora when she was first brought to RAWL (Rota Animal Welfare League, the animal shelter on base where we volunteer). She was found by a member of the Spanish Navy who couldn't keep her because his housing didn't allow it. The way she looked when she was dropped off was heartbreaking - she was so skinny, had obviously been loose for a while, and one of her back legs had been badly broken, then healed incorrectly, so she couldn't even put it on the ground. Despite all of this, she was so sweet and just wanted to be held, which really left an impression on us. 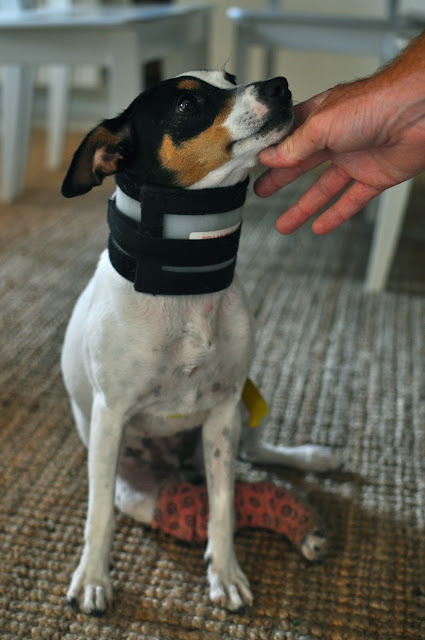 We kept up with her progress - luckily, she didn't have heartworm, her leg was reconstructed (a miracle, because we thought it would have to be amputated), and she was getting healthier by the day. When a foster home was needed so that she had a place to relax until her cast came off, we jumped at the chance. 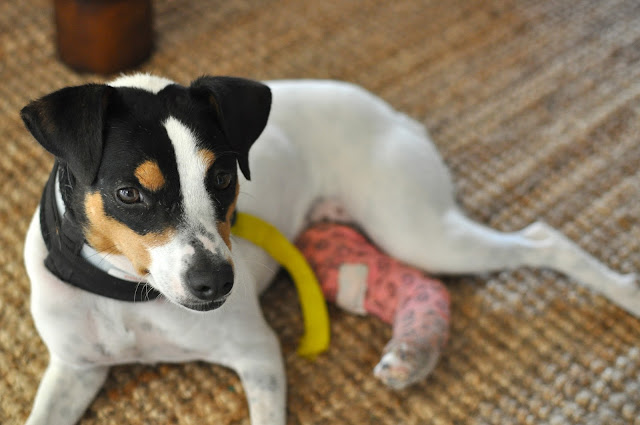 Now, Cora is perfectly healthy, full of energy, and you would never guess that her leg had been so badly damaged, except for a couple of scars and a slight bend in her foot. Sometimes I wish that we had a picture of what she looked like when she was first brought in, so we could see the side-by-side comparison. But honestly, I hate thinking of her that way. And now we have tons of photos (seriously, an embarrassing amount) of new-and-improved Cora. 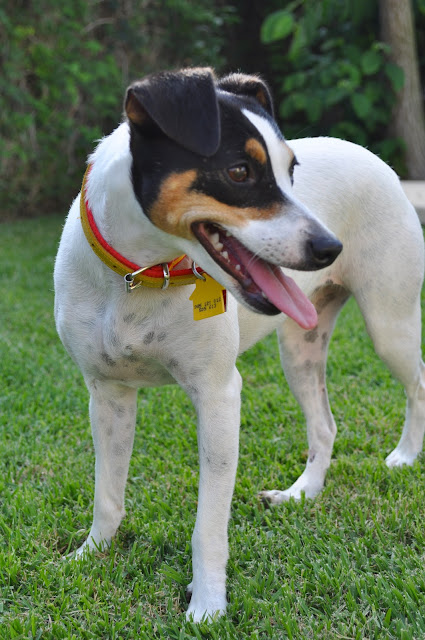 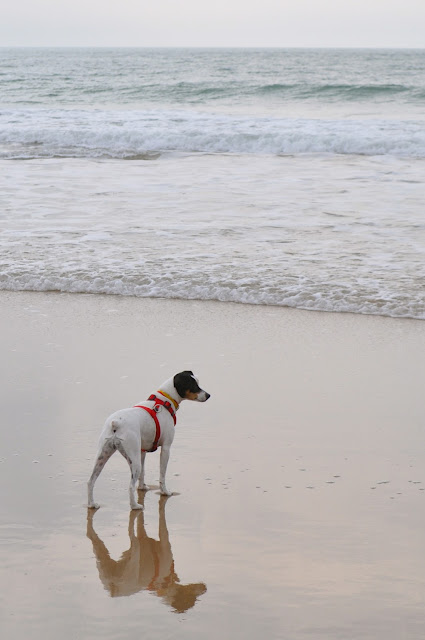 How old is she?

Since she is adopted, we can't be exactly sure of how old Cora is. Judging from her teeth and her demeanor, we agree with the vet's opinion that she was probably around a year old when we adopted her. So, we made her birthday October 3rd, the day we officially adopted her. 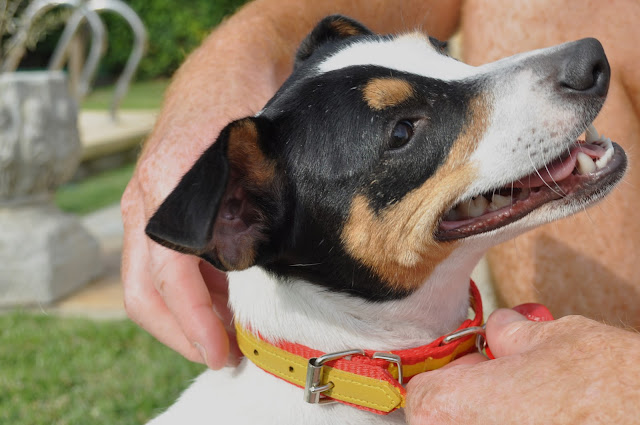 What kind of dog is she?

Cora looks a lot like Chloe, who is a Jack Russell Terrier, but she is actually a genuine Bodeguero Ratonero Andaluz - an Andalucian Bodega Terrier. Bodegueros were bred from English Fox Terriers (just like Jack Russells) and are sometimes considered the Jack Russell of Spain. They were bred to keep the rat population down in Spanish wineries, called bodegas. 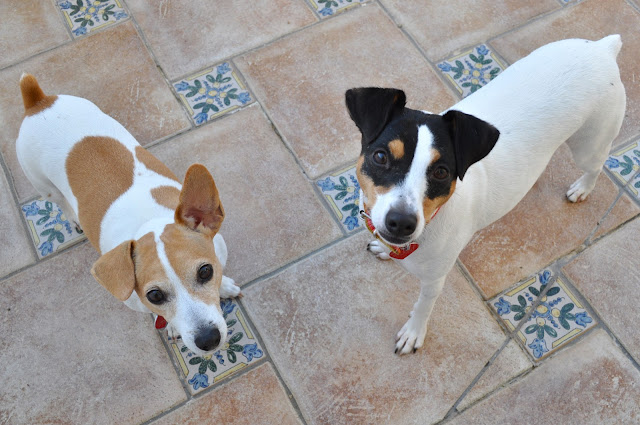 Bodegueros, like Jack Russells, are known for their high level of energy, but also for being very affectionate and loyal. Terriers aren't for everyone (seriously, we get it, they are insane intense), but we love them. 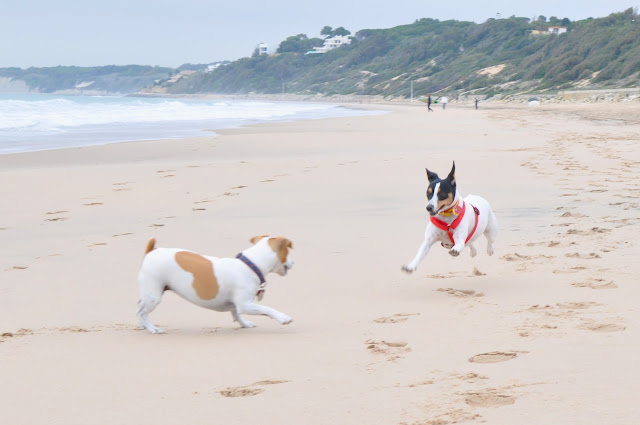 How did you pick her name?

Her foster name was S'more (we're guessing because of her black, tan, and white looks like chocolate, graham cracker and marshmallow) but we knew we wanted to change it after we adopted her.

This is where we sound a little like crazy dog people. We had a list of specific name requirements - had to be a person's name, start with the letter C, and sound somewhat Spanish. Our first thought was Carmen, but it didn't quite fit, too sophisticated. Then we came up with Cora, which isn't really a popular Spanish name, but sounds like a short version of the Spanish word for heart - corazon. 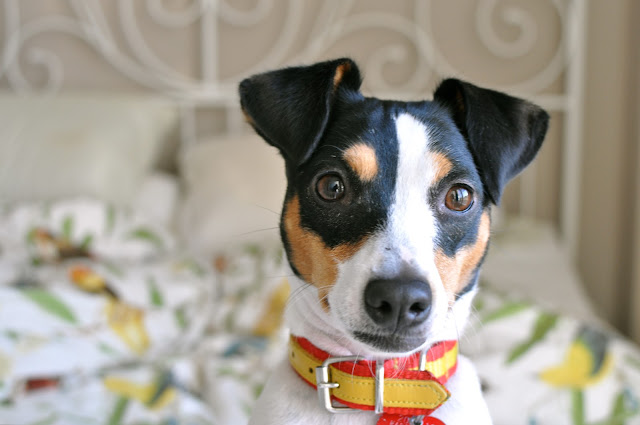 Now, she gets called Cor, Corazon, Cora-heart, Long Leg, Cora the Exploradora, and anything else that comes out of our crazy dog person mouths (mostly mine).

Do Cora and Chloe get along?

Part of the reason that we knew Cora was going to be a member of the fam was how she and Chloe got along. She made us fall in love with her pretty much from the start (and she was really working that cast for sympathy) but if she and Chloe hadn't hit it off, it would have just been a temporary situation. Maybe because they are similar types of dogs, they just seem to connect on a crazy terrier level. We've never seen Chloe play with another dog as much, they love to run around together and will even snuggle up when they are tired. 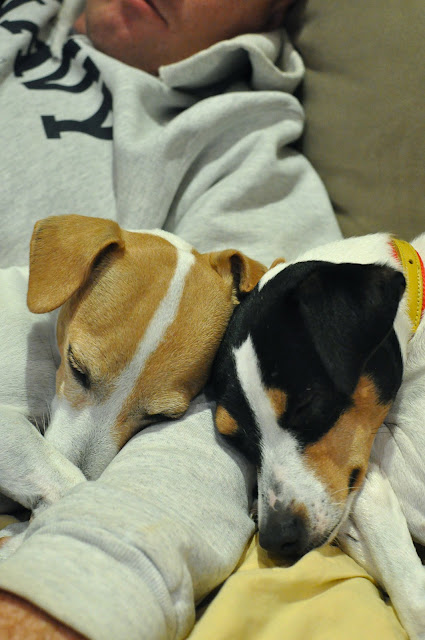 That's not to say Chloe loves being a big sister all the time. Before we got Cora, we used to call Chloe our awkward, home-schooled, only child. She's been the dog of the house for almost 8 years. She can get grumpy if Cora wants to play and she doesn't. And they have definitely gotten into a couple of fights where we needed to separate them. But overall, they get along well and we both like having two dogs (which neither of us have ever done). 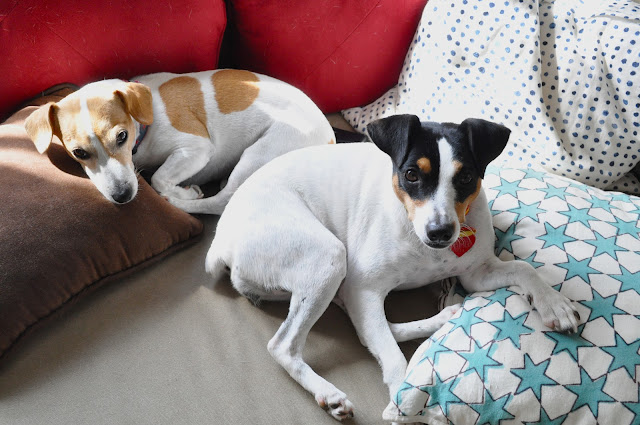 So, that's the short (or not-so short, if you aren't into reading about dogs) version of how Cora became part of our familia. Consider it our attempt at a feel-good holiday tale. And here's a family-of-4 pic to wrap it all up: 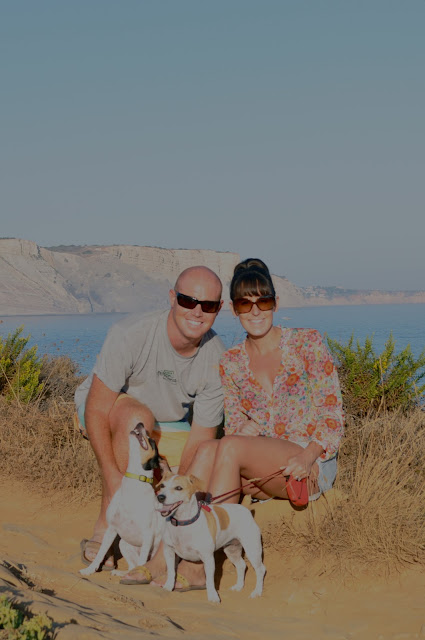 Have a feliz weekend!