Hope you all had a great weekend! Here are some iPhone snaps from ours: 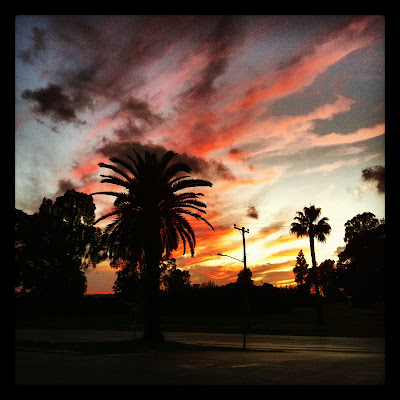 Thursday night's beautiful sunset. Yes, Thursday counts as the start to the weekend, because Friday was Spanish National Day, also known as Columbus Day. Yeah, same one. No matter how you feel about the guy, he's still a big deal here. After all, the town that we live in, El Puerto de Santa Maria, is the place where one of his three ships sailed from. Guess which one! 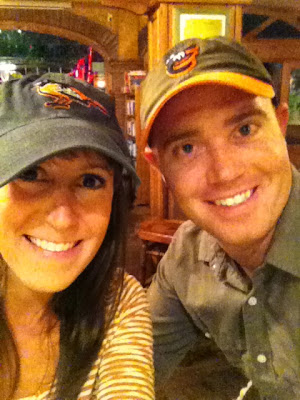 We watched the Orioles game at Molly's (since our American satellite hasn't been set up at the new casa) where the staff was nice enough to turn on ESPN America, after the soccer futbol game was over, of course. The O's lost but it was still great to be able to watch the game - they haven't had such a good season since Meghann was a freshman in high school and way before Graham met a Maryland girl and became a Baltimore fan. 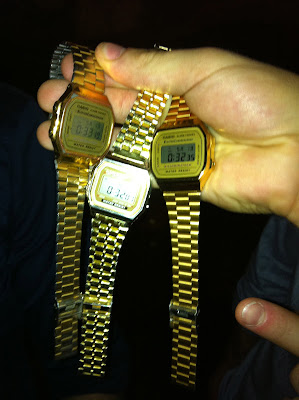 Even though the loss stung, getting asked by multiple British sailors (there was a Royal Navy ship in town) if those were REAL baseball hats did make it a little better. And then they showed off their Casio watches and explained that they are cool because they aren't.  Apparently Casio watches are the across-the-pond version of an ironic t-shirt or drinking PBR. Ahh, cultural exchange. 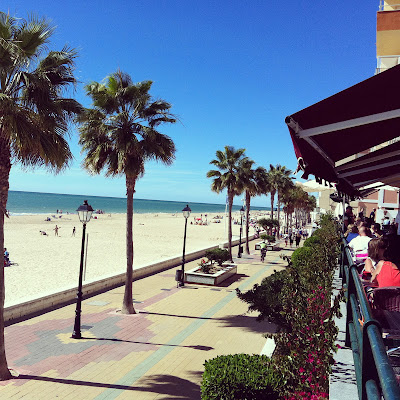 Saturday was gorgeous and sunny. We ran some errands, had lunch in Rota, and stopped to take a peek at the beach and boardwalk. 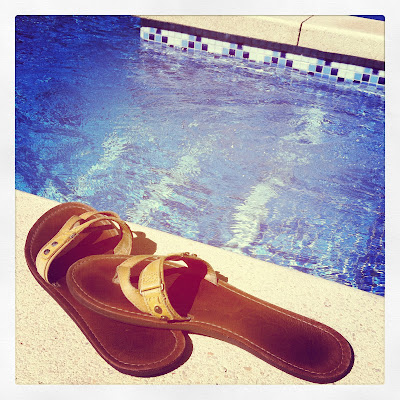 Then we went home and enjoyed some time by the pool. 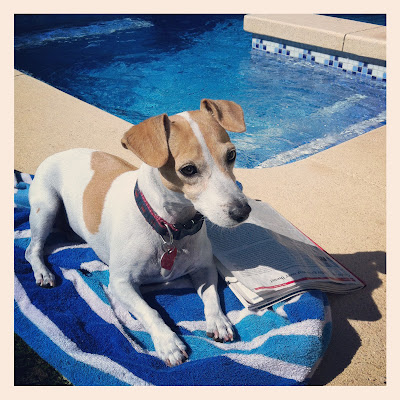 Chloe caught up on current events while working on her tan. 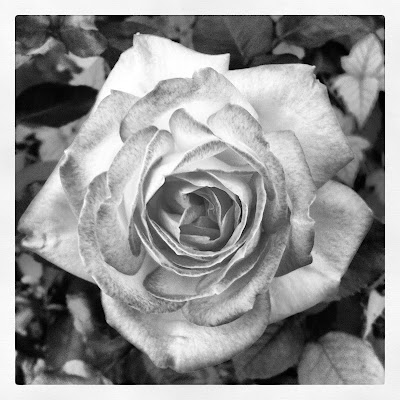 Thanks to the mild weather (and no thanks to our brown thumbs), the garden is still looking great with lots of flowers blooming. 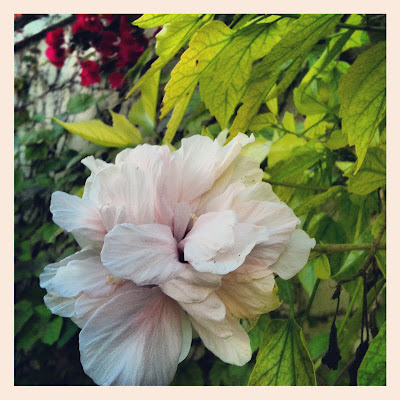 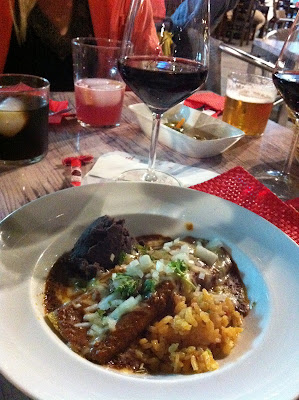 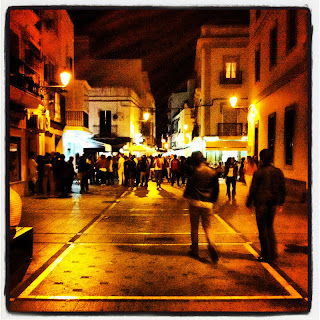 The warm weather combined with the holiday weekend meant lots of people went downtown on Saturday night, including us. We met up with a friend and met a couple new friends for a tapas hop. One of our fave places was featuring some Mexican small plate specials. Enchiladas + tamales + rioja + amigos = perfecto! (If you live in Rota or Puerto - go to Antojitos!) 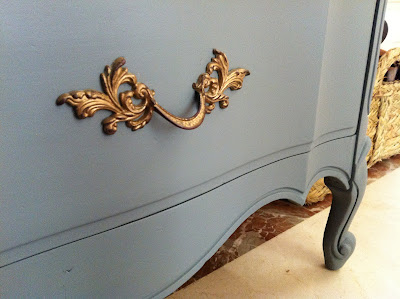 Yesterday we got productive around the house. We finished repainting the vintage dresser that we use as an entry table. 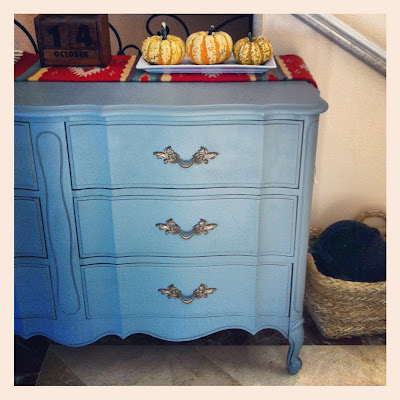 It was originally white, then green, and now it is gray London Grey. 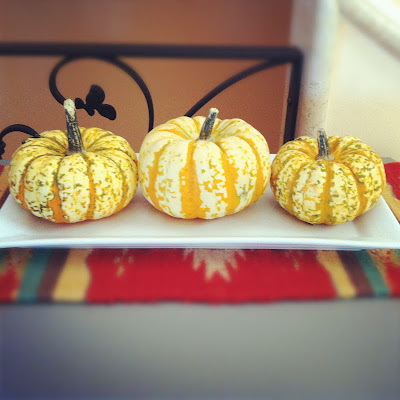 Meghann got festive and arranged some little pumpkins that we found at the commissary. Sorry, Martha, that's all we've got. Can't even find any decorative gourds - fall fail. 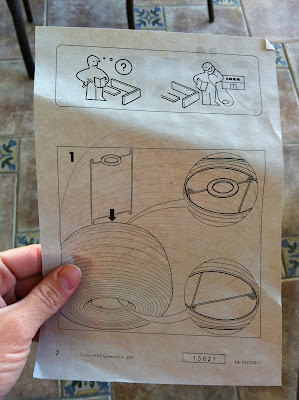 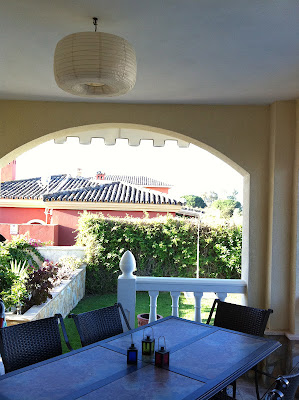 Graham installed a paper lantern lampshade over the bare bulb that was hanging above our patio table (sorry, no "before" photo, but we figured if you've got the internet, you know what a light bulb looks like). Luckily, no electrical knowledge was needed and Ikea was kind enough to include these very thorough step-by-no-other-steps directions. 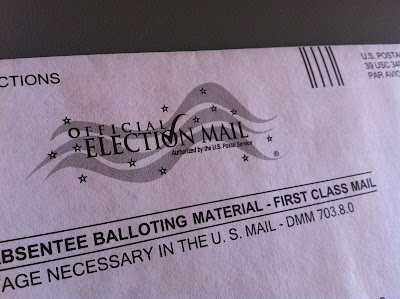 And probably the most important thing we have done lately - we both voted! Graham is the base Voting Assistance Officer so he would like to say, in his best public service announcement voice "Please exercise your freedom by voting." 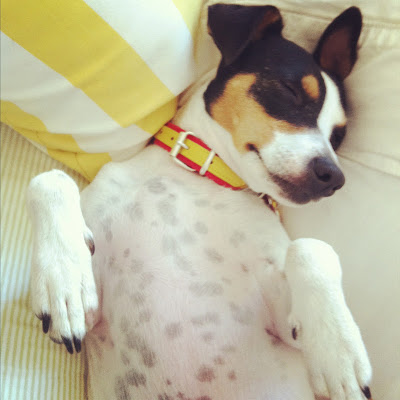 It was a busy, still summery but almost fall, productive and fun weekend. Of course, there was still time for a siesta.
Posted by Meghann G at 5:52 PM