We had planned to go to Lisbon, then thought about Sevilla, and ended up ringing in the new year in Jerez de la Frontera, a larger town about 15 minutes from Puerto. Last year we didn't know what to expect on New Year's Eve, but this year we were prepared. An amiga of an amigo made dinner reservations for our little group at a restaurant next to the bull ring. Very Spanish and decorated floor to ceiling with bullfighting posters, paintings, and memorabilia. 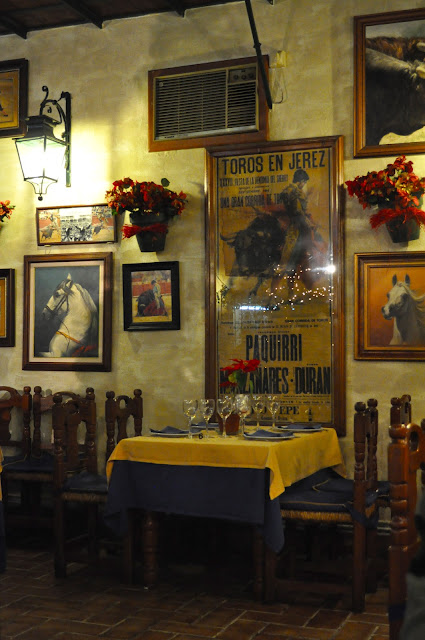 Dinner was long and filled with lots of traditional food and, of course, plenty of wine. Just a few minutes before midnight we paid our bill and were shuffled out of the main dining room. Somehow we ended up in a private dining room. As the clock struck midnight we ate our 12 grapes (one at each chime of the clock, for prosperity in the new year) then washed them down with some cava. We may have met a matador...only in España. 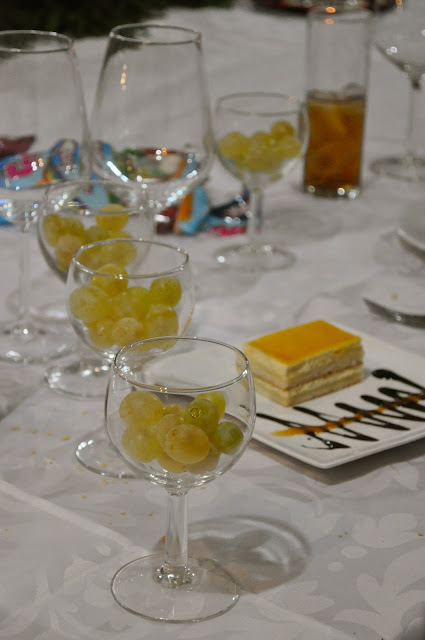 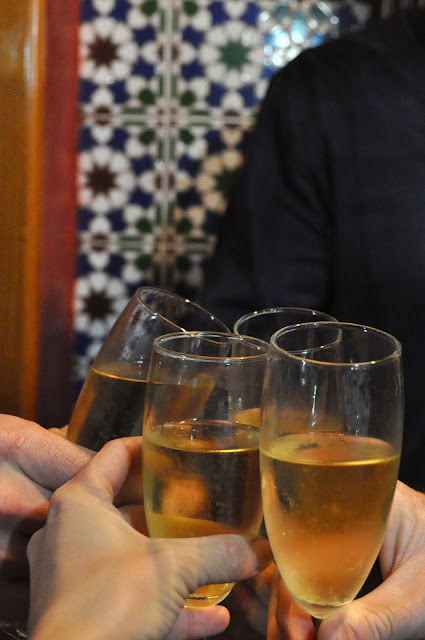 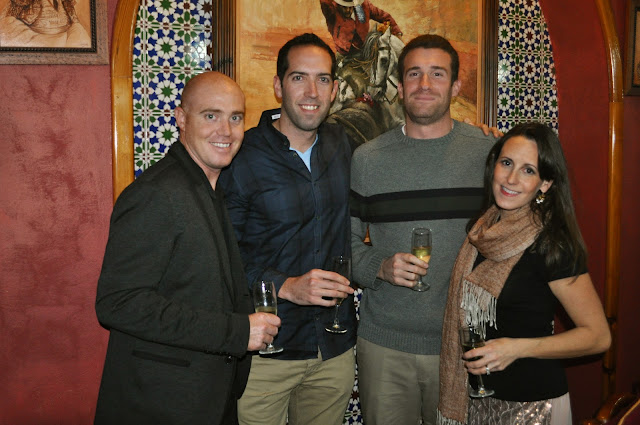 Of course, since it was only midnight, and most Spanish people were just finishing up with their big family dinners, there was still plenty of celebrating ahead. We hit the town (and didn't hit our bed until 5) but I don't have many pictures of that part of the evening. Probably better that way... 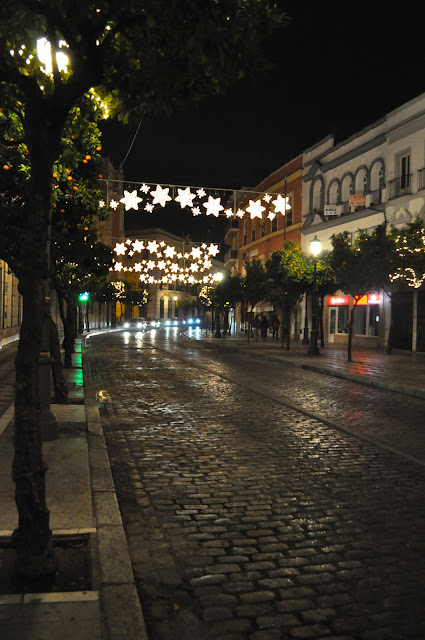 It's still Christmas season in España (Three Kings Day isn't until January 6th) and the streets were decked out in lights. It was a great night to be out, celebrating the new year, our last full year in España,  in such a Spanish way.

Of course, the next day, we kept it American, and had the New Year's Day southern staples of black-eyed peas and collard greens. 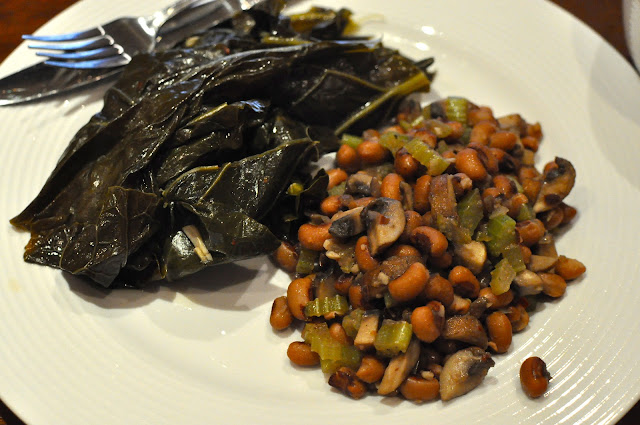 What are your New Year traditions? We figure between the grapes, cava, peas, and collards, 2013 should be especially wonderful.