Although we missed out on seeing a live nativity, we did get to go to another uniquely Spanish Christmas event - a zambomba. Zambombas take place throughout the month of December, until Christmas Eve. The word comes from the name of a handmade instrument (a sort of drum with a stick through the top, that produces a unique noise) that was traditionally played during these events. Some zambombas still feature the instrument, but now the word can mean any gathering for playing music, dancing, singing, telling stories and jokes, or any combination of all of these things. They can be public or private, big or small, at a bar, restaurant, someone's home, or just in the street. It is like the flamenco version of Christmas caroling - and oh so Spanish. 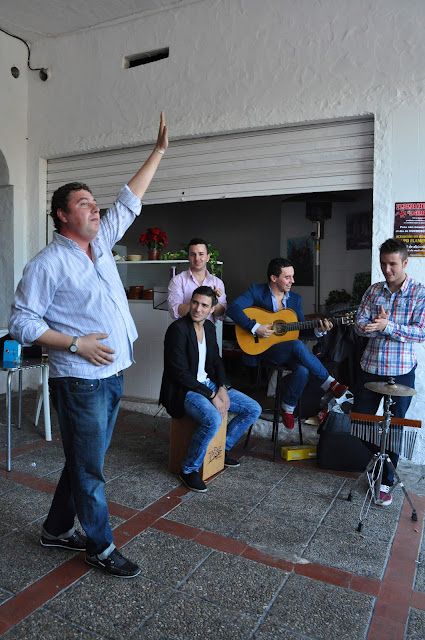 We heard about this zambomba from a friend of a friend (that seems to be how things work in España). It was the weekend before Christmas at a little bar called La Garrocha, which is very close to our casa. This was a small zambomba, attracting a group of people from the neighborhood. 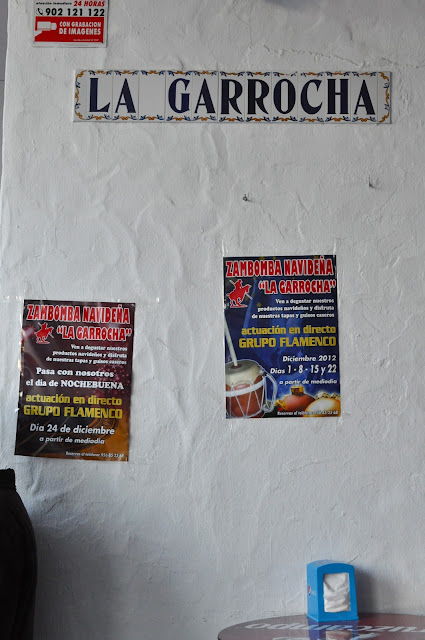 You can see a picture of a zambomba on this flyer, even though there wasn't one being played. There was plenty of singing, guitar playing, and the box, which is essential in flamenco. 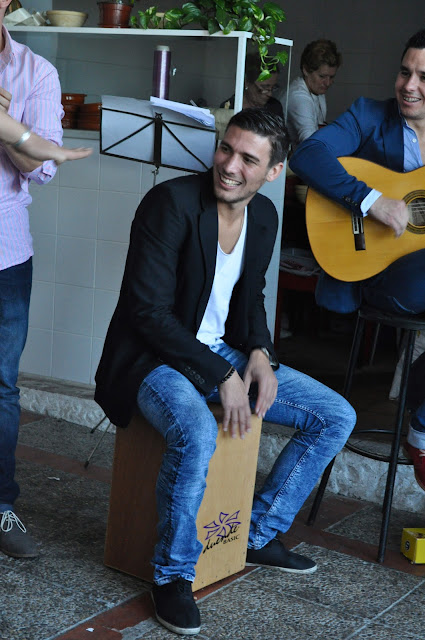 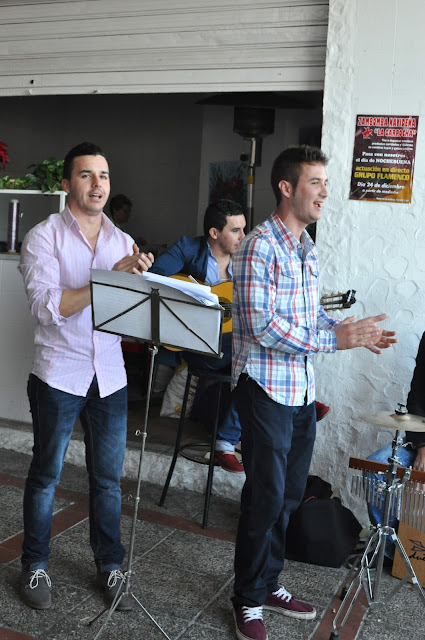 And of course, hand-clapping. Every Spanish person can clap, from the smallest child to the oldest abuela. Not your average, put two hands together and make a noise clapping, but perfectly timed, rhythmic, syncopated clapping. It must be in their blood, it seems to come so naturally to them. The Spanish make it look effortless while the rest of us stare at the hands of the person next to us trying to make it happen. Or maybe that's just me. 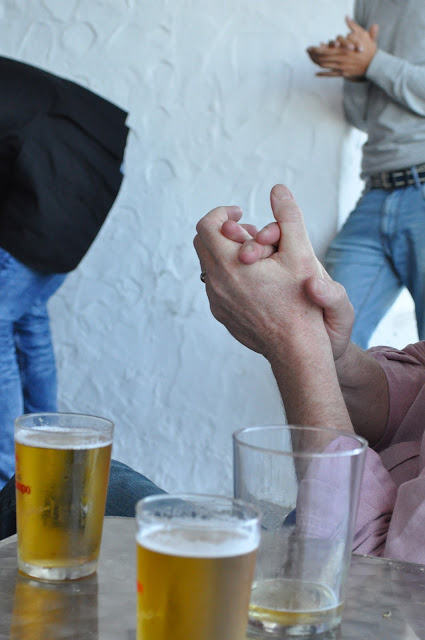 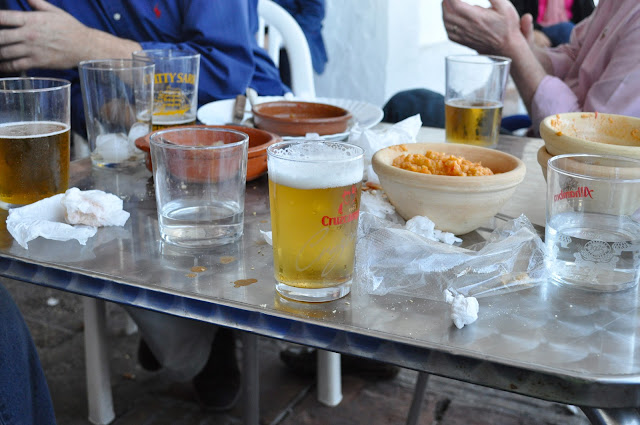 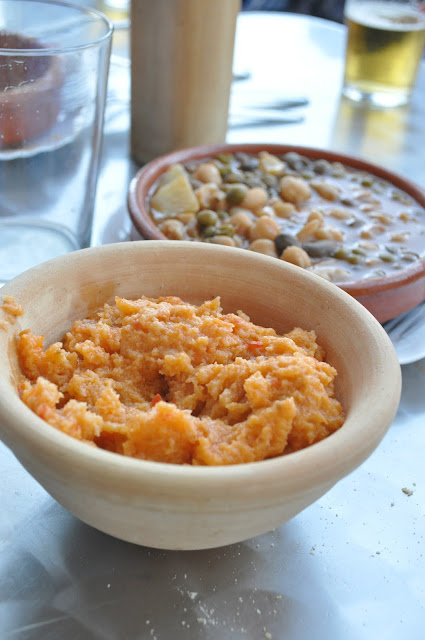 While we sat in the winter sunshine and enjoyed the show, there were rounds of cerveza, glasses of sherry, and dishes of food - a traditional bean stew and ajo caliente. Ajo caliente literally means "hot garlic" and is bread mashed with tomato and garlic, served warm. Simple and delicioso! 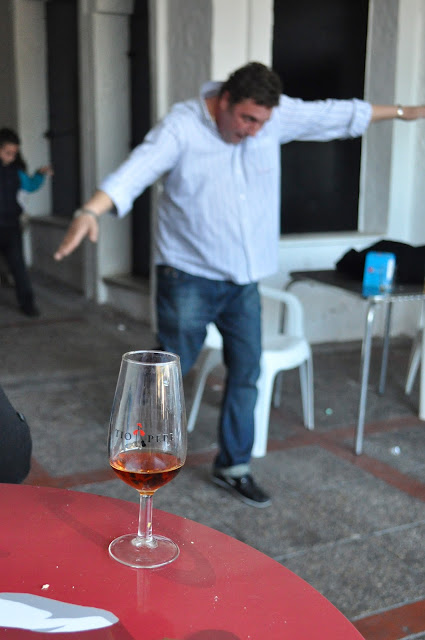 At different times, we were invited to join in the singing. And there was a lively joke at the end, which we couldn't understand much of, but it had everyone around us laughing. Something about an English, French, and a Spanish bird... 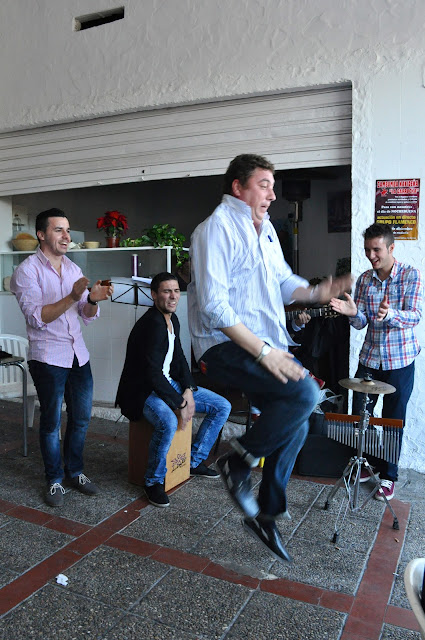 Sometimes there are those moments when it hits us square in the face that we are in España. This was definitely one of them. 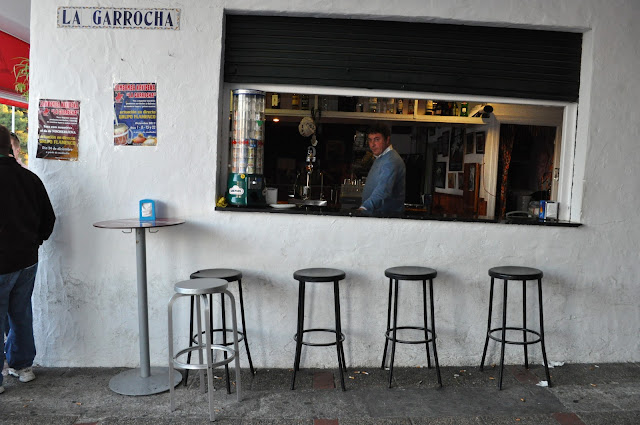