The Spanish holiday season has officially ended since Sunday was Dia de los Reyes Magos - Three Kings Day. Three Kings happens 12 days after Christmas (partridge in a pear tree...) and is the holiday when Spanish children receive gifts. But rather than a jolly fat man in a red suit, children wait for the Three Kings on their camels (which actually makes more sense, right?) to bring toys.

On Three Kings Eve each town has a parade, where men dressed as (terrible stereotypes of) Middle Eastern kings of yore throw ridiculous amounts of candy to the crowds. 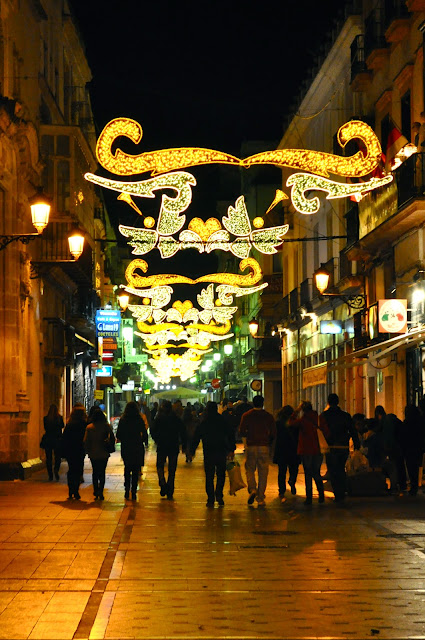 We missed the parade in Puerto on Saturday night, but we went out later for tapas and got to enjoy the excitement and bustle in the downtown streets, which were still decked out in festive lights. 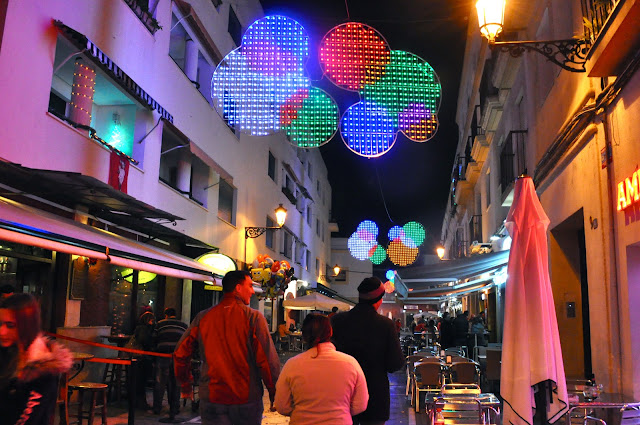 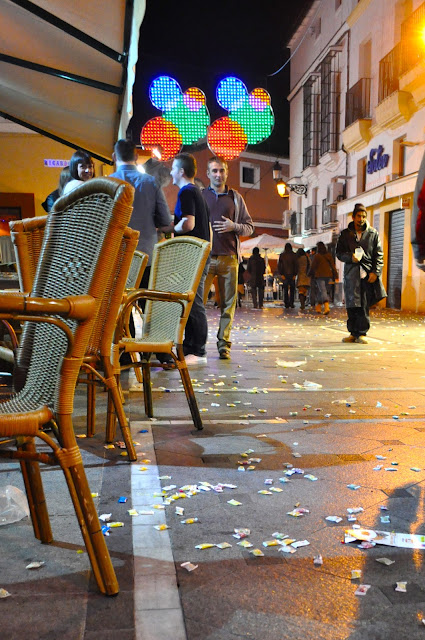 The streets were covered in candy - our shoes were sticking to the floor. 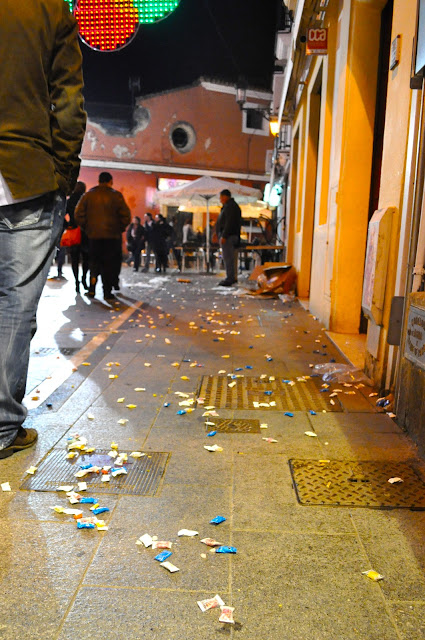 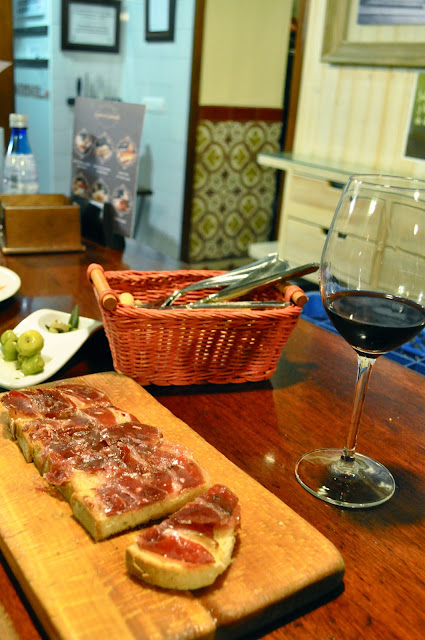 The tapas (and vino) were delicious, as usual! 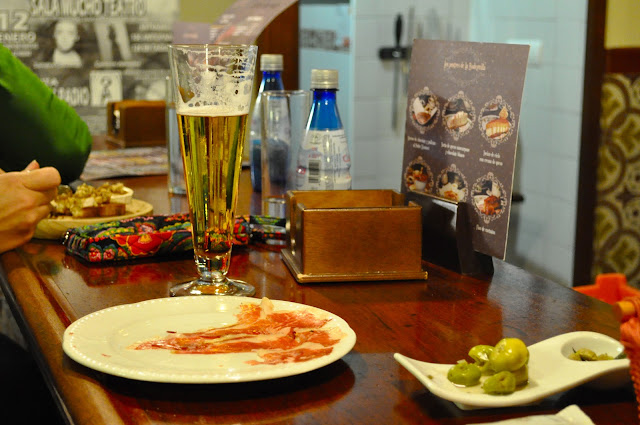 After a couple tapas hops, we decided it was time for cocktails, and hit one of our faves (we can never remember its name, so we call it "The Barrel Bar", because there are a bunch of barrels in front and we're really clever). And guess who we ran into... 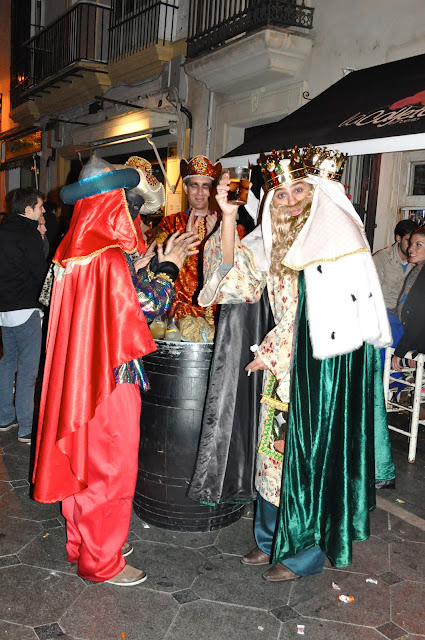 The Three Half a Dozen Kings! Obviously gearing up for their camel rides to all the good children's casas. That's how the song goes, si? "We three kings of Orient are, bearing booze we traverse afar." 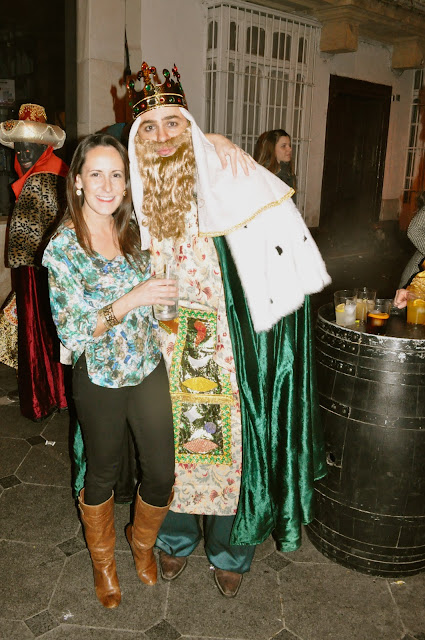 It was a memorable and slightly ridiculous way to end our second holiday season in España.

On Sunday, Three Kings Day, we relaxed and spent some time at the beach with the dogs. Now, we've taken down the tree and put away the decorations. It's 2013!

Okay, it has been for a week, but things in Andalucia happen at a slower pace (perfect for us procrastinators). So, even though everyone else has already made resolutions for the new year, there's still plenty of time for that in España!