I got back last night from a long weekend away in the countryside outside of Granada. It was fantastic, refreshing, and lovely, which means I have hundreds of pictures to go through before I can share with you all. But for now I have have some photos from Carnaval in Cadiz last weekend. 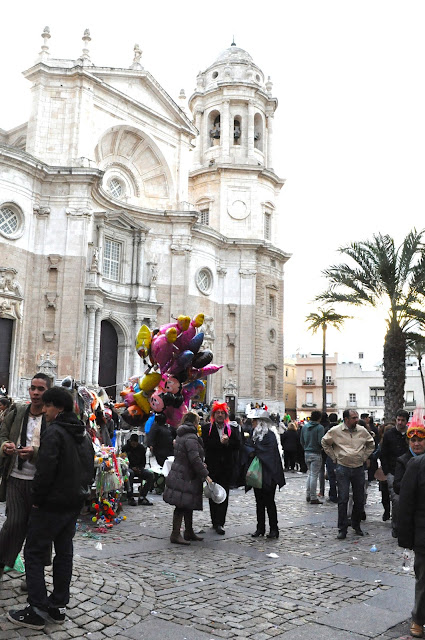 Carnaval is a time of celebration before the beginning of Lent, which focuses on reflection and sacrifice and some people choose to give up indulgences (still going strong without one of my favorites!). Carnaval in Cadiz is one of the biggest and most popular in Europe. For 10 days straight the city is filled with revelers from all over the country and continent. 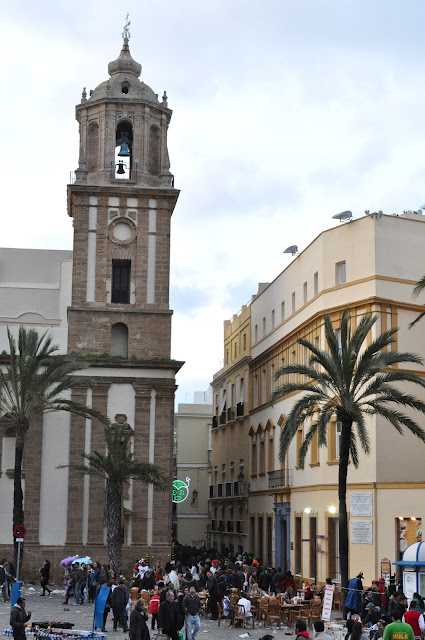 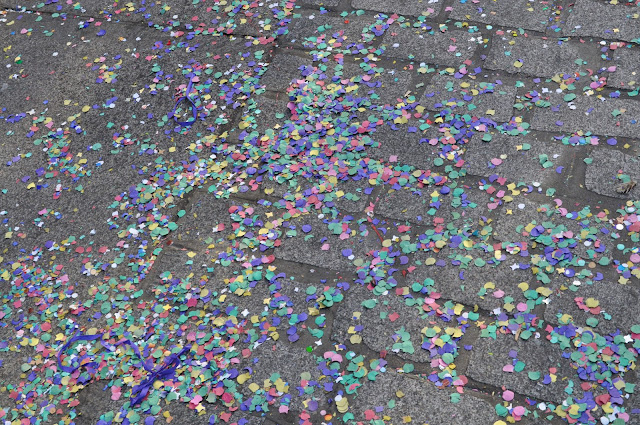 Carnaval is Mardi Gras meets Halloween combined with a giant botellón. (Botellón is the word for a street party, popular with young Spanish, as an alternative to going to bars or as a way to pass time before the clubs open at 2 or 3 in the morning. Especially during the summer months, groups spontaneously gather in parking lots, near the beach, wherever really, with large bottles of liquor and beer. I'm still not sure whether there are no open container laws or they're just not enforced, underage drinking laws obviously aren't...) 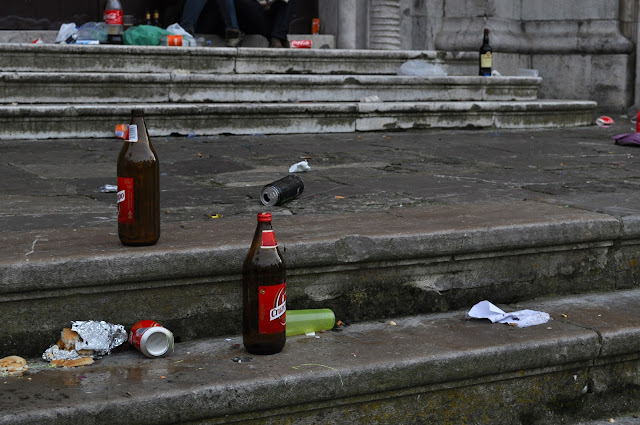 Along with all the al fresco drinking, there are parades, singing, musical instruments, and tons of people, both kids and adults, dressed up. The combination makes for incredible people watching.
We took the ferry over on Sunday afternoon, met up with some amigos, took part in our own little botellón, wandered the crowded and trash-filled streets, popped into a few bars, grabbed some tapas, sang some karaoke, and almost missed our ferry back. Good times! 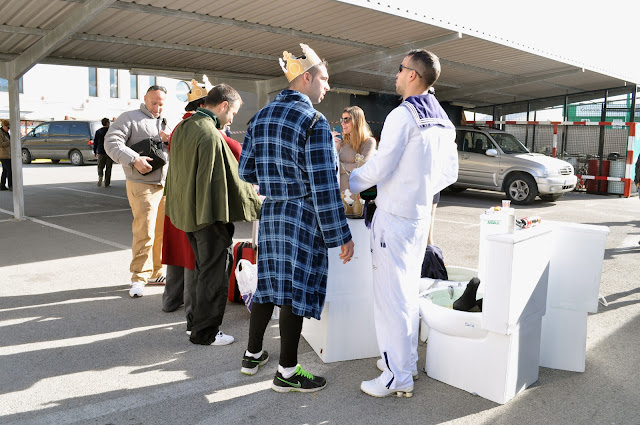 These guys with the fake toilets were in line with us for the ferry. First clue that it was going to be an interesting day.... 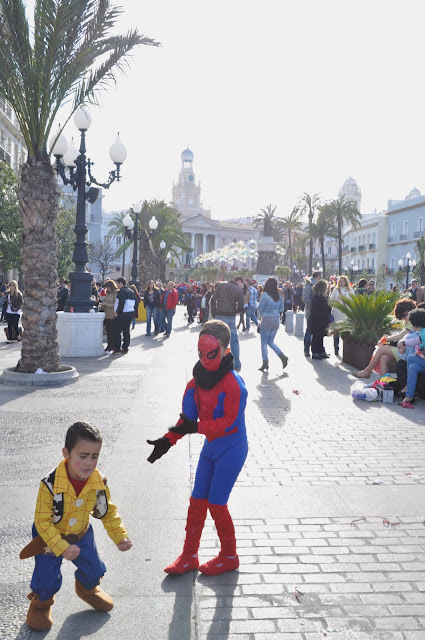 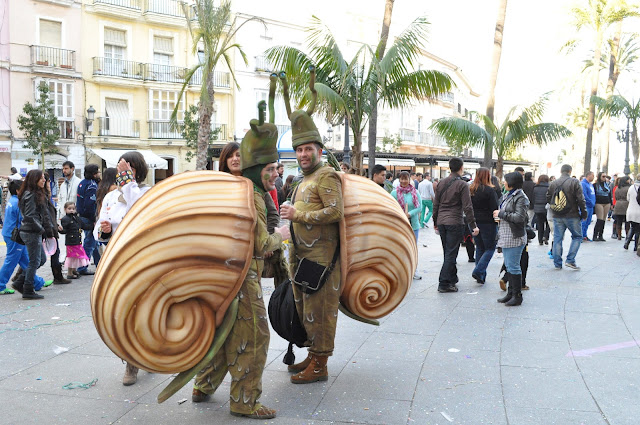 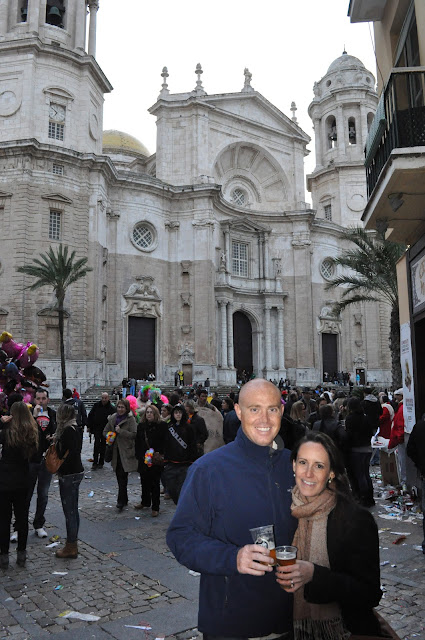 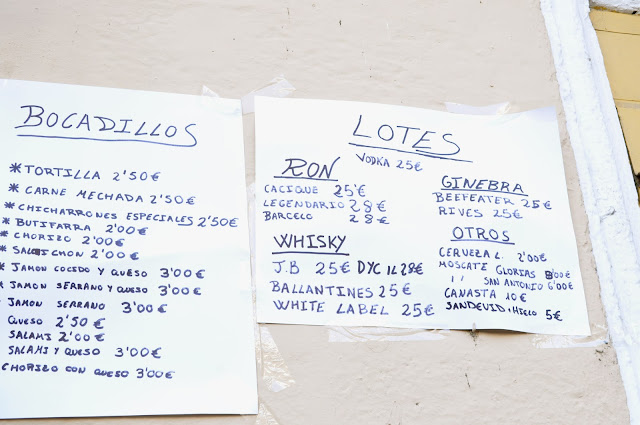 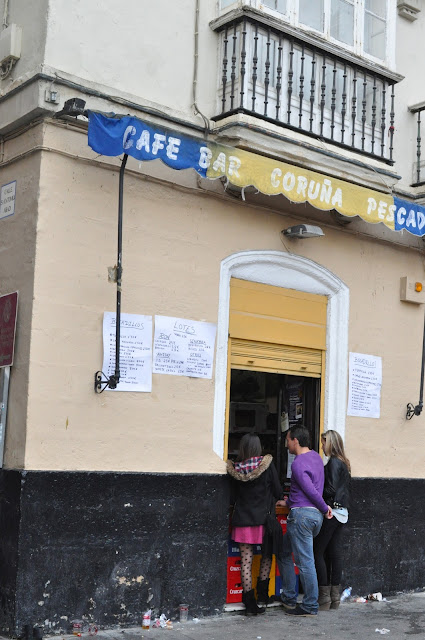 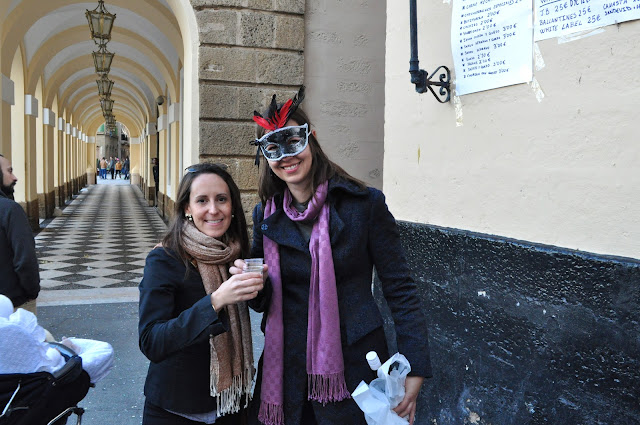 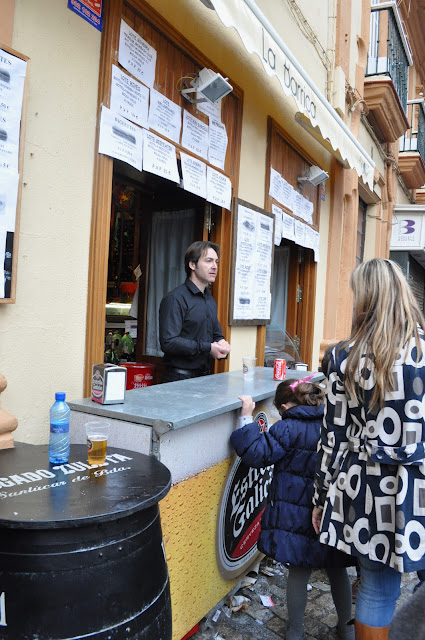 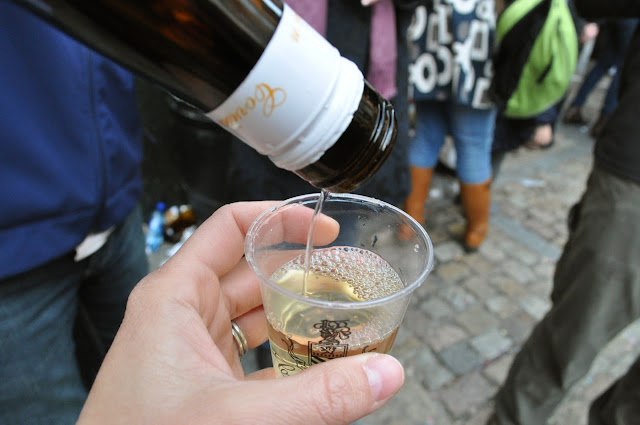 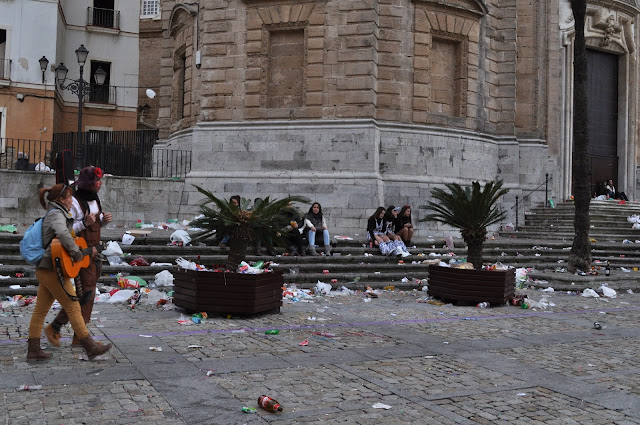 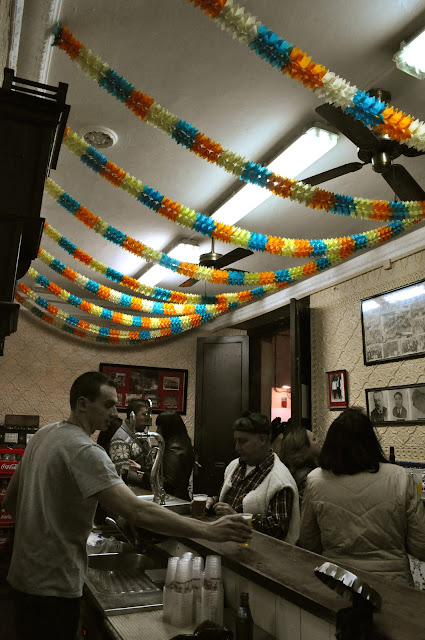 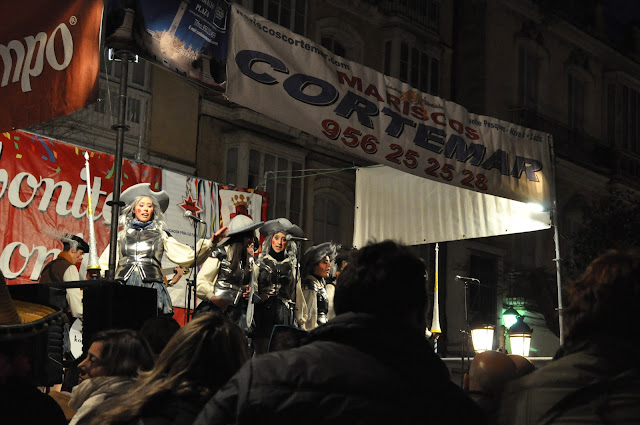 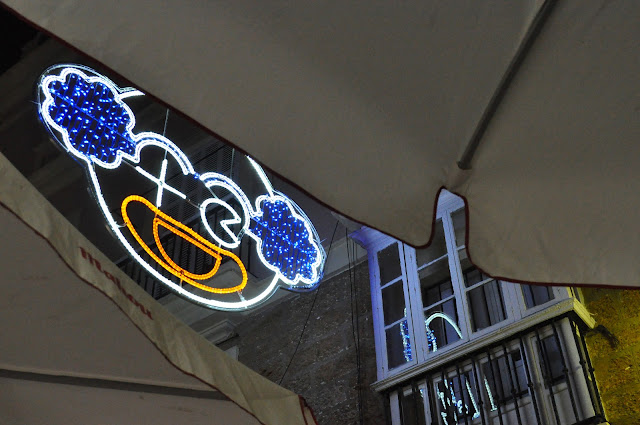 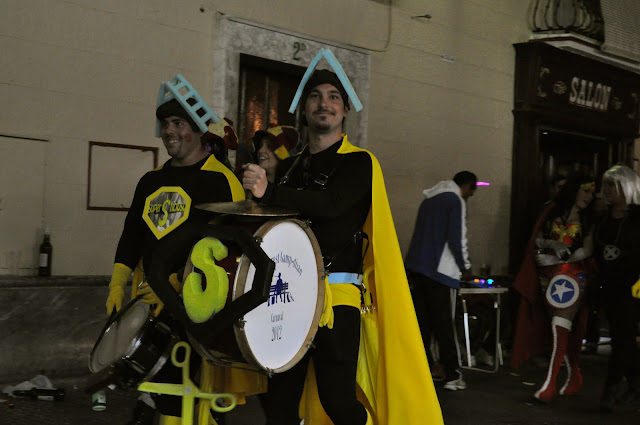 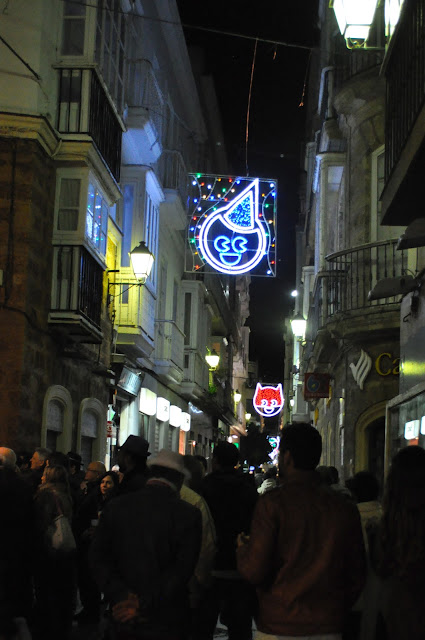 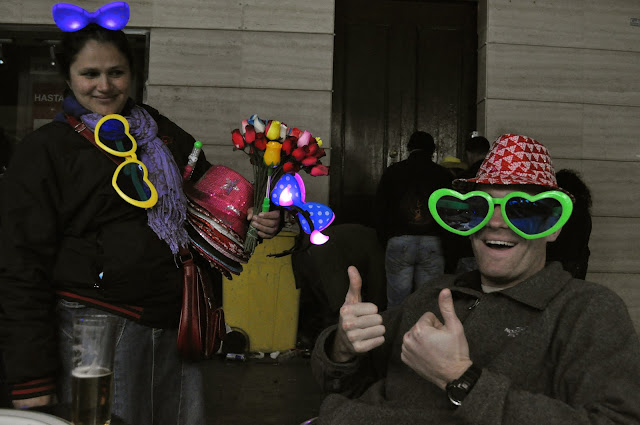 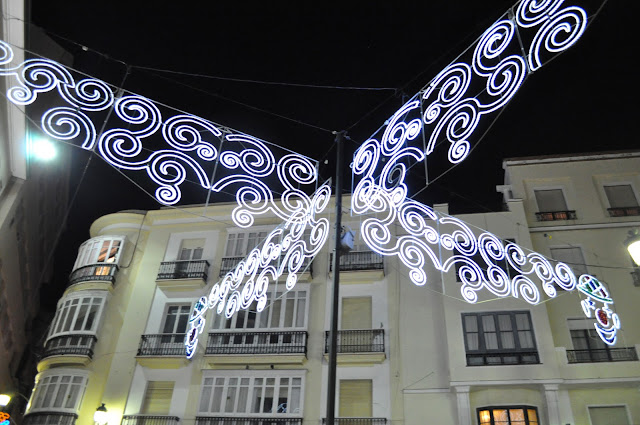 After running to our ferry (the last one of the night) these were the only seats left... 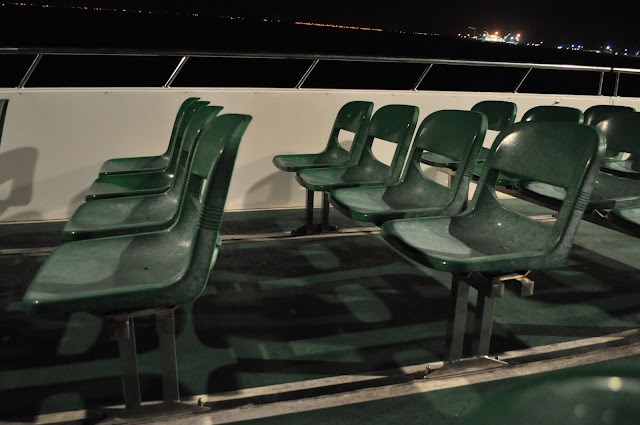