I am still recovering from the excitement of the Ravens winning the Super Bowl! Part of that might be the fact that I was up until 6 am, since Super Bowl Sunday was actually Super Bowl Monday here in España. But the lack of sleep was totally worth it for this Maryland girl!

I spent most of Sunday anticipating the big game and wearing purple, even to my afternoon riding lesson. 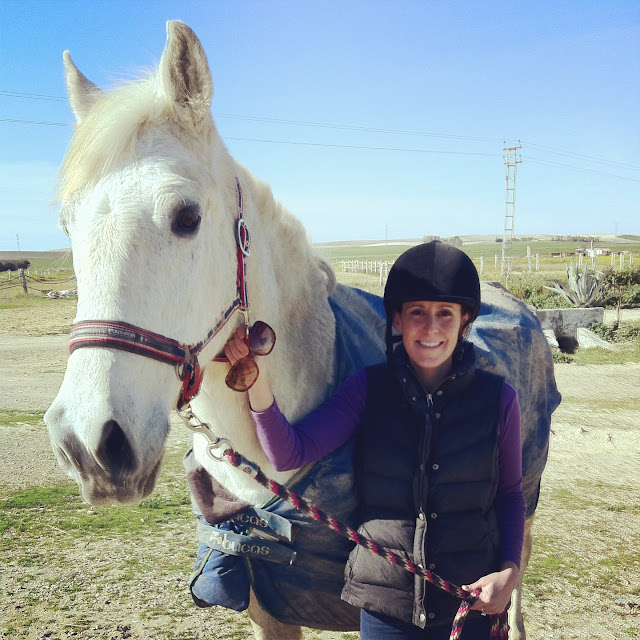 We had homemade crab soup for dinner (Maryland!) while watching pre-game coverage, then took a little pre-kickoff siesta.  (Please excuse the random mix of iPhone snaps, instagram, and Nikon pics - I was just using whatever was within reach, while my eyes were glued to the tv.) 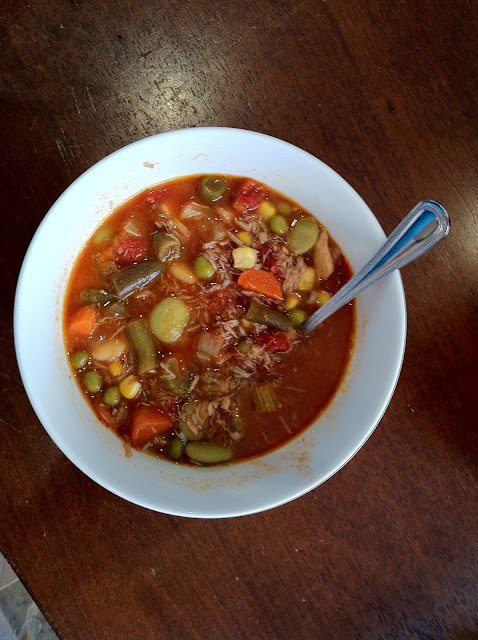 I made some game time snacks, put the pups' Ravens gear on, and had a few people over. We bought an NFL Game Pass subscription at the beginning of the season (overseas futbol americano fans - this is a must!) which meant we could watch in HD and see the commercials. 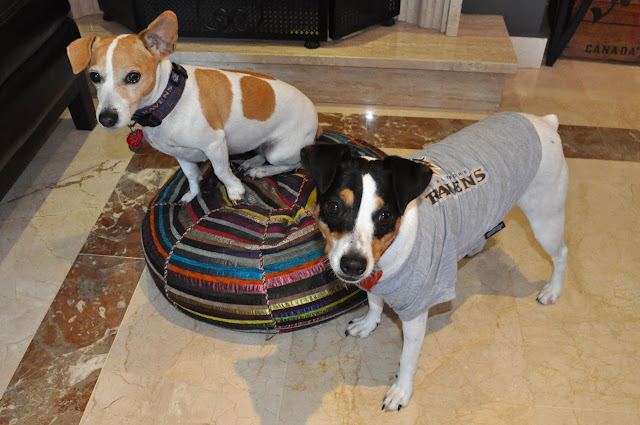 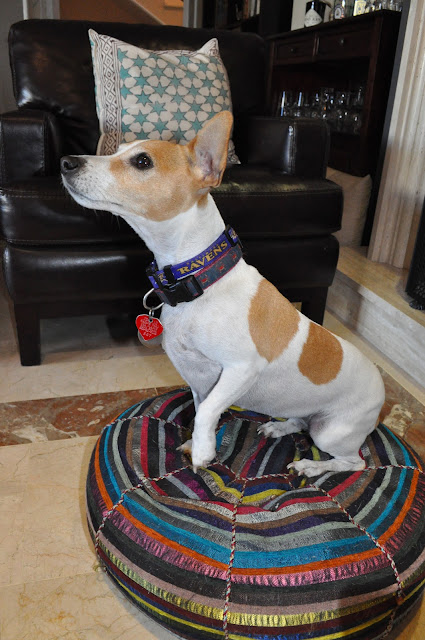 Sidenote: Yes, Chloe and Cora think that the pouf that we bought (haggled for in 110 degree August heat for 30 minutes) in Morocco is a dog bed. 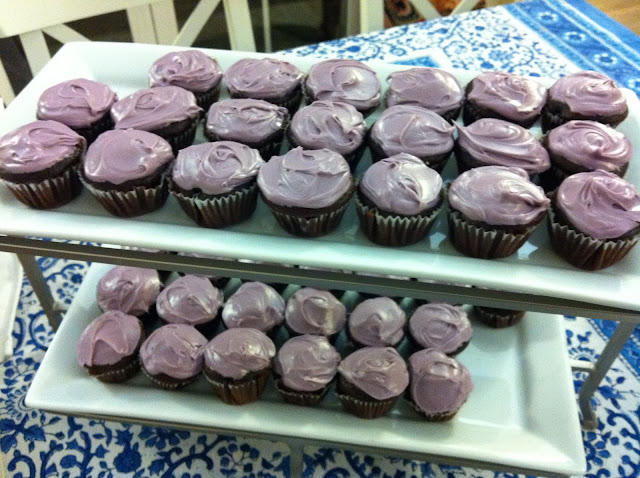 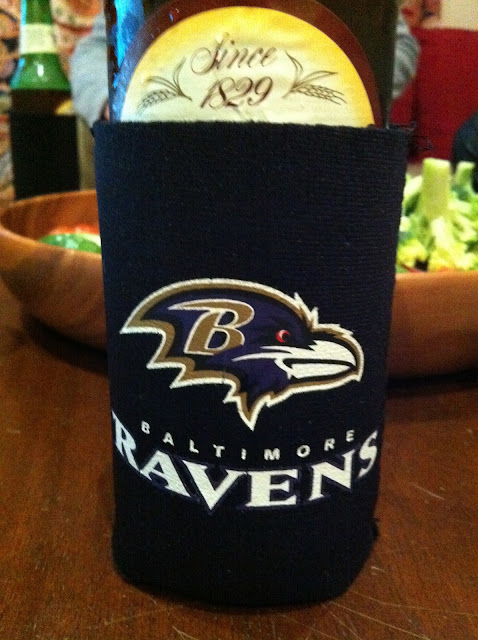 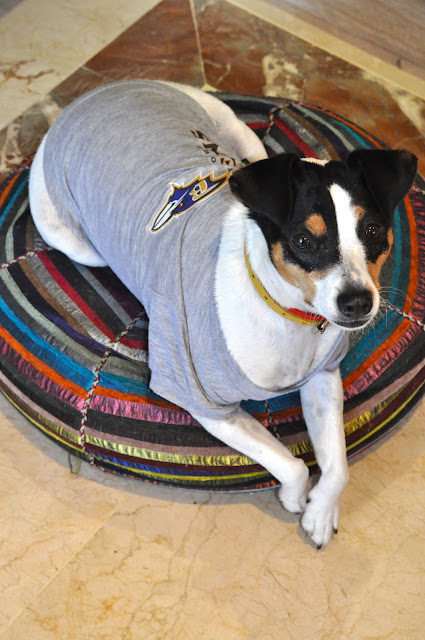 You know the rest - football, halftime show, football, blackout, football, near comeback by the other team - Ravens win!!! After the longest Super Bowl in history, it was 5 o'clock in the morning. Which meant it was time for celebratory cava and purple cupcakes, of course. 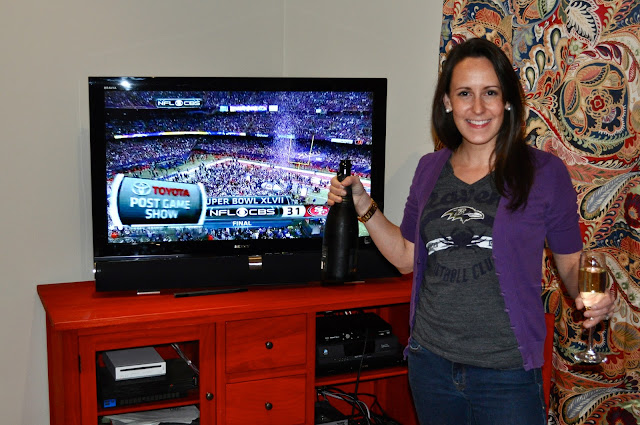 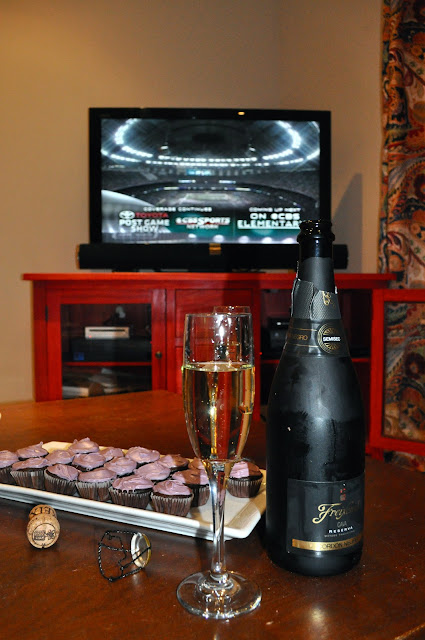 Some of the Ravens fans in the casa called it a night, but I couldn't even try to go to bed until after 6 am, I was so excited! 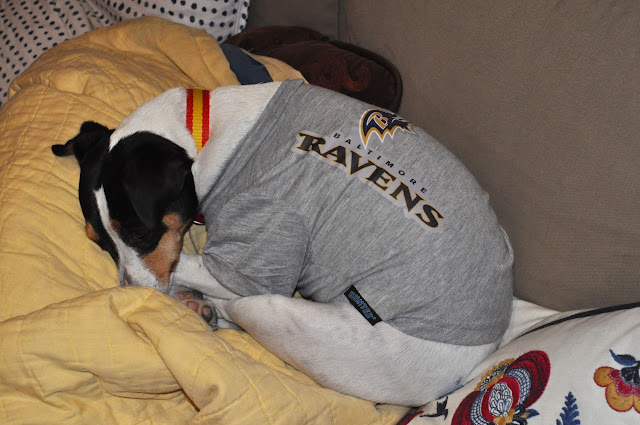 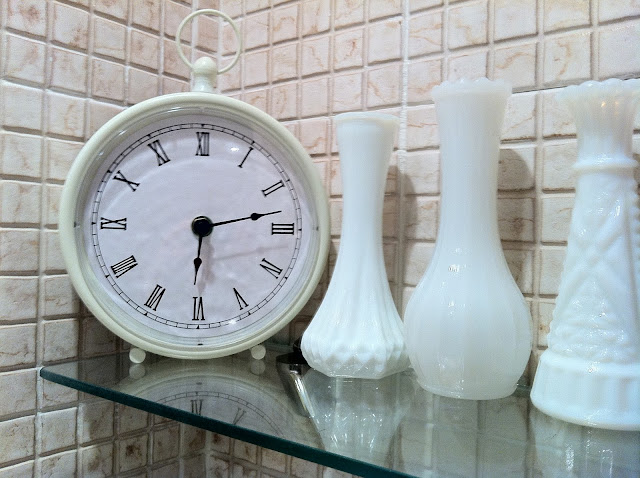 Watching my team win the Super Bowl was so great, and also a little bittersweet, since I am far away from my home state right now. I know I missed out on being surrounded by other fans and a sea of purple, but it also made me feel connected to all those people who were doing exactly the same thing I was - cheering for the Ravens, especially in those exciting final seconds of the game.

Did you watch the game? Were you more interested in the halftime shows or the commercials? And just one more thing...RAVENS!