I admitted a while back (in this post) that I don't drink coffee. I have never been a coffee drinker...well, except for when I was studying abroad in Budapest and would order cappuccinos, because that's what you do when you're 20 and living in Europe. So, I have spent years starting my day with cold, crisp caffeine from a diet soda, specifically a diet Dr. Pepper. I know, so American/gross of me.

When we moved to España, I really wanted to experience the Spanish way of life in every way (all while butchering the language with my Spanglish), but couldn't bring myself to order a simple café. While others drank coffees at the end of a meal, I would get another glass of Rioja (how's that for embracing the culture?) and be perfectly content.

Until I was out with a Spanish girlfriend, who suggested we stop for a café and I figured, why not give it a try? I mean, never say never, right? I learned to like dark chocolate. I lived in south Texas for 2 years. I married someone in the military. Crazier things have happened.

One café con leche later and I was in love... 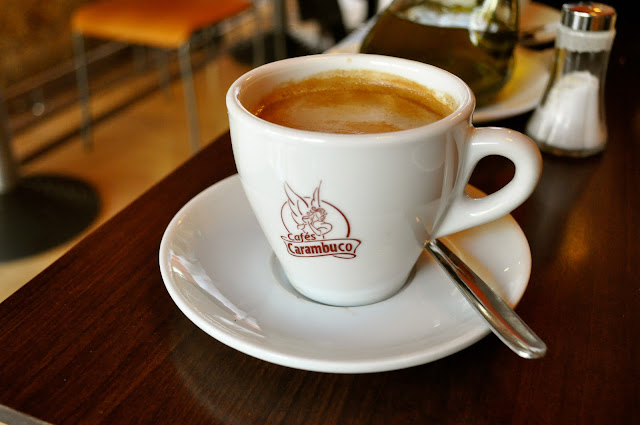 That means I can now happily order a café and do things like go on a breakfast coffee date with Graham and not look like a total Americana. Which is exactly what we did one weekend morning.


You can get a coffee just about anywhere, so we chose a nice little place in the neighborhood next to ours. 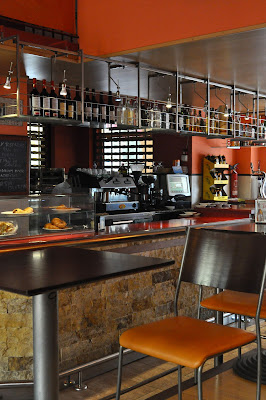 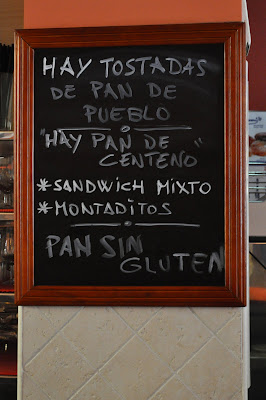 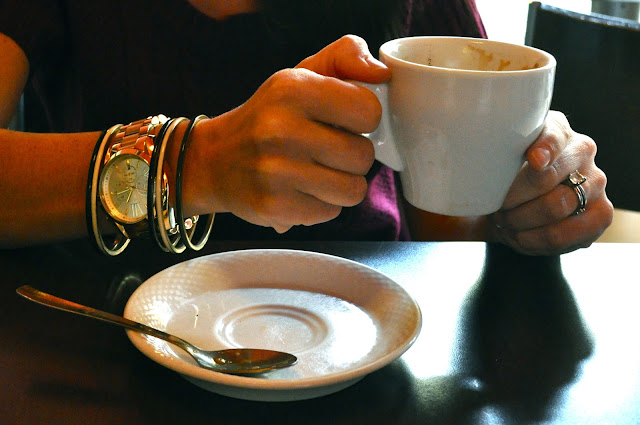 I ordered my new fave, a café con leche, and pan con tomate - a typical breakfast of toasted mollete (which is like a thick English muffin, for lack of a better description) and tomato purée. Graham had his with jamón...even more Spanish. 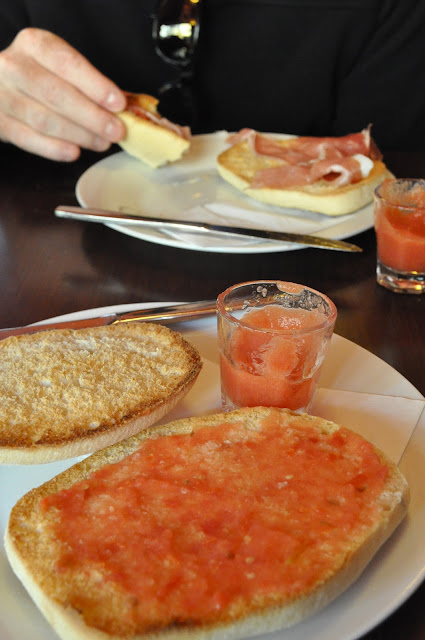 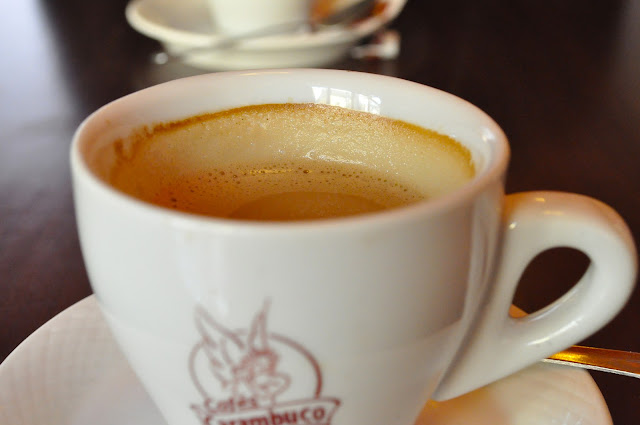 Maybe my tastes have changed or maybe the coffee here is just better, but either way I think this might turn me into a coffee snob - it is just so very tasty, strong but not bitter.

All coffee in España starts out as what we Americans would call espresso and each cup is made to order - no giant carafe sitting on a hot plate for hours here. You can order it just like that - a café solo (espresso) or café doble (a double) or a number of variations, most involving how much steamed milk is added. Some of them are...

manchado - literally "stained", more milk than coffee
(not my favorite to drink, but I love the expression)

And if you want that familiar, weaker version so popular in the States, easy enough, just order a café americano. The waiter will be happy to bring you a watered down version. 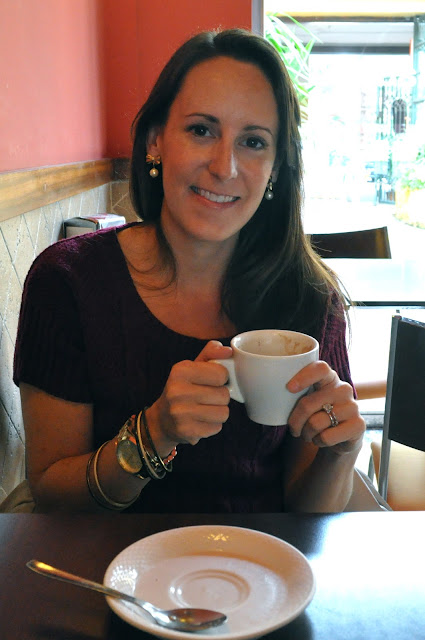 So, that's my little story of how I tried something again and realized that I actually liked it, a lot. This Americana is now officially a café con leche lover.