Pancakes and giving something up...

Mardi Gras, Fat Tuesday - in the States most people think of New Orleans, parades, beads, and drunken debauchery. Here in southern España, it's Carnaval time. Many towns have their own celebrations, with Cadiz hosting the biggest and most well-known, attracting revelers from all over Europe for a 10-day party. I'll have a whole post on that craziness soon.

Where I'm from Fat Tuesday is Pancake Tuesday. Churches host pancake dinners or people make breakfast for dinner (brinner!) at their house. The tradition comes from emptying your pantry of sugar, eggs, and other fatty deliciousness before Lent begins. For us non-religious folks, it's a good excuse to have a big midweek brinner, and so we invited some friends over to the casa on Tuesday night. 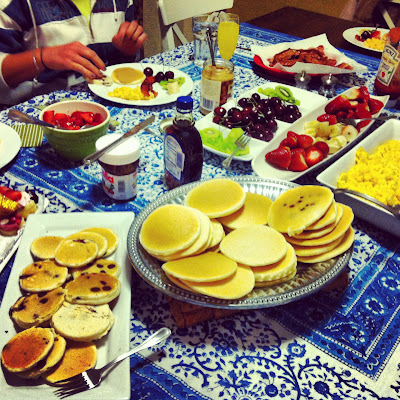 It was a delightful feast with friends and a fun way to share a tradition. There was lots of good conversation and the question about who was giving something up for Lent (and what) was thrown about.

I'm not Catholic, neither is Graham, or really any particular religion, but I like the challenge of giving something up for 40 days, sometimes it's good to test your willpower. So for the last few years, I've given something up. It also makes it easy if you get asked about why you're not eating/drinking/doing something you normally do - it's Lent. In the past, I've always given up eating meat. At this point, I hardly eat any meat at all (not never, I consider myself "flexitarian", still eat seafood often and meat rarely).

Last year, even though Graham said it was too easy, I gave up meat again, but I knew that really wasn't enough of a challenge this year. After thinking for a bit, I knew what a true test of willpower would be


- saying adios to my beloved diet Dr. Pepper. So cold, crisp, filled with caffeine, and just a walk to my refrigerator away...

I recently discovered that I like love cafe con leche, but honestly, it's just not practical to begin every day with a walk to a local cafe. Not to mention, to-go coffee is unheard of here. And I've been starting my day with a diet soda for years, so I knew this would be tough.

This morning I made myself some tea, avoiding the shiny, cold can in the fridge. Day one, so far, so good. Truth be told, I'm hoping this is the kickstart I need to get over my diet soda habit. I know giving up diet soda won't change the world and it's certainly not something I would label a "sacrifice". But it's a healthy decision that I'll be proud of if I stick with it. 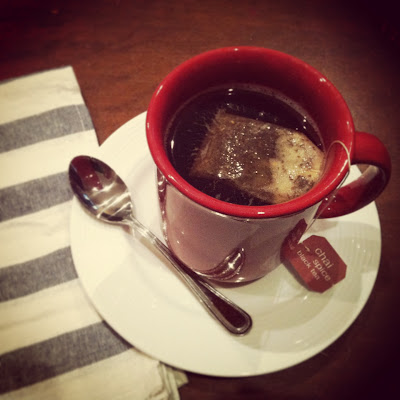 Are you giving anything up? Or taking something on? I love that interpretation, too.
Posted by Meghann G at 11:52 PM